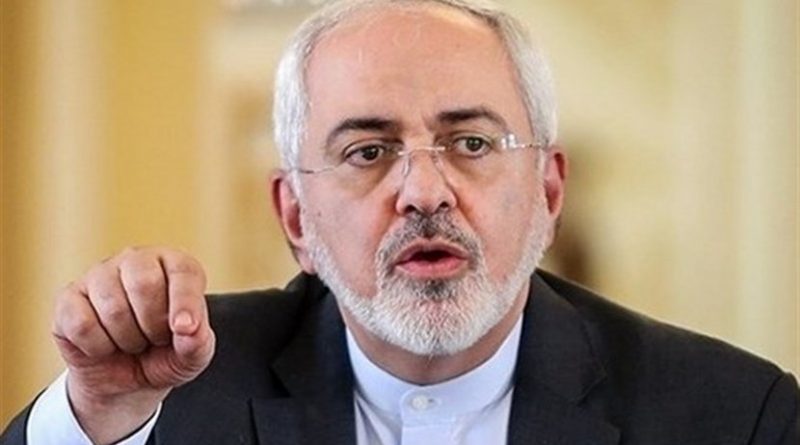 After George Floyd was murdered, many countries took a stand in his defense.

Amid this, the Iranian regime, being under economic sanctions and international isolation for its human rights violations, is seeking to exploit this tragic death for its own political ends.

Iran’s foreign minister posted a tweet on June 1 reading: “The suppression of agonized people of America and restrictions imposed on the media must stop immediately.” The ministry’s spokesman pointed out that the recent events in the U.S. are “the result of years of oppression and violation of freedom of speech of American citizens.”

In an interview on June 1, the U.S. national security adviser accused Iran of meddling in the unrest in the U.S. He was right.

To incite public opinion against the U.S. over this, the mullah regime set up booths in the Tehran streets so people could light a candle for George Floyd on Wednesday, May 28. This gesture in support of Floyd was nothing but a tool for Tehran to disguise its savagery in violating human rights and exporting terrorism.

IRNA, Iran’s state-run news agency, reported that Ibrahim Raisi, the head of Iran regime’s Judiciary, and one of the henchmen in the massacre of 30,000 political prisoners in 1988, referred to the current protests in the U.S. on Tuesday, June 2, and said: “Those who claim they hold human rights in high esteem are silence when the primary human rights are trampled in U.S.”

Iran’s regime is just shedding crocodile tears for George Floyd, while during the protests of November 2019 in 219 cities of 29 of the Iran provinces against a surge in gasoline prices, the Iranian regime’s supreme leader, Khamenei, ordered the security forces, forces of the IRGC and Bassij (para-militia), to shoot at the protesters with live ammunition.

In one case in the city of Mahshar, southern Iran, IRGC forces targeted the protesters who had fled into groves with semi-heavy weaponry. On December 23, 2019, in a report quoting three officials of Iran’s Internal Ministry, Reuters reported that the number of protesters killed in two weeks during November 2019 uprisings were more than 1,500.

Amnesty International, publishing the details of the event, reported that at least 304 men, women, and children have been killed in the protests by Iran regime’s security forces and many others are missing. It emphasized that the Islamic Republic forces carried out “the policy of shoot to kill” against the protesters during the November unrest.

Following international pressure, after seven months, Abdol-Reza Rahmani Fazli, the interior minister, while defending cutting the internet during the November protests connoted in a TV show on May 31 that the number of those killed was at least 225 persons.

At the peak of the protests, Leila Vatheqi, Shahr-e-Quds’s governor (close to Karaj in the west of Tehran) appointed by Rahmani Fazli, clearly confessed in front of the state-run dailies’ cameras that she has ordered the shooting.

This is a known tactic by the Iran regime to seize opportunities and abuse incidents by demonstrating human rights gestures in order to cover up the fact that it suppresses protests, is tangled amid a lethal economic crisis, and has mismanaged the coronavirus outbreak within its borders. In this manner, it wants to lead astray the public opinion from the crises it is already sunk into.