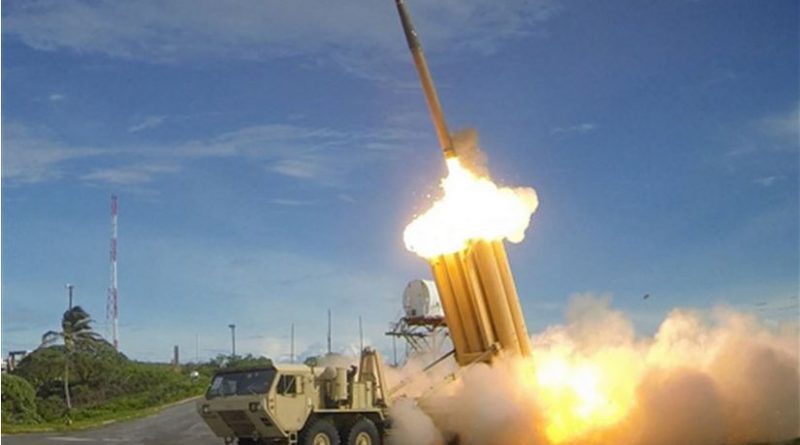 Interviewed Wednesday at RT, foreign nonintervention advocate and former presidential candidate Ron Paul said that “we’re hearing the same type of war propaganda” in regard to North Korea as Paul recalls hearing as a United States House of Representatives member in regard to Iraq in the run-up to the 2003 US invasion of Iraq. Who benefits from the lies? Paul points to “the people who make a lot of money off of war, not only the people who sell weapons but also the people who gather up the oil and the natural resources.”

In addition to war propaganda, Paul says he is concerned about a “false flag” incident precipitating war between the US and North Korea. “What I worry about is a false flag,” Paul says in the interview. “We have our ships over there, and we have these military exercises, and all they have to do is have one American ship shot at and sunk or something, and then it would be all-out war — and never ask [the] question, ‘Who did what?’” Paul explains.

While Paul says he hopes the likelihood of a US military conflict with North Korea is at less than 25 percent, he warns that a war would be a disaster, mentioning, for example, the great destruction that would be expected to occur in Seoul, South Korea’s capital and most populous city, that is relatively close to the demilitarized zone (DMZ) between North Korea and South Korea.

Paul also cautions that Trump, who has spoken in favor of improving relations with Russia, is wrong if he thinks his approving the sanctions bill will placate individuals in the deep state who “are determined, almost obsessed, with making sure there is no friendship between the United States and Russia, between [Russia President Vladimir] Putin and Trump.” “If you give in,” concludes Paul, the deep state will “just add on to the pressure.”

In the interview Paul mentions advice he had volunteered to Trump in regard to the sanctions legislation. To see some of Paul’s thoughts on the matter from before Congress passed and Trump signed the sanctions bill, which also deals with sanctions on Iran and North Korea in addition to Russia, read Paul’s July 24 editorial “Trump Should Veto Congress’ Foolish New Sanctions Bill.”