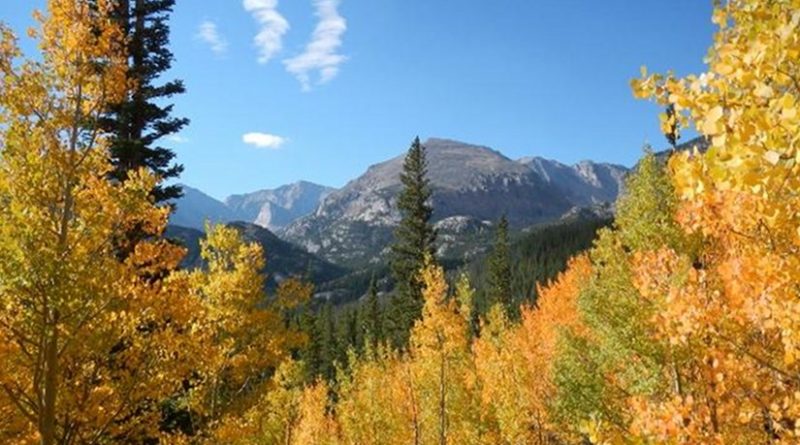 A sub-alpine forest in Colorado. Forests in the southwestern US are expected to be among the hardest-hit, according to the projections resulting from the study. Credit: Sydne Record

Researchers at Colorado State University and The Ohio State University have found that a cultural backlash stemming from the rise of populism may limit opportunities for state fish and wildlife agencies to adapt to changing social values in the United States. The team reached this conclusion by analyzing more than 12,000 surveys from 19 states and studying ballot initiatives related to hunting.

Based on the new study, researchers found that in states with the largest change in social values, individuals who held traditional values had lower levels of trust in the state wildlife agency. In contrast to traditional values, in which people believe wildlife exists for their benefit, the researchers describe an emerging set of values, in which wildlife and humans are seen as part of a connected social community, as mutualism.

“With a growing proportion of mutualists in a state, traditionalists begin to lose trust in the state’s fish and wildlife agency,” said Michael Manfredo, lead author on the paper and head of CSU’s Department of Human Dimensions of Natural Resources. “Based on our research, wildlife agencies, which focus on statewide mandates, increasingly engage with people who are mutualists, looking for common ground, and the traditionalists would feel this challenges their influence in policymaking.”

The team found a growth in ballot initiatives to protect hunting rights from 2000 to 2016, in contrast with the number of ballot initiatives from the previous decade that sought to restrict certain hunting and trapping practices. Researchers said this indicates a culutural backlash that they predict will intensify conflicts over wildlife management and may constrain institutional change. Wildlife management agencies may need to explore new models of governance that encompass diverse values, the study authors said.

The study was published in September 2017 in Biological Conservation.

The recent trend toward populist politics has occurred, in part, as a result of a cultural backlash, where select segments of society have rallied against progressive social changes of the later 20th and early 21st centuries. This trend includes the Brexit vote in England, election of Donald Trump as U.S. President, and increased representation of populist parties in European parliaments.

In the case of wildlife, researchers examined the clash of values held by different segments of the public. Over the latter half of the 20th century, traditional values that emphasize the priority of human uses of wildlife have slowly been giving way to mutualism values that shape views of wildlife as fellow beings in a common social community.

At the state level, this trend is associated with increases in urbanization, education and income. These opposing values contribute to conflict over support for various forms of wildlife policy.

One area where the researchers looked at for evidence of backlash was in the surge of wildlife-related ballot initiatives. In the 1990s, there was a rise in initiatives that limited certain forms of hunting and fishing. In Colorado, initiatives included a ban on spring bear hunting in 1992 and the elimination of recreational trapping in 1996.

Between the turn of the century and the present, however, there has been a counter surge of ballot initiatives, most of which focus on protecting the right to hunt. This trend, the authors said, offers evidence of actions among traditional groups to fight back against change.

To dig more deeply, the researchers used data from a 2004 study of wildlife values in which 12,673 people from 19 western states were surveyed. The researchers looked to see if they could determine the basis for backlash at what appeared to be a critical transition time.

Findings from the 2004 study support the presence of a backlash. While most agencies are primarily funded by the sale of fishing and hunting licenses, eight out of 10 mutualists support a funding model in which all residents pay and are all represented in the policymaking process. In contrast, only six in 10 traditionalists support that model. Using an approach that measures the potential for conflict across many issues, the authors also found that states with higher proportions of mutualists have a much greater likelihood of disputes over wildlife issues.

“With the diverse values held by citizens, wildlife managers and wildlife commissioners across the country are finding it more challenging to reach decisions that are socially acceptable and politically sustainable,” said Chris Smith, western field representative for the Wildlife Management Institute.

The authors said that in the future, wildlife conservation faces daunting challenges such as resource degradation and overuse, human development, drought and climate change.

“The greatest challenge might be in finding ways to bring oppositional groups in the public together to address those issues,” said Manfredo, a professor in the CSU W

Home » Rise Of Populism Affects Wildlife Management In US