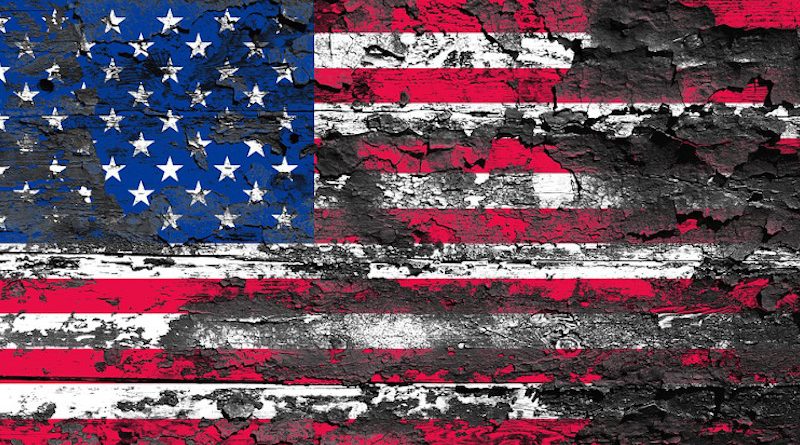 It’s one thing for mass democracy to produce bad results, in the form of elected politicians or enacted policies. It’s another when the democratic process itself breaks down because nobody trusts the vote or the people who count it. But that’s precisely where we are.

As things stand at this writing, last night’s presidential election remains undecided and looking ugly. At least six states are still uncalled, and both the Trump and Biden camps have their legal teams claiming victory. We may be in for days, weeks, or even months of legal skirmishes, all of which can only add to our intense political (or more accurately cultural) breakdown.

Today, perhaps 140 million American voters are in purgatory, fearfully wondering what will happen to them if the other guy wins. This is nothing short of a national psychosis, absurd yet deadly real. And it gets worse every four years, despite the narrowing of any “policy” differences between the two parties over recent decades. If anything, presidential votes are overwhelmingly about tribal affiliations with our kind of person, not substantive ideology.

Yes, this is unhealthy. And yes, the psychosis manifests because the stakes are so high. It manifests because government is far too big and rapacious; lawmaking and jurisprudence too centralized in DC; the unitary executive presidency too powerful; and society too politicized. But these are unhelpful truisms. Plenty of Americans abjectly support more government, more centralized political power, an omnipotent president and Supreme Court, and the sharp politicization of every facet of life.

In Nation, State, and Economy Mises talks about a “liberal nationalism” and explains what a confident nation requires:

A nation that believes in itself and its future, a nation that means to stress the sure feeling that its members are bound to one another not merely by accident of birth but also by the common possession of a culture that is valuable above all to each of them.

What, then, is the common culture Americans possess?  What binds us together as a unifying principle? Is it language? Religion? Constitutionalism? Love of country? (What country?) Markets? It certainly is not obvious, and few of us feel optimistic about America’s future. Worse still, covid lockdowns have attenuated the ostensibly nonpolitical spheres of life—from family and work to sports, dining, movies, and travel. When we stare ourselves in the mirror all day, and read everyone’s innermost thoughts on social media, we find familiarity breeds contempt.

Regardless of how the election turns out, it’s obvious America is not much of a country anymore, much less a nation. The sooner we accept this, the sooner we can get to work asserting the principles of federalism, subsidiarity, nullification, and even secession. None of the current frictions will get better over time, but they can get much worse—and our most important task must be to avoid any movement toward outright civil war.

There are workable baby steps toward this. Law professor Frank Buckley writes about “secession lite” in his sober and reasoned book on the subject of a national breakup. Buckley sees a third-way approach between our current disfunction and an outright breakup into new political entities, primarily through aggressive federalism and state nullification. This echoes sentiments from Professor Angelo Codevilla, who similarly argues that the feds simply lack the manpower to enforce federal laws and edicts on recalcitrant states. Just as blue states declared sanctuary cities as havens from Trump’s immigration policies, red states could restrict all manner of federal dictates (abortion and gun control come to mind) while simply daring the feds to interfere. At the end of the day, Codevilla reminds us, there are only a few million of them and many millions of us. And progressives too share this sentiment; even if Biden prevails, they remain shaken by the degree of Trump support. In fact the 2016 election saw the New Republic advocate nothing short of a renunciation of the hated red states.

Things don’t have to be this way. Americans are lovely people—generous, open. But politics divides them in the worst and most unnecessary ways. It’s time to break up, and millions of us sense this instinctively. So what’s stopping us?

For one, secession remains bound up with the Civil War and Confederate slavery in the American psyche, distant in time as they are. Manifest Destiny and the westward expansion resulted in a nice, round number of fifty states, a nice, big American number. Throw in a few specious Supreme Court decisions like Texas v. White, and it’s no surprise many Americans still have concrete between their ears on the subject.

But Trump may have changed all that. And if you want political liberty to retain a foothold in the US, if you want Misesian liberalism to show a heartbeat in the West, you should cheer this.

Americans by and large are lovely people—open, generous, friendly, and quick to forgive. A hyperpoliticized environment, where everything is existential and rooted in race, sex, and sexuality, is deeply at odds with our character and well-being. We deserve to live peaceably as neighbors, even if that means breaking up and creating new political entities. Addressing the reality of our dysfunction is not divisive; the divide already exists. Our task is to apprehend this and end the charade of one nation.

*About the author: Jeff Deist is president of the Mises Institute, where he serves as a writer, public speaker, and advocate for property, markets, and civil society. He previously worked as a longtime advisor and chief of staff to Congressman Ron Paul, for whom he wrote hundreds of articles and speeches. In his years with Dr. Paul he worked with countless grassroots activists and organizations dedicated to reducing the size and scope of government.

Home » What Will It Take For Americans To Consider Breaking Up? – OpEd