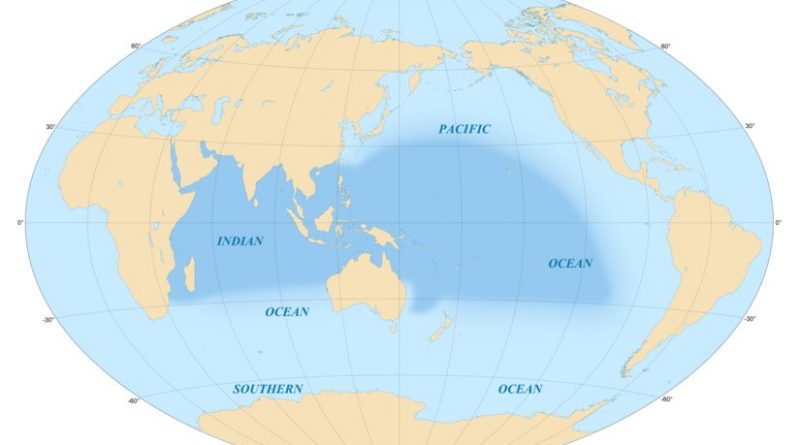 Indo Pacific Asia as a geopolitical conception replacing the earlier concept of Asia Pacific has evolved markedly since 2008-2009 synchronous with China’s switch from exercise of ‘Soft Power’ to ‘Hard Power’ in Chinese strategic formulations in its Asian strategies which since then singularly are characterised by aggressive military brinkmanship.

In the security formulations and regional and global debates, in response to China’s military aggression and brinkmanship from the High Himalayas to the South China Sea, the burgeoning China Threat to Asian security acquired a wider geopolitical dimension which necessitated encompassing the Pacific Theatre and the Indian Ocean Theatre as one joint security entity.

The Indo Pacific as a geopolitical construct was also a tribute to the growing salience of India not only as an ‘Emerged Power but also as a ‘Leading Power’ which with its existing power attributes and power potential was perceived as capable of playing a wider role in contributing to the security and stability of not only the Indian Subcontinent and the Indian Ocean Region but also as a significant player in the security and stability of the Western Pacific more specifically.

Continuing in the same vein, India was perceived in Asian capitals and by the United States as a vital existential counterweight to China hell-bent on challenging the existing security and stability templates prevailing in the Pacific and in Indian Ocean Region. More specifically, India was increasingly perceived and India also started perceiving itself as a regional provider of nett security.

The existing Asia Pacific security architecture basically revolved around the United States bilateral security treaties with Japan and South Korea and earlier with the Philippines too. It also rested on the nearly 40,000 each military presence of US Forces in Japan and South Korea as US Forward Military presence in the Western Pacific along with the US Seventh Fleet, the US Third Marine Expeditionary Force and sizeable US Air Force components deployed in Japan and South Korea. With the US Strategic Pivot to Asia Pacific in 2012 Guam has been built up sizeably as a major US Military Base in US Territory in the Pacific.

The prevailing US security architecture in the Western Pacific stood the test of time in acting as deterrence in the Cold War with the Former Soviet Union and later against a military rising China. However, China’s exponential military and strategic buildup, in particular naval buildup, in the last decade without a serious checkmating by the United States has diluted the United States deterrence in the Western Pacific visibly in end-2017.

China exploited the American preoccupations with Afghanistan and Iraq, the domestic political compulsions within the United States of sequestered defence budgets and the US obsession with a China-Hedging Strategy to indulge in aggression in the South China Sea against its smaller ASEAN neighbours and has now established sovereignty sway over this wide maritime expanse by constructing artificial islands which now house significant military facilities.

In the same period with the emergence of Chinese President Xi Jinping in 2013 and in pursuance of his grandiose Great China Dream Chinese military confrontation and brinkmanship markedly increased along the Himalayan Borders of India with China Occupied Tibet and a concerted Chinese naval effort to challenge the status quo in the Indian Ocean dominated geopolitically by India.

In end-2017, Asian security extending from the Pacific to the Indian Subcontinent and Indian Ocean Region stands severely challenged by China and Chinese rogue nuclear proxy powers. The picture would have been different had Russia not opportunistically sided to give strength to a Cinna-Russia strategic nexus visibly endorsing China’s military aggressive brinkmanship in the Indo Pacific region.

In end-2017, this Communist and military authoritarian coalition led by China has no visible integrated matching coalition of Asian democracies to give some semblance of a formal security coalition so that Indo Pacific Asia ‘balance of power ‘is maintained and ensured.

The only regional grouping in the form of ASEAN with security contours has been effectively divided by China’s machinations and incapable of providing security and stability in the ASEAN region spanning both East Asia and South East Asia.

Revived evolution of the ‘Trilateral’ and the ‘Quadrilateral’ incorporating the United States, Japan , India and Australia is still in a nascent form, more as a muted response to China’s domineering sway -strategies for Indo Pacific Asia. These evolutions are intended to be superimposed on the existing US security architecture existent in the Asia Pacific

Contextually therefore security imperatives exist that an aggressive China which has already inflicted significant security turbulence from India to the South China Sea and all available indicators portend that China is likely to continue with its irresponsible streak of disruptive conflicts is counterbalanced by the formation of an “Indo Pacific Treaty Organisation”.

The proposed Indo Pacific Treaty Organisation (IPTO) needs to be organised and patterned on the lines of NATO which has stood the test of time even after the dissolution of the former Soviet Union.

The Cold War held the peace in Europe and never became a ‘Hot War’ simply because running across Central Europe were congealed lines of military confrontation of the two powerful military alliances facing each other, namely, NATO as the Western Alliance and the Warsaw Pact comprising the Former Soviet Union and its Eastern Europe Communist regimes.

Historically, military alliances between nations have been a natural consequence to ward off exiting or impending threats by rise of aggressive disruptionist powers. Such military alliances have been small or big but it encompassed a coalition of likeminded powers joining together in the cause of overall peace and stability.

Formation of an IPTO earlier could also have been delayed by United States and Asian hopes that a rising China would emerge as a responsible stakeholder in Asian security. These pious hopes on China stand hopelessly belied on the verge of the third decade of the 21st Century.

In the past security organisations like SEATO were founded based on ideological confrontations. But in end-September 2017, it is not ideological imperatives that impel formation of IPTO but a shared concern of like-minded Asian countries in the Indo Pacific to ward off the potential China Threat generated by a Chinese President who has presided over the switch-over of Chin’s strategic formulations from exercise of ‘Soft Power’ to ‘Hard Power’ in pursuit of China’s bid for superpower stardom.

The proposed IPTO’s formation should be spearheaded by the United States, Japan, India and Australia who are already members of the Quad. United States is the unipolar Superpower, notwithstanding China-initiated propaganda that USA is a power on the decline. Russia and China comparatively, even when put together, are no match for United States global predominance.

Japan and India are now not only Emerged Powers but also recognised as ‘Leading Powers’ with comprehensive power potential to add significant strategic ballast to United States global predominance. Japan and India are Asian Powers in contention with China which aspires to establish hegemonic sway over the Indo Pacific.

Australia is the dominant power with continental dimensions dominating both South Pacific and Southern Indian Ocean. It has been an important player in South East Asia security for decades.

Put together all these Quad countries represent a significant counterweight to any Chinese military adventurism in Indo Pacific. With them as the core of IPTO many other important nations in Indo Pacific which have major concerns pertaining to China would be willing to join IPTO. Notably, South Korea, Vietnam, Indonesia, and the Philippines are membership candidates for IPTO. One should not rule out Myanmar, Bangladesh and Afghanistan as potential members of IPTO.

Two questions come to the fore in relation to the formation of IPTO. The first, and on which many questions would be raised is whether IPTO when formed would have the potential to deter China’s military adventurism? Secondly, whether India would be a willing member of a multilateral security organisation going by its historical aversions?

Answering the first question, there are no reasons to believe that China will not be deterred by formation of IPTO. China has no alternative mechanisms to form a counter-balancing coalition in Asia on the lines of the Warsaw Pact. China’s only natural allies are North Korea and Pakistan perceived as rogue nuclear states. It is debatable whether Russia is going to join in any formal China-led coalition to counter-balance IPTO

China already betrays concerns on the growing strategic proximity of Japan and India to the United States and also opposes the evolution of the Quad.

Coming to the question of India’s readiness to join IPT, it needs to be considered that the India of the 21st Century is no longer weighed down by the Nehruvian shibboleths against strategic partnerships or forming part of a multilateral security or security-oriented organisation. If it had been otherwise then India would not have forged a significant US-India Strategic Partnership or re-joined consultations on the revival of the Quad. Both of these initiatives are implicitly catering for the rising China Threat.

India’s ‘Act East Policy” including joint naval exercises in the Western Pacific is nothing more than an assertive response to China’s increasing naval intrusiveness in the Indian Ocean. Participation by India in the multilateral naval exercises whether in the Western Pacific or the Indian Ocean is a sign of India’s counter-moves against the growing China Threat’s maritime dimensions?

More ominously, the emergence of military-predominant China-Pakistan Axis on India’s doorsteps should be an added catalyst for India to found and join a multilateral security organisation to counterbalance China’s decided threatening moves on the South Asian chequer-board.

The full ramifications of China’s geopolitical tussle with India on the wider Asian strategic chequer-board and the ramifications of the China-Pakistan Axis impinging on India’s security and national interests stand analysed in my last Book: ”China-India Military Confrontation: 21st Century Perspectives” That should be a wake-up call for India’s security establishment.

Since China in 21st Century’s second decade manifests by its actions both a continental land threat and a maritime threat in the Indo Pacific, the proposed composition of IPTO encompasses core security capabilities covering both continental and the maritime dimensions of the Pacific Ocean and the Indian Ocean.

In Conclusion, the major points of consideration offered are as follows:

If NATO could hold the peace in Europe for more than half a century and even now, then there are no reasons to doubt that the formation of IPTO would not be able to ensure likewise in the Indo Pacific expanse.

In 2004, a number of prominent progressives issued statements calling on people to vote for Democrat John Kerry in the