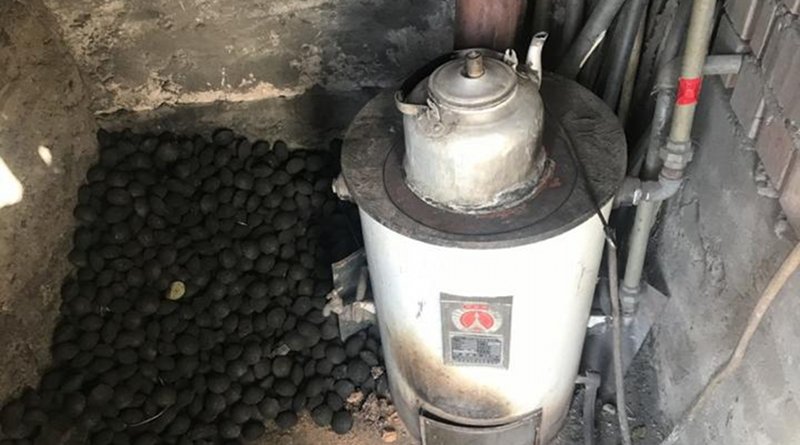 Families have used their traditional stoves for generations. People know how to best use them so that all energy needs are met and so they may be reluctant to stop using them. CREDIT: Ellison Carter

Old habits are hard to break. A McGill-led study of replacement of traditional wood and coal burning stoves with clean energy in China suggests that, without a better understanding of the reasons behind people’s reluctance to give up traditional stoves, it will be difficult for policies in China and elsewhere in the world to succeed in encouraging this shift towards clean energy. The study was published recently in Nature Sustainability.

China is ahead of most low- and middle-income countries in its energy transition: hundreds of millions of rural homes started using clean fuels such as electricity and gas in recent decades. Despite this, many Chinese homes continue using their traditional coal and wood-burning stoves – a trend that is common in many countries.

Air pollution from traditional stoves contributed to approximately 2.8 million premature deaths in 2017 and is a major contributor to regional climate change. Efforts made by governments, NGOs, and researchers to incentivize households to switch entirely to clean fuel stoves and give up their traditional stoves – even in highly controlled randomized trials – have largely failed.

“Families have used their traditional stoves for generations. People know what foods taste best with those stoves and how to best use them so that all energy needs are met,” said Jill Baumgartner, an Associate Professor in McGill’s Department of Epidemiology, Biostatistics and Occupational Health and the senior author on the study by an international team of researchers. “Clean fuel stoves do not always meet all of the energy uses provided by traditional stoves, and may also pose additional costs. The desire to continue using traditional stoves is also seen in the U.S. and Canada, where many homes still use wood fireplaces for space heating despite being well-equipped to only use gas and electric heaters.”

Giving up is hard to do

The researchers gathered data from over 700 homes in three provinces in China (Beijing, Shanxi and Guangxi) using a photo-based questionnaire, which allowed participants to point to each type of stove that they had ever owned. They then asked questions about the frequency and timing of use, as well as what fuel types they used with the household stoves.

“We were surprised by the number of stoves current used in different homes, sometimes up to 13 different cooking devices and 7 different heating stoves,” said Ellison Carter, the first author on the paper who is an Assistant Professor in the Department of Civil and Environmental Engineering at Colorado State University. “We were also surprised to find that most homes that had first started using clean fuels well over a decade ago were still using their solid fuel stoves, again highlighting the enormous challenge of achieving exclusive use of clean fuel stoves.”

The researchers found that the factors associated with adoption of clean fuels were different from those associated with the suspension of traditional coal and wood burning stoves. The common traits among those who stopped using traditional stoves were that they tended to be younger, more educated, and had poorer self-reported health. Those who adopted clean technology tended either to be younger or retired, lived in smaller households, and had a higher income.

Looking at uptake of clean fuels at a global level

This study focused only on China, which is home to over 500 million solid fuel stove users. But an important question for the researchers is how generalizable these results from China are to other countries with different levels of economic development. They were recently awarded funding from the U.S. NIH to develop a framework on the household and community factors that can facilitate suspension of solid fuel stoves. For this work, they obtained a number of nationally-representative datasets on energy use from India, Cambodia, and number of countries in Sub-Saharan Africa to empirically assess this same question in other settings.