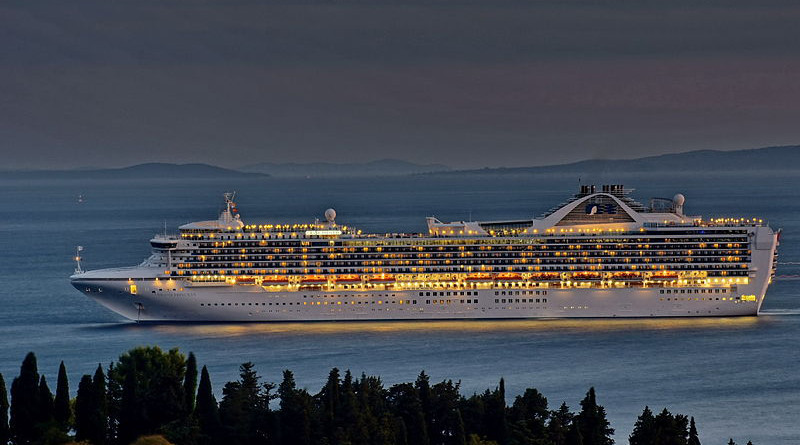 Twenty-one passengers aboard a cruise ship parked off the coast of California have tested positive for coronavirus, Vice President Mike Pence said, as President Trump debates whether to allow them to leave the vessel.

So far, only 46 passengers have been tested for the virus among more than 3,500 people on board, nearly half those coming back positive, leaving some question as to whether additional cases will arise. Five people on a previous voyage on the same ship tested positive for the illness, two of whom remain hospitalized, while one elderly man has died.

“Among those tested … 21 of those on the ship tested positive for the coronavirus,” Pence said at a press briefing on Friday afternoon, noting that 19 of the new patients were crew members, and that one test was “inconclusive.”

The ship – the Grand Princess, which was previously denied entry to San Francisco over fears of the illness – will now move to a “non-commercial port” where the passengers will disembark for additional tests at two military bases in Texas and California, Pence said, adding that “Those that need to be quarantined will be quarantined. Those that require additional medical attention will receive it.”

President Trump, however, signaled on Friday that he would prefer if the passengers stayed on board the ship for now, telling reporters: “I’d rather have them stay on, personally, but I fully understand if they want to take them off.”

It’s unclear how long it will take to offload the passengers at the military facilities, but a major shortage of tests for the deadly virus will likely delay the process.

“The problem is that currently there are not enough tests yet,” infectious disease expert Dr. John Swartzberg, told Mercury News. “So we have to use them in a judicious fashion. And how do you effectively quarantine 3,000 people? We can’t.”

Last month, another ship operated by the same company, Princess Cruises, was quarantined off the coast of Japan for more than two weeks and became one of the largest viral hotspots after some 700 of its 3,700 passengers were infected.