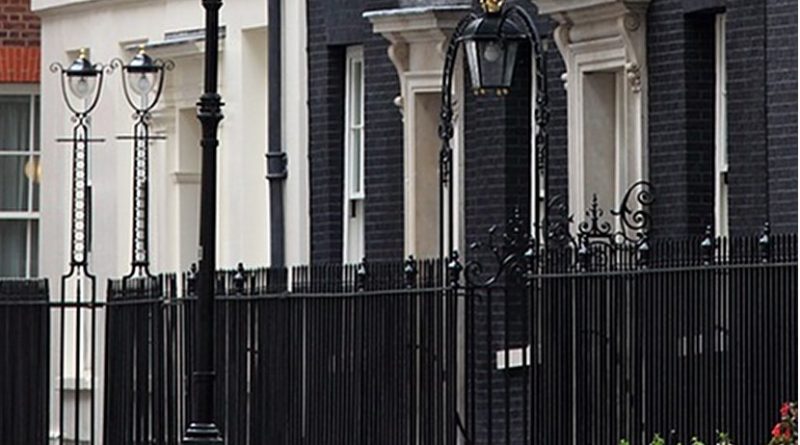 Japan on Tuesday declared a coronavirus emergency in parts of the country, while British Prime Minister Boris Johnson remained hospitalized with COVID-19 and U.S. officials looked for signs the outbreak might be starting to slow in some of the nation’s hardest-hit regions.

Japanese Prime Minister Shinzo Abe said his decision to enact a state of emergency in Tokyo and six other prefectures was based on a need to protect people amid a situation that is “gravely” affecting lives and the economy.

The month-long measure allows for officials to call on people to stay home, and comes coupled with a government stimulus package worth about $1 trillion.

Johnson was hospitalized Sunday after his symptoms persisted while he was in isolation.  His office said Monday his condition deteriorated and that he was moved to the intensive care unit, but not placed on a respirator.

Britain has seen a spike in its coronavirus toll, reporting 600 deaths Sunday and 400 more on Monday.

The United States has experienced about 11,000 deaths, making it the country with the third-highest official death tally, behind only Italy and Spain.

More than 40 percent of the U.S. deaths have been in the state of New York, and the majority in New York City.  The state’s Governor Andrew Cuomo reported a potential sign of progress in containing the spread of the coronavirus with a drop in hospitalizations and critically ill patients.

But he stressed the need to not let up on public distancing efforts, announcing an extension of closures for schools and non-essential businesses through the end of the month.

“We underestimate this virus at our own peril,” Cuomo said.  “Now is not the time to slack off.”

In South Korea, steady progress remained with 47 new infections reported Tuesday, but officials there also remain concerned about a reversal and urged people to stay at home.

There is also consideration of using electronic wristbands to track those under self-quarantine because of the virus.

A similar idea was authorized Monday in the U.S. state of West Virginia, where a judge in the country with the most cases there approved local authorities to put ankle monitors on people who test positive but refuse to go into quarantine to protect others.

Progress in some European nations has led to some of the first steps to reverse lockdown measures and begin to return to some semblance of normal life.

Denmark, following a similar announcement this week from Austria, says it will reopen daycares, kindergartens and primary schools beginning April 15.  Middle and high school would follow on May 10.

The virus has upended presidential primary voting in the United States, but the Midwestern state of Wisconsin is going ahead with its election Tuesday after a court order overturned a decision by the state’s governor to postpone the voting until June.

In Poland, lawmakers approved a plan to hold their May 10 presidential election entirely by mail-in voting.  The measure also allows for the possibility of delaying election day if that is deemed necessary.  The bill must still pass the country’s senate and be signed by the president.

New Zealand has been on lockdown for about one-and-a-half weeks, but that did not stop Health Minister David Clark from taking his family for a walk on the beach.

He apologized for breaking the stay-at-home orders, calling himself “an idiot.”

Prime Minister Jacinda Ardern said under normal circumstances she would have fired Clark, but that given the coronavirus emergency she needs senior health officials in place, and instead stripped him of some of his duties.