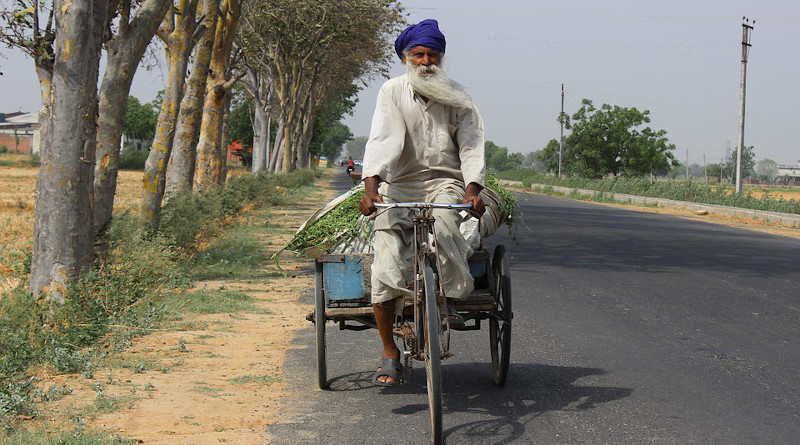 On March 31, 2020, a crowd of Islamist radicals attacked the Gurudwara in Nankana Sahib city. The crowd gathered in the evening in front of the main entrance of the Gurudwara and started throwing stones. The extremists threatened to eliminate every single Sikh faithful from the city and announced that they would give the location with an Islamic name.

Kalyan Singh, a Sikh leader, alleged, “Violence was triggered by the family of Mohammad Hassam, the boy who kidnapped and converted Jagjit Kaur about six months ago. The girl’s parents managed to get her home thanks to the intervention of government officials. But Mohammad’s relatives want the young woman to come back to them.”

Significantly, this was the second such attack on the Gurudwara Nanknana Sahib. A mob led by members of Hassam’s family had pelted stones and raised threatening slogans at the Gurudwara on January 2, 2020 as well.

On March 15, 2020, a mob of Islamists demolished the home of a Christian family in the Kachi Abadi neighbourhood of Okara city under Okara District. According to reports, the home belonged to one Nadeem Sohotra, a 30-year-old sanitation worker. His family was told that they were not allowed to live in the home due to their religious identity as Christians.

On February 29, 2020, three graves belonging to the Ahmadis were desecrated by Police in the Chak-2 Thal Development Authority (TDA) area of Khushab District. The spokesman of the Jamaat Ahmadiyya Pakistan, the Pakistani organisation representing the Ahmadis, Saleemuddin stated,

Police have desecrated three tombstones of Ahmadis’ in a graveyard in Chak-2 TDA. This was done at the behest of mullahs (clerics). The Ahmadis are not even safe in their graves in Pakistan.

Ahmadis are, by law, not considered Muslims in Pakistan. Ahmadis differ with other Muslim sects over the finality of Prophet Muhammad as the last Prophet. The Ahmadi branch of Islam was founded on March 23, 1889, by Mirza Ghulam Ahmad in the Qadian town of pre-partition Punjab. In 1974, the Government led by Zulfiqar Ali Bhutto passed the Second Amendment to the Constitution, declaring the Ahmadis ‘non-Muslim’. Thereafter, on April 26, 1984, the then President General Zia-ul-Haq issued Martial Law Ordinance XX, declaring imposing restrictions on the practice and profession of the Ahmadi faith, and prohibiting Ahmadis from calling themselves Muslim or “posing as Muslims”, offences punishable by imprisonment. In combination, these two Amendments have legalized the persecution of the Ahmadis in the country.

On February 28, 2020, a Christian farm labourer Saleem Masih succumbed to his injuries. He had been tortured for two hours on February 25 for washing himself at a tube well owned by a Muslim farmer in Bhagiana village in Kasur District. Nadeem, his elder brother said,

On February 2, 2020, one Azeem Gulzar (25) was left half-paralyzed after being shot in the head during a mob attack on a church under construction in Sahiwal town under same District. Gulzar, a tailor by profession, had donated his 51-square-meter plot for a community church. The Muslim-majority village is home to about 150 Christians. The attack followed months of heated arguments between Gulzar’s family and Muhammad Liaqat, a Muslim schoolteacher who opposed construction of the church on the empty plot that shares a wall with Liaqat’s house. Several suspects were arrested by the Police but were subsequently enlarged on bail.

According to partial data compiled by the South Asia Terrorism Portal (SATP), five incidents of attack on religious minorities have already been reported in the current year, thus far (data till April 3, 2020). There were six such incidents through 2019 and five in 2018.

According to the US Department of State’s 2019 Country Reports on Human Rights Practices: Pakistan, released on March 11, 2020,

Societal violence due to religious intolerance remained a serious problem. There were occasionally reports of mob violence against religious minorities, including Christians, Ahmadi Muslims, and Hindus.

These incidents falsify the claim of Pakistan Prime Minister Imran Khan, who tweeted on February 26, 2020,

I want to warn our people that anyone in Pakistan targeting our non-Muslim citizens or their places of worship will be dealt with strictly. Our minorities are equal citizens of this country.

While incidents of radical attack on minorities continue unabated in Punjab in particular, and the country at large, terrorism-linked fatalities in the Province, as in the case of the Country, continued to decline through 2019. Punjab registered 28 fatalities (12 civilians, nine Security Force, SF, personnel, and seven terrorists) in 2019, as against 36 such fatalities (16 civilians, six SF personnel, and 14 terrorists) in 2018.

Incidents of killing also fell from 10 in 2018 to seven in 2019. Similarly, the number of major attacks (each involving three or more fatalities) came down from six in 2018 to four in 2019. In the worst incident, a suicide attack targeting an Elite Force van parked near Gate-2 of Data Darbar [shrine of Lahore’s patron saint Syed Ali Hajwairi popularly known as Data Gunj Bakhsh] in Lahore, the provincial capital of Punjab, took place on May 8, 2019. At least 14 people, including six Police officials, were killed and another 24 sustained injuries.

The significant improvement in terrorism-related violence is undermined by the growing presence of religious extremists/fundamentalists who provide a breeding ground for extremist formations. The top leaderships of prominent terrorist groups is still very much present in the Province. Jaish-e-Mohammad (JeM), despite a notional ban, continues to operate from the Bahawalpur District of Punjab. Reports claimed that JeM ‘chief’ Masood Azhar was shifted from his Bahawalpur headquarters to Rawalpindi for his personal safety. Interestingly, Pakistan’s Economic Affairs minister Hammad Azhar on February 17, 2020, said Azhar has gone missing from the country ahead of the crucial Financial Action Task Force (FATF) Plenary held on February 19-21, 2020, at Paris, France. It is well-known fact that Pakistan, at that time had taken some superficial actions against terrorist formations to appease FATF in order to avoid potential blacklisting. Though, the Federal Minister of State for Interior on March 4, 2019, claimed that Masood Azhar’s Son Hammad Azhar and brother Abdul Rauf Asghar along with 42 others linked to outfits were detained by Pakistan Government, open source reports claimed that Abdul Rauf Asghar and Masood Azhar’s  brother-in-law Qari Talha  had been managing the day to day activities of the group.

Further, Jamaat-ud-Dawa (JuD) chief and Lashkar-e-Toiba (LeT) founder Hafiz Saeed also operated freely in Punjab until his arrest on July 17, 2019, after he was sentenced to 11 years in jail in two terror financing cases on February 12, 2020, again under acute FATF pressure. Saeed recently underwent angioplasty at a hospital in Lahore after he complained of chest pain. Doctors at the Kot Lakhpat Jail Lahore examined him and referred him to the Punjab Institute of Cardiology (PIC) where he underwent angioplasty. It is an established fact that Saeed and his aides have always enjoyed the support of Islamabad and have operated out of the jails earlier too.

While there has been some respite from terrorism in Pakistan’s Punjab Province, the Government’s continued patronage continues to create fertile spaces for the proliferation of state-backed extremist and terrorist formations.

Home » Pakistan: No Place For Minorities In Punjab – Analysis

One thought on “Pakistan: No Place For Minorities In Punjab – Analysis”