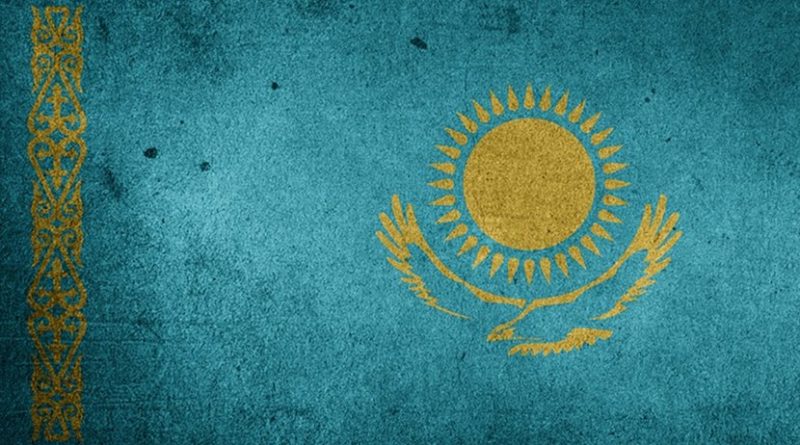 On June 9, more than 11 million voters in Kazakhstan, a dynamic country in Central Asia, will choose for the first time a new president other than Nursultan Nazarbayev, a great and the only leader of modern Kazakhstan since its independence in 1991 in almost 30 years.

By all means, it is going to be a historic election in the oil-rich country.

Many Kazakh people believe that the upcoming election will be the most competitive and diverse in Kazakhstan’s history as an independent nation. The Central Election Commission (CEC) has registered a total of seven candidates including Daniya Yespayeva from the Ak Zhol party who is the first female candidate to run for president.

Until this year, it was very difficult to think about Kazakhstan without Nazarbayev. He has been a dominant figure in many aspects of Kazakhstan’s history and development. Under his able leadership, the country emerged as an upper middle income country in a short period of time with a GDP per capita income of US$9,028 in 2017.

Many political pundits used to say that there is no alternative to Nazarbayev and he will remain as president for life. In the 2015 presidential elections, for example, he received 97.78 percent of the votes polled, much higher than the 95.55 percent of votes he received in 2011. For his exemplary services, Kazakhstan’s Parliament bestowed upon Nazarbayev the title of Elbasi or ‘Leader of the Nation’ in 2010.

But in a surprise move, the popular Kazakh leader resigned from his presidential position on March 19. His presidential term would have officially ended in 2020. Senate chairman Kassym-Jomart Tokayev, a veteran political leader from the ruling Nur Otan party, became the new president according to the Constitution of the Republic of Kazakhstan and announced an early election in the true spirit of democracy.

President Tokayev, who is also the official candidate from the Nur Otan party, is determined to see a free and fair election on June 9. President Tokayev promised that the election will be transparent and conducted to the highest expected standards.

There will be 9,968 polling stations for 11,947,995 registered voters to cast their votes. On May 29, CEC organized for the first time a televised debate of the presidential candidates to encourage political debate and public dialogue.

Among the seven candidates, Tokayev has a fair chance of winning the election as Kazakh people see him as the real successor to their Elbasi. If he wins, it would be a continuation of Nazarbayev’s popular policies, reforms and development path.

All these years, opposition parties have failed to win the hearts and minds of the Kazakh people. Their performance was very bad in the previous elections. The opposition candidates, however, may improve their performance.

Nur Otan Party candidate Tokayev’s campaign platform is based on “peace and harmony, a decent life for all and democratization.” Tokayev’s election program focuses on the continuation of existing policies, justice and progress. He said that he decided to participate in the presidential election to ensure the continuity of former president Nazarbayev’s strategies and to strengthen the nation. According to various Kazakhstan newspapers, Tokayev has a clear economic program that includes a number of areas such as stimulating domestic goods production, supporting the agro-industrial complex in the country, the development of the financial sector and infrastructure development.

“President Tokayev will surely win this election because opposition parties are not that popular compared to the ruling party,” Abdul Rustambekov, an employee of a private company, told this author recently in Kazakhstan’s largest city Almaty.

But several opposition candidates did not lose hope.

For example, Rakhimbekov – Auyl Party’s presidential candidate – says that agriculture is a vital part of Kazakhstan’s future. His election campaign revolves around the issue of agriculture.

Another candidate, Kossanov, sees a golden opportunity during the election.

“The current situation allows an alternative candidate to take part in the elections. The very fact of my registration as an opposition candidate gives hope that I will have an opportunity to spread my program and my vision of Kazakhstan’s future to our voters,” Kossanov, who wants to make youth, political reforms as well as small and medium enterprises as election issues, told The Astana Times newspaper in an interview last month.

Kazakhstan has made all preparations for the biggest festival of democracy.

Kazakhstan, the world’s largest landlocked country with huge natural resources and vast land, is a rising star in Asia. It attracted more than $24 billion of foreign direct investment in 2018 thanks to its continuous economic reforms and consistency in policies.

The peaceful transition of leadership through free and fair elections will send a strong signal to its neighbors and the world that Kazakhstan, the world’s 9th largest country, is not only a democratic but also a peaceful and stable country.