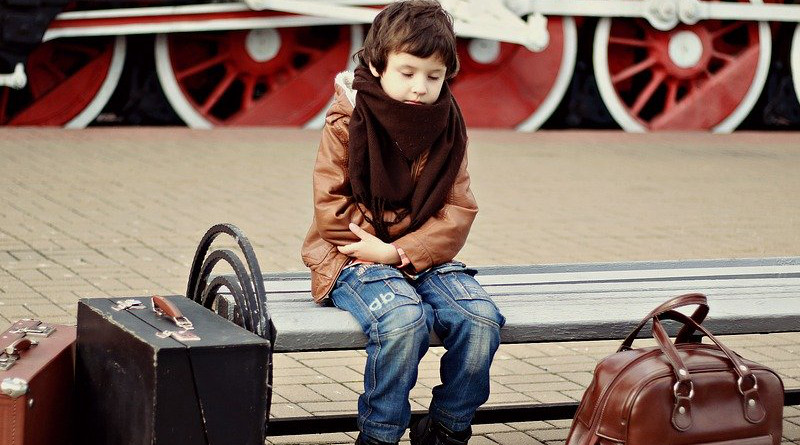 Over the last century, Russia has seen dramatic rises in the number of homeless and unsupervised children as the result of wars and social convulsions like collectivization, but now their ranks are swelling because of the coronavirus pandemic, an indication of how severe it has been and how difficult it will be to overcome.

Minor children who have no fixed place of address and are not under the supervision of parents of other relatives, a group known in Russian as bezprizorniki (“the unsupervised”) have appeared with remarkable and troubling regularity after major conflicts and social upheavals. There were millions after the Russian civil war, collectivization and World War II.

Now, the coronavirus is having a similar, albeit smaller effect.  Officials say the number of such children has risen to 75,500 from roughly eight thousand less two years earlier, but that figure almost certainly is a serious understatement of the problem given difficulties of identifying such children and unwillingness of officials to acknowledge them (krizis-kopilka.ru/archives/77897).

According to Irina Voynets, head of the National Parents Committee, the number of bezprizorniki has increased because of “the degradation of the family in the Russian Federation and the impoverishment of the population as a result of declining incomes.” Parents can’t afford housing or children, and the latter become particular victims.

One measure of this horrific situation is that 80 percent of the children in orphanages are “social orphans.” That is, one or both parents are still alive but can’t or don’t want to take care of their children. However, the young people who make it to state orphanages are the lucky ones. Many children are simply dumped on the street where they become victims of crime and other maladies.

Homeless in general is increasing in Russia, Pavel Sklyanchuk of the Union of Young Political Scientists says.  Because of the collapse of the economy, many lose their housing; and the informal organizations that had sought to help such people in the past have been unable to function normally because of the pandemic.

The result is disastrous. And what is especially unfortunate is that if the current wave of bezprizorniki continues, Russia’s earlier experience with this phenomenon suggests that it will take far longer to overcome this problem than many others because tragically it will attract less attention (windowoneurasia2.blogspot.com/2015/11/russia-suffering-staggering-indirect.html).

One thought on “‘Almost Like A War,’ Coronavirus Pandemic Swelling Number Of Street Children In Russia – OpEd”