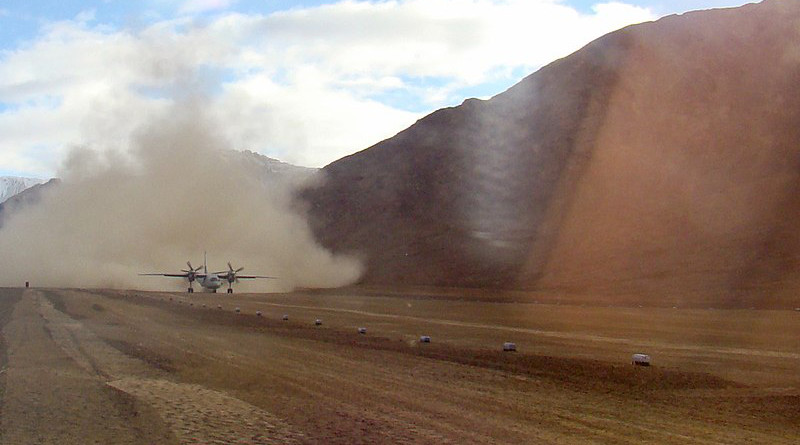 There is a strange story behind the ongoing stand-off between India and China in the Himalayas. On the northwestern corner of Ladakh, the epicenter of the present Indo-China confrontation, there is a place called Daulat Beg Oldi (DBO), situated at a height of 16,700 feet. Its strategic value is immense given the fact that the place lies at the feet of the Karakoram Pass, which separates India from China’s Xinjiang province. Moreover, the distance between DBO and the China border is only 8 kilometers; it is also only 9 kilometers away from the Aksai Chin, a disputed territory through which China has built an all-weather road connecting Tibet with Xinjiang.

It is natural that China is concerned about India’s growing presence in Daulat Beg Oldi, because India has a military post and an airstrip here. This airstrip was created during the Indo-China war of 1962, but has been lying unused since 1965 because a topographical imbalance was noticed at that time after a mild earthquake. In 1962, China had easily overrun India’s military outpost in DBO. Since then, through to 2008, it did not figure prominently in Beijing’s strategic planning in the Himalayas.

But that all changed in 2008 when the Indian Air Force decided to reactivate the DBO airstrip.

Files requesting permission for reactivation were gathering dust in India’s defense ministry as a pusillanimous attitude had taken hold of ministers and bureaucrats there so as not to offend China by any ‘bold venture’ in the Himalayas. However, reactivation of the DBO airstrip was necessary for sending regular supply of resources and ammunition to military posts situated in isolated and hostile terrain. The IAF top brass decided to take a risk. Without caring for permission from the ministry, it landed a AN-32 cargo aircraft on the airstrip. Thus, it came to be reactivated, and instantly brought about a huge change in the tactical scenario of the western sector of the Indo-China border.

The change is really momentous. For understanding it properly we must turn our attention to the infrastructural developments that India has been carrying on in the sector. The reason behind China’s easy success in Daulat Beg Oldi in 1962 was that the Indian post lacked proper resupply. This was natural because there was no road traversable by trucks leading there. Only two routes existed for reaching the remote DBO military post: one along the Nubra valley, traversing through the Saser La pass, at a height of approximately 16,000 feet. This is a foot track and would require three to four days to cover. Only mule trains can possibly be used here. This was the route that India was forced to look to during the 1962 war. The second route used to run along the Shyok river, the Depsang La pass, and the Depsang plains at almost the same height. This route was unusable, as it not only did it take more days to reach DBO, but was also subject to seasonal floods from the Shyok river that would render the route unpassable.

To fix this logistical shortcoming, India has recently completed an all-weather, motorable road from Dabruk via Shyok and then to Daulat Beg Oldi (the DSDBO road) which will connect Leh, the headquarters of Ladakh, with DBO in a very short time span of just six hours. Moreover, India has laid stress on constructing quite a few east-west feeder roads bisecting the main DSDBO road at certain points. This is enough to unnerve China. With stream of supplies along the new DSDBO road and quick airlifting of army personnel by dint of the DBO airstrip, the Indian army may be in a position to launch scissor-like attacks into China’s Xinjiang province through the Karakoram Pass, and endanger not only the province but the bordering Gilgit-Baltistan of Pakistan through which China is constructing the China-Pakistan Economic Corridor(CPEC), the principal lifeline of Beijing’s Belt and Road Initiative (BRI).

The DSDBO road allows other possibilities too. Using one of the feeder road that passes through the Galwan Valley, Indian patrol parties can easily reach the Tibet border and launch attacks inside Tibet as well. So the Tibet-Xinjiang road will be vulnerable at many points – not just in Tibet and Xinjiang, but in Aksai Chin too. This can put China’s territorial integrity under great stress, speak nothing of the threat to its grand BRI project. This is the reason behind the clash at Galwan Valley, where both the sides lost their soldiers. China will most likely try to control the mountain ridges which would give them a commanding position vis-à-vis not only the feeder road but the main DSDBO road as well.

Both the countries are in belligerent mood along the Line of Actual Control. It is pointless to compare respective strengths of India and China. Both Beijing and New Delhi must understand that war is no solution and there is no mutual difference which cannot be sorted out through talks. It is hoped that political leadership of the two countries understand this