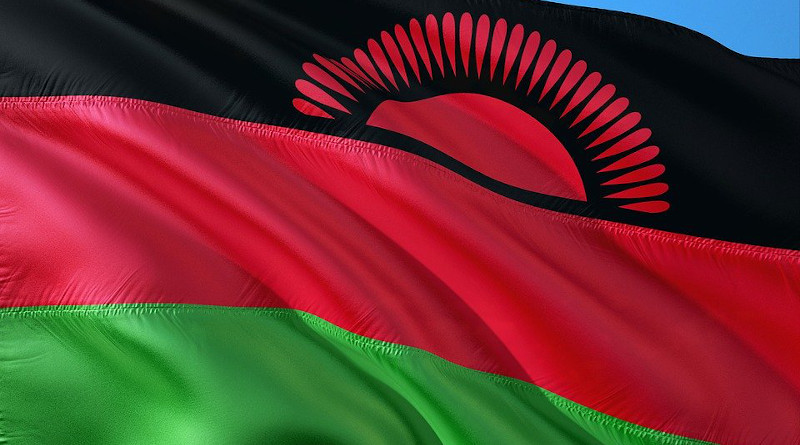 Malawi, a poor country tucked in southeastern Africa, has taught Africa and indeed the entire world a lesson in multi-party democracy. A presidential election held in May 2019 in which the incumbent Peter Mutharika was declared winner was not only annulled by the Constitutional Court, but the court also went ahead to order a re-run election. The re-run was won by the opposition led by Lazarus Chakwera after which the incumbent conceded victory. But then this is not the normal run of things in Africa. Indeed Malawi has made history. It is the torchbearer for democracy in Africa. So it’s safe to say democracy has come of age in Africa.

Described as “The Warm Heart of Africa,” because of its friendliness, this country which is in the backwaters of Africa has shown that strong institutions rather than the rule of strong men are the panacea to the sustenance of democracy, the rule of law and good governance. It also speaks to the fact that Malawi jealously guards the concept of separation of powers, without which the judiciary and legislature cannot thrive, especially where there’s an overbearing executive arm of government. That’s the pathway to real democracy, shorn of the rampant abuse that’s the bane of most African countries.

Malawi gained independence from the United Kingdom on 6th July 1964. Dr Hastings Banda was the independence leader and ruled Malawi until 1994, as a totalitarian one-party state. Democracy has since taken firm roots as the country has transitioned from a one party state to a multi-party democracy. Malawi also holds the record as the second African country to be ruled by a woman, Joyce Hilda Banda. In 2006, Liberia’s Ellen Johnson Sirleaf became the first female African head of state.  Joyce Banda was President of Malawi from 7th April 2012 to 31st May 2014. As Vice President, she took office as president following the sudden death of President Bingu wa Mutharika. She was Malawi’s fourth president.

Still yet, this southeastern country has always been in the news for the wrong reasons. It is among the world’s least-developed countries. Most of the stories coming out of Malawi have always centered on drought and poor agricultural yields due to poor rainfall. Because of this, Malawi has gained a reputation for carrying its begging bowls to the international community and donor agencies for a rescue package of food and aids. Indeed Malawi is dependent on donor aid for most of its annual national budget. Besides, the effects of excess mortality due to AIDs have resulted in lower life expectancy, higher infant mortality, and death rates.

Despite all this, democracy was further deepened in Malawi when the opposition alliance leader Lazarus Chakwera’s Democratic Progressive Party (DPP) along with United Movement (UTM) Saulos Chilima went to court alleging irregularities and electoral fraud in the presidential elections of May 2019 which declared incumbent President Peter Mutharika, a candidate of Malawi Congress Party (MCP), winner of the election by 38 percent of votes. In February, the Constitutional Court annulled the elections over irregularities and called for fresh elections. The court noted that the election failed the test of honesty. The court also set new guidelines.

To prepare for the run-off election, Messrs Chakwera and Chilima formed an alliance. Then the table turned as the alliance resulted in victory during the re-run elections, which observers have described as the first of its kind in Africa.  Thereafter President Peter Mutharika conceded victory to the opposition. Lazarus Chakwera has since been sworn in for a five-year term. It would be recalled that such a re-run occurred in Kenya in 2017 which only reaffirmed victory for the incumbent. In Malawi the opposition has always punched above its weight, having won three elections there. Chakwera, 65 secured the required majority, with 58.57 percent of the vote, beating incumbent Peter Mutharika.

President Mutharika who has been in power since 2014, was previously declared the winner of last year’s presidential election in which he reportedly scored 38.52 percent of votes ahead of Chakwera who got 35.41 percent and former Vice-President Saulos Chilima, with 20.24 percent.

At the time results were declared in 2019, Malawians took to the streets to protest the sham elections and manifest injustice of the presidential polls. Both the police and military maintained their neutrality in the course of public protest. Also commendable is the spirit of sportsmanship displayed by President Mutharika both by words and deeds.

By this, Malawi has blazed the trail, demonstrating to Africa and the whole world the true spirit of democracy.  Malawi has proved that democracy can thrive when politicians imbibe the true spirit of democracy and sportsmanship. Most importantly, this is a reflection of the true independence of the three arms of government, as well as strong institutions, which is a plus for Malawi. Also, the police and the military stood on the side of justice by protecting the rights of the opposition to protest.

Now, it is incumbent on Chakwera, who has won election to a five year term as president of the nation of 18 million people, to ensure cohesion and uphold national unity by being fair and just to the opposition. That’s why his victory speech brings some comfort. “My victory is a win for democracy and justice. My heart is bubbling with joy,” Chakwera declared after his upset victory resulted in late-night celebrations on the streets of Lilongwe, his political base.

A man of many parts, Lazarus Chakwera is a philosopher, a theology professor, preacher, and of course, a politician. He was for more than twenty years leader of the Assemblies of God Pentecostal movement in Malawi. Being a man of the cloth, he has pledged total war on corruption and offered himself as a servant of the people. Furthermore, he said, “This means that as required by law I will make a full declaration of assets each year.”

President Chakwera has a huge task ahead of him. He must match words with action. He must move Malawi from the status of a poor country to a model economy that will deliver dividends of democracy to the people.  Thus the economy must be fixed, infrastructure rebuilt and Malawi weaned from the abject dependence on international donors for aid to fund infrastructure and food aid for the populace. More than that, agriculture must be transformed and steered to serve the best interest of the people.

Like the biblical Lazarus, it is clear that Malawi can be woken from its economic stagnation and slumber. The new president could perform the much-needed miracle to kick start Malawi’s economy. He needs to breathe a new life into the economy and bring around Malawi from the doldrums of economic stagnation and backwardness. Malawi’s economy must be aligned to the 21st century needs.

In 2012, Malawi was ranked 7th of all countries in sub-Sahara Africa in the Ibrahim Index of African Governance an index that measures several variables to provide a comprehensive view of the governance of African countries. Even though the country’s governance core was higher than the continental average; it was lower than the regional average for southern Africa.

As things stand, President Lazarus Chakwera seems poised to change the current narrative and turn things around for the better. Chakwera holds out a lot of promise. He comes to the presidency with a mantle of moral authority. His ability to provide jobs, infrastructure, and food will further cement his reputation as a change agent.  He cannot afford to fail. This is the dawn of a new era in Malawi.

*Kola King is a Nigerian journalist and novelist, and currently the Managing Editor of Nigeria Now, a news magazine based in Abuja, Nigeria.