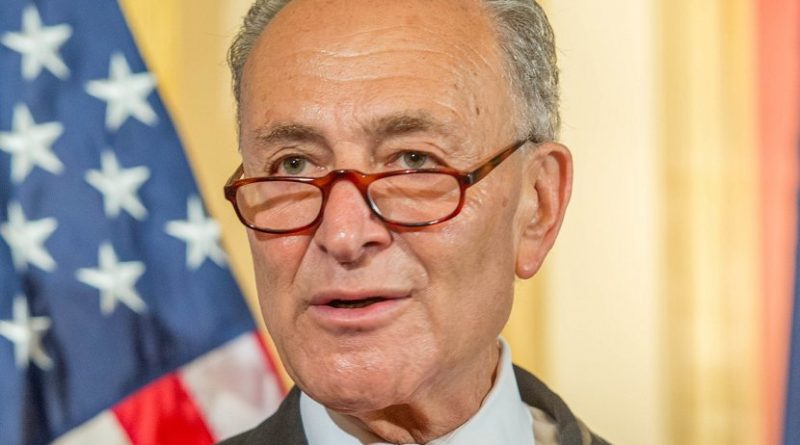 It is easy to have a negative view of US President Donald Trump. He Is not a politician, so he does not use rhetoric in the way that professional politicians do.

Trump says what he believes, which is both refreshing and sometimes shocking, especially when it is twisted by politicians and those sections of the media that dislike him.

In many cases, when you look at what Trump actually said, you realize that some of the media are distorting his words. They do that to others they dislike, such as Arabs, Muslims and Palestinians. Why would we believe that they would not do the same to Trump?

As a consequence, Muslims and Arabs have been dragged into a contentious political debate in America over Trump. The focus of Arab activists is on him, but that is not where it should be. The real threat comes from those people who are attacking Trump, and using him as a decoy to get us on their side, such as Senators Charles Schumer and John McCain.

While Schumer and McCain have been screaming about how much they love “Muslims,” they are quietly working behind the scenes with pro-Israel activists to target one group of Muslims: — “Arab Muslims” — with a barrage of repressive legislation.

Recently, Schumer introduced legislation to block funding for Palestinian institutions that he asserts support “extremism” and “anti-Semitism.” Understand how Schumer defines “extremism”: he claims criticism of Israel is a “reinvented form of anti-Semitism.”

For example, the Friends School in Ramallah receives about $1 million a year from USAID (US Agency for International Development) to help its students understand Palestinian culture and rights. It hosts a summer camp called “Go Palestine.” The Israelis do not like the Friends School, hosted by the Quakers, because its programs include critics and criticism of Israel. Schumer, and others, are demanding that USAID suspend funding to the Ramallah Friends School and other programs that “criticize” Israel.

On the other hand, Israel organizes summer camps for young people funded by numerous US government programs at which speakers constantly criticize Palestinians.

That is acceptable. Criticism of Israel is not.

But this is not the only thing Schumer and his cohorts have been involved with that has received far less media coverage than their criticism of Trump. The New York senator sponsored another bill supported by 43 of his Senate colleagues that makes it a federal crime to “boycott” Israel.

What Schumer is arguing is that “boycotting” Israel is the same as committing an act of violent terrorism, or taking the lives of innocent American citizens.

If Arabs would take a minute from screaming about Trump and open their eyes and ears to their surroundings, they might find that the real threat to their existence is not the US president. It is Schumer and his cronies in the Democratic Party, in the anti-Trump Republican Party, and in much of the American news media. The anti-Trump movement is using Trump to distract Arabs. This movement may dislike Trump, but believe me, they dislike Arabs more.

When you closely examine the rhetoric, you see that American politicians like Schumer separate “Muslims” into two groups, Arab and non-Arab. Schumer and his like-minded friends do not dislike all Muslims. They dislike only Arab Muslims, who they think are more likely to criticize Israel, and that means they dislike Palestinians and Arab Christians, too.

Unlike the Arabs, the Israelis are smart. They see both good and bad in Trump. They do not like everything he says or does, but instead of focusing on the bad, they focus on the good and build from there. That is how Israel always gets what it wants.

Arabs, on the other hand, ignore what they like and over-react to what they do not like. That is the emotional thing to do. And it makes it easy for the pro-Israel lobby to undermine our efforts.

To be sure, Trump’s enemies are not our friends. Why do we believe what much of the mainstream news media says about Trump, but argue that the same media lies in its coverage of Palestine? The US president is a distraction from the fight for Arab and Palestinian rights.

Arab activists need to refocus their activism. Trump is not the priority. He is a side issue. His rhetoric is being twisted to make it worse than it actually is. He is no different from other politicians who pander to the pro-Israel lobby. But he is different in that his words have shown sympathy for Palestinian rights.

There are things the 45th US president says and does that we do not like. Do not think that the Israelis are not concerned about him too.

But instead of fighting the real battle against people such as Schumer and McCain, our conferences, speeches, articles and activism have all homed in on Trump. It is the ultimate pro-Israel propaganda. By yelling at Trump, we are missing the real fight.