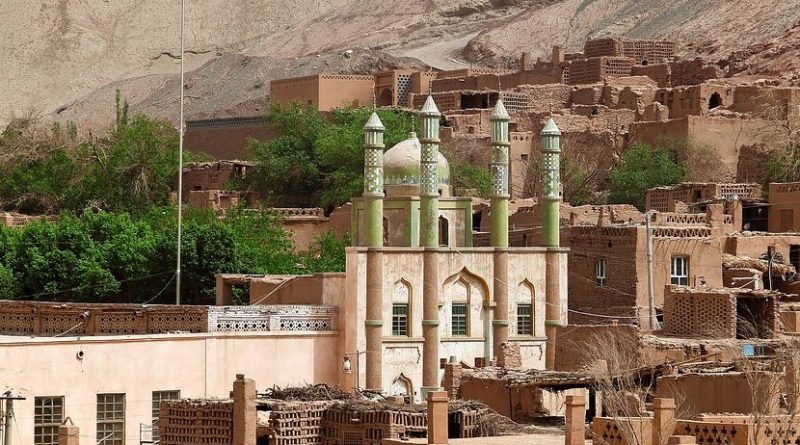 Along with Dr. Imtyaz (an area specialist on ethnic and minority studies) I have been calling the process of Sinicization, as practiced by the government of the People’s Republic of China (PRC), as Hanification (a term which has become more common these days compared to more than half a decade ago when we first used it). It is essentially a supremacist policy. It aims to cement the supremacy of the Han Chinese majority through the PRC’s government policies of imposed acculturation, forced assimilation, or cultural imperialism on non-Han citizens of the state.

The spoken language of the Han Chinese is Mandarin. There are 292 non-Mandarin languages spoken by other non-Han (and yet native) nationalities in today’s China.

Although mainland China today is a people’s republic – or more properly, a communist-ruled state with managed capitalism – that is run by Han Chinese, it had a long history as a multi-ethnic empire when Sinicization accommodated and respected diversity, thus, allowing others – the non-Han communities – to strengthen the cultural influence of imperial China.

Consider, e.g., the case of Sayyid Ajjal Shams al-Din Omar, a Muslim (of Bukhara), who was the governor of Yunnan (located in south-west part of today’s China) under the (non-Han) Mongol-founded Yuan dynasty (1271-1368 CE).

After conquering the Bai Kingdom of Dali, Sayyid Ajjall promoted Sinicization of the non-Han Chinese peoples in Yunnan during his reign. He founded a “Chinese style” city where modern Kunming is today, called Zhongjing Cheng.

Admiral Zheng He (1371-1435), a great-great-great-grandson of Sayyid Ajjal Shams al-Din Omar, served as commander of the southern capital Nanjing (the capital was later moved to Beijing by the Yongle Emperor). He commanded expeditionary treasure voyages to Southeast Asia, South Asia, Western Asia, and East Africa from 1405 to 1433 and built mosques on his traveled lands.

Six of Ming dynasty (1368-1644) founder Hongwu Emperor’s most trusted generals are said to have been Muslim, including Lan Yu who, in 1388, led a strong imperial Ming army out of the Great Wall and won a decisive victory over the Mongols in Mongolia, effectively ending the Mongol dream to re-conquer China.

During the war fighting the Mongols, among the Ming Emperor Zhu Yuanzhang’s armies was the Hui Muslim Feng Sheng. When the Qing dynasty invaded the Ming dynasty in 1644, Muslim Ming loyalists led by Muslim leaders Milayin, Ding Guodong, and Ma Shouying led a revolt in 1646 against the Qing during the Milayin rebellion in order to drive the Qing out and restore the Ming Prince of Yanchang Zhu Shichuan to the throne as the emperor.

The rulers of the Qing dynasty (1644-1911) were ethnic Manchus, who were a minority. They developed a sense of Manchu identity and used Central Asian models of rule as much as Confucian ones. Nevertheless, there is also evidence of Sinicization. For example, Manchus originally had their own separate style of naming from the Han Chinese, but eventually adopted Han Chinese naming practices.

The Qing dynasty witnessed multiple revolts. In 1759 Manchu Qing emperor Qianlong defeated the Jungar Mongols and completed the conquest of Dzungaria. It committed genocide by liquidating the entire Dzungar nation, almost to the last baby; those who survived were killed by the following epidemic of smallpox; total loss of the population in Dzungaria reached 1,000,000, transforming it eventually into the Land without people.

Concurrently, the Qing Dynasty occupied the Altishahr region of Eastern Turkestan, which had been settled by the followers of the Muslim political and religious leader Afaq Khoja. After the Qing conquest, the Chinese began to incorporate Altishahr and the Tarim Basin into their empire. The territory came to be known as Xinjiang. This resulted in a substantial resistance movement against the Qing rule, led by the Khojijan princes of Kashgar (officially named Kashi), which continued for decades until the Manchus were overthrown by the Kuomintang revolution of 1912. Between 1759 and 1862 the Uyghurs – the natives of East Turkestan who are Muslim by faith and are ethnically Turkic – revolted 42 times against the rulers of the Qing Dynasty.

The Ush rebellion in 1765 by Uyghurs against the Manchus occurred after some Uyghur women were gang raped by the servants and son of Manchu official Su-cheng. The Manchu Emperor ordered that all the Uyghurs in the rebel town be massacred. Accordingly, the Qing forces enslaved all the Uyghur children and women and slaughtered the Uyghur men. The heinous crimes against Muslim Uyghurs, including raping Uyghur women, caused massive hatred and anger by Uyghur Muslims to the criminal Manchu rule. The anti-Muslim attitudes of the Qing officials resulted in attempted uprisings by Hui and Salar Chinese Muslims in 1781-84, who had hitherto tried to remain neutral.

The Manchu official Shuxing’a started an anti-Muslim massacre which led to the Panthay Rebellion, which occurred in Yunnan province from 1855 to 1873, and the Dungan revolt, which occurred mostly in Xinjiang, Shensi and Gansu, from 1862 to 1877. He ordered several Muslim rebels to be sliced to death in a slow and painful way. The Manchu government ordered the execution of all rebels, killing a million people in the Panthay rebellion, and several million in the Dungan revolt.

During the waning years of Quing dynasty, some Muslim generals like Ma Qianling and Ma Fuxiang, played important roles to strengthen Sinicization of the conquered territories. The Hui Muslim 36th Division (National Revolutionary Army) governed southern Xinjiang in 1934–37. A Muslim army called the Kansu Braves led by General Dong Fuxiang fought for the Qing dynasty against the foreigners during the Boxer Rebellion (1899-1901). They included well known generals like Ma Anliang, Ma Fulu, and Ma Fuxiang.

After the fall of the Qing Dynasty, Sun Yat-sen, who established the Republic of China on Jan. 1, 1912, immediately proclaimed that the country belonged equally to the Han, Man (Manchu), Meng (Mongol), Hui (Muslim), Tsang (Tibetan), and Miao peoples. Uyghur nationalism become a grave challenge to the post Qing warlords controlling Xinjiang. Twice, in 1933-34 and 1944-49, the Uyghurs successfully regained their independence for East Turkestan Republic.

During the rule of the Kuomintang party, the Kuomintang appointed the Muslim chiefs of the family known as the Ma clique (in Northwestern China) as the Military Governors of the provinces of Qinghai, Gansu and Ningxia for 10 years from 1919 until 1928. Bai Chongxi was a Muslim General (1926-49) and Defence Minister (1946-48) of China during this time. He rejoined the Central Government at the invitation of Chiang Kai-shek in 1937 and took a leading role as a strategist and Chief of the General Staff (1937-49) in liberating China from Japanese invaders.

During the Second Sino-Japanese war (1937-1945), the Japanese destroyed 220 mosques and killed countless Hui Muslims by April 1941. The Hui Muslim county of Dachang was subjected to slaughter by the Japanese forces. During the Rape of Nanking (1937) the Mosques in Nanjing were flowing with dead bodies after the Japanese slaughters. Japanese smeared Hui Mosques with pork fat, forcing Hui girls to serve as sex slaves and destroyed the Muslim cemeteries of the Hui. Many Hui, Turkic Salar, Dongxiang, and Bonan Muslims fought in the war against Japan. Besides Bai, Ma Bufang and Ma Bufang served as Muslim generals against the Japanese occupation forces. Ethnic Turkic Salar Muslims made up the majority of the first cavalry division which was sent by Ma Bufang.

The Chinese communist party during the civil war (against the nationalist forces of Chiang Kaishek) promised that ethnic groups in regions such as Mongolia, Tibet and Xinjiang would be free to choose their own future.

However, as soon as they came to power, Chairman Mao Zedong repudiated self-determination as an option and rejected any prospect of dividing China into federated republics. Instead, he created the concept of “autonomous regions, provinces and districts” within which the various ethnic groups were promised “equality” with the Chinese Han majority. The Xinjiang Uighur Autonomous Region was proclaimed in 1955. In fact, as the most westerly outpost of the Chinese empire, Xinjiang has always been treated in a typical colonial fashion by whichever faction ruled in Beijing-Feudalists, Nationalists and Communists-since the Manchu dynasty. In 1949, East Turkestan’s (Uighur) rulers did not agree to form a confederate relation within Mao Zedong’s People’s Republic of China.

After the communists came to power, Muslim Kuomintang National Revolutionary Army forces in Northwest China, in Gansu, Qinghai, Ningxia, Xinjiang, as well as Yunnan, continued an unsuccessful insurgency against the communists from 1950 to 1958, after the general civil war was over.

During Mao’s communist rule, the slow process of Sinicization was changed to an aggressive and a violent one. In the last 70 years, the Muslim population, which once numbered more than 10% before the communist revolution, has been brought down to less than 20-50 million today (less than pre-1949 figures) within an overall population of 1.4 billion, thus, accounting for anywhere between 1.5 to 3.5 percent only. During the Cultural Revolution (1966-75), mosques along with other religious buildings were often defaced, destroyed or closed and copies of the Qur’an were destroyed along with temples and churches. Muslims were forced to renounce Islam, raise pigs and eat haram (religiously forbidden) food. In 1975, in what would be known as the Shadian incident, the PLA (People’s Liberation Army) massacred 1,600 Hui Muslims.

After the death of Chairman Mao in 1976, the communist party-state began to relax its policies towards Muslims in 1978. However, the PRC has become a state of, for and by the Han Chinese via the all-too-obvious supremacist Hanification process that has seemingly reached its climax under its new chairman Xi Jinping! Thus, the disappearance and detention of a million Uighurs in Xinjiang who face a socio-cultural genocide today with their rights robbed is a footnote – albeit a big one – in Chinese history in that calculus of Hanification.