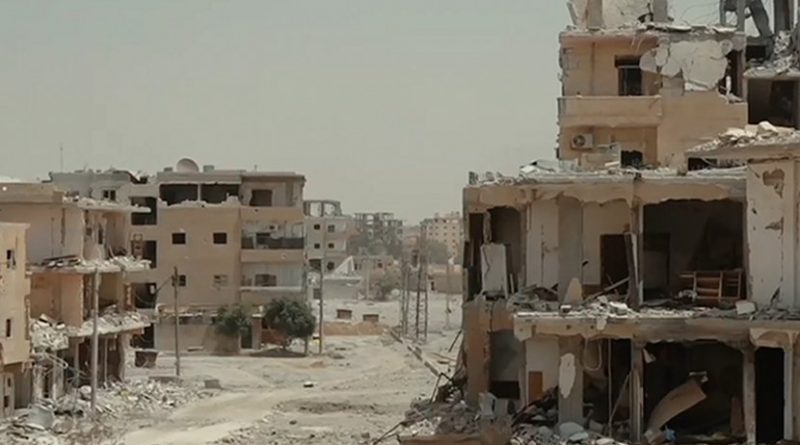 The military breakthrough in the Syrian war appears to be definitive … at least according to Robert S. Ford, former U.S. ambassador to Syria.

Even though the conflict has not yet come to an end, in a recent interview with Foreign Affairs Ford stated that the Syrian army has won the war and the United States must “abandon hopes of supporting a separate Kurdish region” having “no good options in Syria” so that “hopes of getting rid of [Bashar Hafez al-] Assad are far-fetched fantasies.”

The reason for this situation was Russian intervention. An obvious question comes to mind: why and in what way did the Russians succeed? In this regard, it is necessary to clarify a number of points.

First, it must be remembered that one must never enter into a conflict without having a well-defined and delimited political objective: in this case it was solely rescuing the current Syrian government. Secondly, the Kremlin clearly understood that many of the players in the Syrian conflict – moreover fragmented – were the long arm, or substitutes, of external entities such as the United States, Turkey, the Syrian-Kurdish opposition Democratic Union Party (Partiya Yekîtiya Democrat – PYD), Jordan and also Israel. Russia dealt diplomatically with all these subjects, accepting fallout also on the battlefield.

In addition, in order not to be trapped in a swamp with no way out, Moscow used very limited resources wisely and effectively: from 4-5,000 soldiers and 50 to 70 aircraft, for a cost of about 3 million euros per day (in practice no more than one-fifth of U.S. military spending in the Near East). And the losses suffered were more than contained.

From the ratio between means employed and practical results, some have concluded that Russian “military productivity” was greater than that of the United States, also because there was absolutely no lack of achievements in the field. On the other hand, Russia immediately and in its entirety used the presence destined for Syria – in fact without unnecessary warnings – and, unlike what happened in the so-called “US-led coalition”, did not need to implement it significantly.

From a political point of view, Russia intervened itself, that is, without pretending that the further phase of the war effort be supported by the Syrian Armed Forces – which in the Arab world can give good returns. So, no fake “advisers” who officially do not fight, but presence and commitment directly alongside the ally.

It has been said that Moscow was able to adopt the so-called “strategy of the reckless pedestrian”, that is of the person who, in crossing a very busy road with extreme boldness, manages to stop the cars rather than be run over.

A very calculated risk strategy, because currently neither the United States nor Russia seek direct confrontation; consequently, the first of the two that succeeds in “placing itself” on a certain “ground” de facto prevents the other from taking the same initiative.

Instead, the United States – threats aside – hesitated too much. In addition, with the deployment of S-300 missiles – and later S-400s – the Russians imposed a sort of “no-fly zone” on Washington: perhaps not absolute, if it is taken into account that, in violation of an agreement concluded a few hours earlier with the Russians, the United States bombed Syrian troops besieged by ISIS at Deir ez-Zur, killing 62 Syrian soldiers and acting in real terms as support – albeit in vain – for the concomitant ground offensive of the militia of al-Baghdadi’s “caliphate” (the enemy of the United States, in theory). The missile attack on Syria’s Shyrat base ordered by U.S. President Donald Trump came, however, from the sea.

In military terms, the conclusion is that if, on the one hand, Russian power of blocking air space is not total, on the other, U.S. recourse to prudence attests that Syrian skies are substantially controlled by the Russians. Russian President Vladimir Putin certainly took a risk, but the United States did not; and so it did not provide its Syrian allies, pseudo-democrat or “moderate Islamic” allies with, the modern armaments – anti-aircraft and air-ground missiles – they asked for nor did it engage on the ground with its own soldiers.

Finally, the Russians showed the possibility of a negotiation to the non-hardcore enemy sectors; down this road, in agreement with the Syrian government, it created the Reconciliation Centre, which guarantees protected transport for declared defeated enemies and their families – and aid to the civilian population.

In the context of the current confrontation between the Iraqi government and the autonomous one of Erbil following the Kurdish referendum on independence in September, the Iraqi Armed Forces aim to take back the Assyrian city of Faysh Khabur, the border crossing with Turkey. This would mean denying the United States free passage to northern Syria, which instead is guaranteed by the Kurds.

But there is more: Iraqi control over this pass would allow oil exports without having to pay to the Kurds part of the proceeds or bribes; the area of Erbil would remain isolated from northern Syria, and consequently the United States could no longer provide the same facility of military aid to Syrian rebels through Iraq. In theory, the way of Turkey would remain to the United States: but will Ankara allow it, considering the Syrian Kurds as an expression of the Kurdistan Workers’ Party (PKK) in conflict with Turkey?

Moreover, the United States has a specific need in Iraq: freeing the Baghdad government from Iranian influence. However, the undertaking is by no means simple, not so much because of the common Shiite faith – given that the commonality of religion can also, depending on circumstances and interests, prove to be a very fleeting bond – as because of the fact that reconquest of the Iraqi territories occupied by ISIS was essentially the work of the Iraqi Armed Forces, which include Shiite militias, in substance however controlled by Tehran.

Here too, the “U.S.-led coalition” has turned out to be a failure. These Shiite militias are the same ones that largely have taken Kirkuk away from Kurdish occupation.

In October, in talks with Iraqi Prime Minister Haider al-Abadi, U.S. Secretary of State Rex Tillerson attempted to relaunch the U.S. argument on the dangers of such militias and the consequent need to dissolve them, as well as the opportunity to move Iraq’s axis of political gravity towards … Saudi Arabia!

The response received was far from meeting expectations. An al-Abadi spokesman immediately blamed the interference in Iraqi internal affairs, and later the Prime Minister told Tillerson that the popular mobilisation forces of which Shiite militias are part belong to Iraqi institutions and are the hope of the country and the region. Subsequently, in an interview with the U.S. press, al-Abadi textually stated: “We would like to work with the United States […]. But please do not bring your problems to Iraq. You can do it elsewhere”, thus pointing to the opportunity for a U.S. withdrawal from Iraq and the fact that its air support is no longer necessary.

Regarding the Kurdish referendum, on account of the convergent interests of Turkey and Iran, Iraq is by no means isolated. Certainly, as far as the Kurdish issue is concerned, the United States is seen with extreme suspicion – to use an euphemism – by Baghdad, Ankara and Tehran; and it is no coincidence that in a recent meeting between U.S. Ambassador Douglas Sliman and Iraqi Vice President Nouri al-Maliki, the latter said that his government would not allow the “creation of a second Israel in northern Iraq”: the existence of an independent Kurdish state is clearly seen in these terms.

Furthermore, the U.S. intention to use its presence in Iraq above all as the basis of a confrontation with Iran, rather than fighting ISIS, is now apparent. For Washington it is a matter of interfering in Iranian military aid to Syria and Lebanon, not being completely left out of Syria’s post-war reorganisation scenario and if possible carry out destabilising actions in Iran, especially since the United States is still present beyond its eastern boundaries, in Afghanistan: at this point, retreat from Iraq would mean removing a jaw of the virtual pincer around Tehran.

There is still little talk about it, but soon the question will arise of the city of Raqqa, former capital of the ISI “caliphate” now occupied by the Kurds, supported by the United States in the role of Syrian Democratic Forces (FDS) whose ranks include about two thousand European and North American mercenaries from the Blackwater private military company [now Academi (ed)].

To speak of the “conquest” of Raqqa is rather improper: after being systematically bombarded by U.S. planes, the city was not the scene of heroic fights against jihadists, who instead reached an agreement with the Kurds so that they could safely evacuate with weapons, luggage and families in attendance.

Despite statements from official sources in Washington about the lack of U.S. involvement in the agreement, the BBC has released a video of October 12 in which U.S. General Jim Glynn is seen negotiating the evacuation with ISIS representatives. Say no more.

Soon, unfortunately, we will know where the rescued jihadists have gone to do damage. The malignant think that we will see them again at work on behalf of the strategy of tension put into effect by the United States in some hot areas of the planet (perhaps in northern Africa), where Washington will claim – or is already claiming – to be leading an implacable fight against ISIS and its allies.

In the meantime, there is no doubt that the government of Damascus will not take Raqqa, unless as a result of events that are not yet foreseeable.

* Pier Francesco Zarcone, with a degree in canonical law, is a historian of the labour movement and a scholar of Islam, among others. He is a member of Utopia Red (Red Utopia), an international association working for the unity of revolutionary movements around the world in a new International: La Quinta (The Fifth). This article was originally published in Italian under the title Ulteriori Sviluppi nel Vicino Oriente in Utopia Rossa. Translated by Phil Harris.

Home » What’s Going On In The Middle East? – Analysis

One thought on “What’s Going On In The Middle East? – Analysis”

There is nothing more wondrous, more miraculous and mysterious than watching the break of day. I wake up refreshed, my