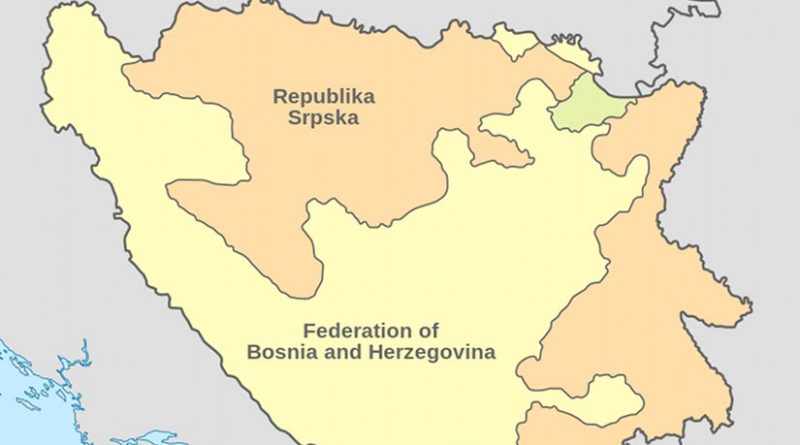 The Republika Srpska government has set up a commission headed by Israeli historian Gideon Greif to “determine the truth about the suffering of all peoples in and around Srebrenica between 1992 and 1995”, Milorad Kojic, head of the Centre for Research of War, War Crimes and Search for the Missing of Republika Srpska, told a press conference on Thursday in Banja Luka.

Greif, a professor for Jewish and Israeli History at the University of Texas, has been working at the Yad Vashem Holocaust Memorial for more than 30 years. He is also a leading researcher at the Israeli Holocaust Institute, Shem Olam.

The Serb-dominated entity’s government has also formed another commission to investigate the suffering of Serbs in Sarajevo during the war, it was announced at the press conference.

The head of the Sarajevo commission will be Rafael Israeli, an Israeli academic and professor at the Hebrew University of Jerusalem.

Kojic said that members of both commissions come from 12 countries, including the US, Japan, Israel, Australia, Italy and Serbia, and that their constitutive sessions will be held in March.

“Whatever the final reports of the commissions, which will be adopted by the government of Republika Srpska, they must be accepted by all peoples, as they are directed towards truth and reconciliation among the peoples,” Kojic said.

The establishment of the new commissions is highly controversial, and comes after the Bosnian Serb parliament last August annulled a report on the 1995 Srebrenica massacres that accused Serb forces of committing crimes and ordered the Serb-dominated entity’s government to draw up a new one.

The original report acknowledged that Bosnian Serb forces killed thousands of Bosniaks from Srebrenica in July 1995, and said the executions represented a serious violation of humanitarian law.

The Bosnian Serb parliament ordered the entity’s government to set up a new, international commission, which should, within a year, produce a fresh report on crimes in Srebrenica from 1992 to 1995 and “illuminate all the uncertainties from the first report”, but also include “the suffering of Serbs in and around Srebrenica” as well as crimes against Bosniaks.

The decision to form the new Srebrenica commission sparked negative reactions from Bosniak politicians, who condemned it as a populist gesture.

“I think it’s a waste of time and financial resources. It is a political act, not a true approach to the analysis of the past,” the former mayor of Srebrenica, Camil Durakovic, told Bosnian media.

Durakovic said that because political leaders in Republika Srpska deny the Srebrenica massacres were an act of genocide, despite the verdicts of international and domestic courts, the commission is likely to echo their agenda.

“This is one of the final stages of genocide – revisionism and an attempt to equalise and erase historical facts,” he claimed.

Israeli historian Grief visited Banja Luka, the administrative centre of Republika Srpska, at the beginning of February, where he presented his monograph ‘Jasenovac – Auschwitz of the Balkans – the Ustasha Empire and Cruelty’. He has not yet commented publicly on his appointment.

Also on the Srebrenica commission will be Adenrele Shinaba, a Nigerian expert on the terrorist organisation Boko Haram.

Shinaba has worked with the Centre for Research of War, War Crimes and Search for the Missing of Republika Srpska for over two years.

He told Bosnian media in October 2018 that the Republika Srpska government’s intention to form an independent international commission to deal with the events in Srebrenica in the 1990s war was a step “to reach the truth through objective findings and thus contribute to reconciliation among peoples”.

Verdicts handed down by the International Criminal Tribunal for the Former Yugoslavia and Bosnia’s state court found that Bosnian Serb forces killed more than 7,000 men and boys from Srebrenica in July 1995, classifying the slaughter as genocide.