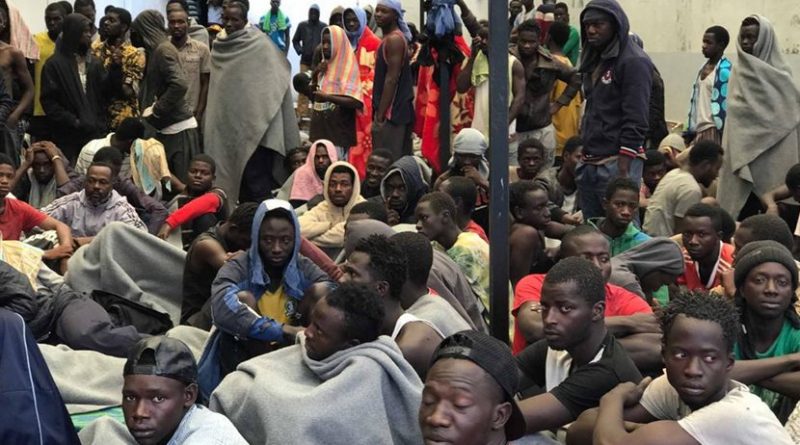 Last December, 164 countries approved a landmark accord in Marrakesh, Morocco that may lay the roadmap for governing migration. The Global Compact for Safe, Orderly and Regular Migration (GCM) is an intergovernmental agreement that tries to encompass all aspects of migration. The first of its kind, this instrument promises to improve the plight of migrants, but its non-binding nature and non-adherence of key migrant recipient states like the United States and Australia could wither initial gains. For migrant labor-sending countries like the Philippines, the pact was seen as a big boon.

Migration is as old as time, but views about it continue to divide nations. War, instability, violence and poverty have pushed migrants from Africa, Middle East and Central America to seek safety and a better life in Europe, Australia, Canada and the United States. However, notwithstanding their contributions, the security and economic costs of accepting migrants, their impact on local labor markets and peace and order have become a polarizing issue even among liberal Western democracies. Irregular migrant flows also prompted strong reaction even from traditional settler states. This includes President Donald Trump’s controversial proposal to build a physical wall in U.S.’ southern border with Mexico and Australia’s offshore immigration detention centers in Manus and Nauru.

The Compact thrusts the issue of migration at the heart of global governance, a pursuit long championed by advocate groups and states. It builds on past efforts such as the 2016 New York Declaration for Refugees and Migrants. It also rests on core international human rights treaties, such as the Universal Declaration of Human Rights, and relevant United Nations (U.N.) conventions, such as conventions against transnational organized crimes, human trafficking and slavery. Nevertheless, despite having sound foundations, GCM’s journey has just begun and challenges in its implementation are to be expected.

While majority of the U.N. members endorsed the Compact when it was referred to the General Assembly for voting on December 19, five countries voted against it — including the U.S. and Israel, 12 abstained, and 24 members were not present to cast their votes. Some states that voted in favor of the resolution adopting the Compact also expressed their interest to have the right to opt-out.

Several issues were raised against the Compact. It caused alarm that it might legalize mass migration with few checks. The lack of distinction between legal and illegal migrants and concerns about undermining domestic migration and national security laws were also cited. This is despite national sovereignty being enshrined as among the Compact’s guiding principles. GCM also encourages whole-of-government and whole-of-society approaches, recognizing that no single state agency and government alone cannot effectively address the complexity and multidimensional nature of migration. This buttresses the pact’s inclusivity.

Likewise, while the Compact decriminalizes migration, it does cite the risks associated with irregular migration and calls for strengthening international response to curb human smuggling. The Compact also clarified that it pertains to migrants and not refugees. Russia complained about the provision on “shared responsibilities” arguing that countries whose intervention in the affairs of sovereign Middle East and North African states which bred conditions for the mass exodus should bear the greatest burden.

The objective to end discrimination and “promote evidence-based public discourse to shape perceptions of migration” was also seen as potentially infringing on freedom of expression. There is fear that the pact will extend the definition of hate speech to cover those criticizing migration. The issue of accommodating and extending welfare to migrants who lack the skills to productively contribute to host countries also sparked intense debate. Refusal to sign on the part of some Western countries was seen as a concession to their respective political right constituencies. Migration policy has become a hot-button electoral topic in the West and not a few politicians have adopted greater caution in approaching it.

But while the Compact divided opinion in the West, it was celebrated by many countries that long championed the cause of migration, like the Philippines. GCM sets out 23 objectives and a range of corresponding actions. Many of them would improve the lot of migrant workers. This includes the goal to “facilitate fair and ethical recruitment and safeguarding conditions that ensure decent work.” Another is the goal to “invest in skills development and facilitate mutual recognition of skills, qualifications and competencies.” The goal “to promote faster, safer and cheaper transfer of remittances and foster financial inclusion of migrants” was also lauded. Similarly, the goal to “establish mechanisms for the portability of social security entitlements and earned benefits” was also welcomed.

With 10 million Filipinos overseas, protection of migrant workers and promotion of their welfare has long been a pillar of Philippine foreign policy. During its 2017 ASEAN Chairmanship, the country successfully pushed for a consensus on migrant workers. Back in 2007, the ASEAN Declaration on the Protection and Promotion of the Rights of Migrant Workers was also adopted in Cebu. As such, the Philippines has been an active player in the GCM process since day one. In the lead-up to Marrakesh, Manila hosted an international conference on the future of migration.

The conference stressed five major themes integral to GCM’s objectives. This includes the human rights of migrants; drivers of migration; human smuggling and other forms of exploitation and abuse; decent work, and labor and skills mobility and; international cooperation and migration governance. It also highlighted the importance of national and regional action plans as building blocks in implementing the Compact. The Manila Conference also cited the salience of adopting indicators and targets to assess GCM’s implementation.

The GCM is seen as a triumph for the cause of migration. For all its shortcomings, it signifies historic progress given the increasing resentment toward migrants and refugees even in liberal democratic countries in the West. For skilled migration, GCM can serve as an anchor for labor agreements between labor-sending and recipient countries that would ensure migrant workers’ rights and provide humane work conditions. However, fears that the Compact will embolden migration, especially for people in dire circumstances, generate tremendous anxiety in major destination states.

This article was published at APFFI