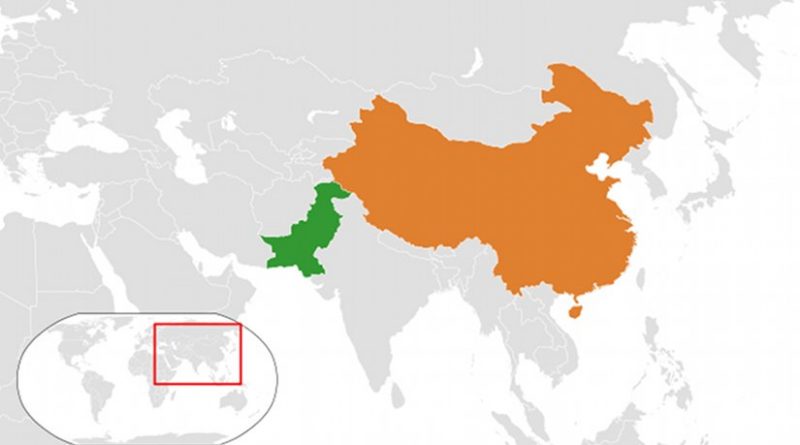 Not that it was unexpected, but China has once again blocked India’s bid at the UN to ban Jaish-i-Mohammed (JeM) Chief Masood Azhar, mastermind of the Pathankot airbase terror attack. Post the attack on the Indian Air Force (IAF) base on January 2, 2016, India wrote to the UN in February calling for immediate action to list Azhar under the Al-Qaeda Sanctions Committee. However, just hours before the deadline, China asked the UN Committee to keep Masood Azhar’s designation on hold on grounds that are ostensibly ‘technical’ in their nature.

This development came about despite the fact that India had forwarded strong evidence of JeM’s terror activities and its role in the Pathankot attack that killed seven Indian military personnel, which even the Pakistan’s Joint Interrogation Team (JIT) that was in India and which even had a member from the notorious Inter-Services Intelligence (ISI) in it, has not refuted the JeM connection, as per Indian media reports. India’s request had been considered by the Counter-Terrorism Executive Directorate (CTED) for technical aspects of the evidence provided. Thereafter, with support from the US, UK and France the technical team had sent it to all the members. Masood’s designation was to be announced after expiry of the deadline but China stonewalled the issue, reportedly after “consulting” Pakistan, which is not on the said UN Committee. Ironically, while the UN banned JeM in 2001, China has been using its veto to let Masood Azhar promote terror openly.

That China, with all its hallowed peace homilies has been promoting terror since ages is on record. China’s Ministry of Foreign Liaison under Mao Tse Tung recruited and supported third world extremist Maoist groups in Nepal, Burma (now Myanmar), Philippines, Cambodia, Japan and Peru; promoting communist ideology through the gun. More recently, Thomas Reed, former US Air Force Secretary wrote in his book ‘The Nuclear Express: A Political History of the Bomb and its Proliferation’ that China had intentionally proliferated nuclear technology to risky regimes, particularly Pakistan. Reed told US News that China under Deng Xiaoping, decided to proliferate nuclear technology to communists and radical Muslims in the third world based on the strategy that if west started getting nuked by Muslim terrorists or another communist country without Chinese fingerprints, it would be good for China. This is how rogue countries like Pakistan and North Korea were transformed into China’s nuclear talons. Significantly, China raised a host of objections to exposures in Reed’s book but all were withdrawn subsequent to discussion with Chinese scientists, as claimed by Reed. If this was not the initiation of nuclear terrorism, what is?

China has been tacitly supporting Pakistan’s export of terrorism both into India and Afghanistan, primarily because: one, it seeks Pakistan’s support in keeping the Uighur insurgency in Xinjiang at manageable levels; two, Pakistan’s support in keeping its economic interests in Afghanistan safe, even as ISI-linked Taliban-Haqqanis rocket Afghanistan’s Parliament and attack Indian assets in Afghanistan; three, as gratitude to Pakistan’s military for having leased out Gilgit-Baltistan to China, via CPEC and Gwadar; four, jointly keeping India in check whose territories both China and Pakistan illegally seek and with whom China sees strategic economic competition in the race to capture maximum markets, market forces having been credited with “decisive role” by Chinese President Xi Jinping. Ironically, the US too shows the Nelson’s eye to Pakistani export of terror, nuclear proliferation, and even persisting genocide in Baluchistan that is reaching boiling point akin to what had transpired in the erstwhile East Pakistan. Is it because just like in the case of China, Pakistan has assured the Obama administration that its proxies will not attack the US mainland?

While Agha H Amin, former Pakistan army officer wrote in 2012 he had no doubt that “Pakistan will be a semi autonomous Chinese province by 2030 and that Pakistani Baluchistan by 2030 would be a completely Chinese run show”, the signs are visible already. China may deny the presence of its People’s Liberation Army (PLA) troops in Gilgit-Baltistan, but ground reports indicate Chinese troops in civilian trucks are even guarding the “motorway” – the same way in which the road opening parties operate in insurgency areas. That China, with its policy of ambiguity and deceit, blatantly denies PLA indulging in such activities evokes little surprise. After all if China intrudes into Indian Territory 19 kms deep in Ladakh and says there is no intrusion. What else can be said about such habitual jaundiced liar?

In the same vein, China denies the presence of PLA troops on forward Pakistani posts along the Line of Control (LoC) with India in Jammu and Kashmir, dismissing such reports as “groundless”. Sure the PLA has dug in strategically in Gilgit-Baltistan, tunneling away missile silos in conjunction with the so-called hydel projects, but why would Chinese troops be on forward Pakistani posts? It could not be curiosity or Pakistan promoting ‘frontline tourism’ and surely, the hydel project does not imply taking the pipeline or kiosks at the forward posts. Perhaps it is further bonding of the China-Pakistan unholy sub-conventional nexus. Is Chinese advice being sought by protégé Pakistan on how to refine infiltration and aggravate the proxy war? Or is it that one may expect Uighur terrorists, tamed and trained by the duo, injected into J&K; same way as they are presently fighting in far away Syria?

Having consolidated his position as party leader, head of state and commander-in-chief, despite plenty dissent within his party against his autocratic style; Chinese President Xi Jinping, from behind the façade of collective leadership, appears to have established the cult of subtle but outright aggression. One can see the manifestations of this not only in South China Sea and Af-Pak region, but also conspicuously on the eastern flank of South Asia – in Myanmar, where China has established its most potent proxy in the United States Wa Army (USWA) straddling the ‘golden triangle’ in the Shan State, arming them with not only machine guns, shoulder fired air defence weapons and armoured vehicles but also with AZ-9G helicopters armed with TY-90 air-to-air missiles. The USWA has not joined the reconciliation in Myanmar and the Myanmar Army continues to battle them. China holds this proxy as the Sword of Damocles over Myanmar should it get cozier with the US.

But if the above was not enough, China has gone ahead and established the United Liberation Front of West, South, East Asia (ULFWSEA) in Myanmar last year, coinciding with the call of the ‘Act East’ policy by Prime Minister Narendra Modi. The ULFWSEA is a conglomerate of nine major insurgent groups of north-east India, top two being the NSCN (K) who abrogated the 13 year old ceasefire with Government of India last year courtesy Chinese intelligence, and ULFA whose militant leader Paresh Barua has been based in Ruli, China past several months. Through ULFWSEA, China has created the trigger to create instability in India’s northeast, including to support China’s fallacious claims to entire state of Arunachal Pradesh raised as late as 2005. Chinese intelligence officers are in constant touch with the ULFWSEA. The fact that ULFWSEA comprises insurgent organizations of India, not even Myanmar’s Kachin rebels (Chinese favourites) indicates China’s blatant interference in India’s internal affairs.

What will be China’s next move and how dirtier it will become in conjunction with its protégé Pakistan will be for the time to tell. Could it add to the volatility already being experienced in the Indian Northeast and Jammu and Kashmir? Would it also spell greater trouble for Afghanistan? Or could it be the case that, abetted by the conscious Chinese ignorance to its wrongdoings, the Masood Azhar’s JeM will add a Chinese wing to its already sprawling divisions? Sky appears to be the limit.

*Lt. Gen. P.C. Katoch (Retd.) is a veteran Indian Army and Council Member of United Services Institution of India. He can be reached at:: [email protected]