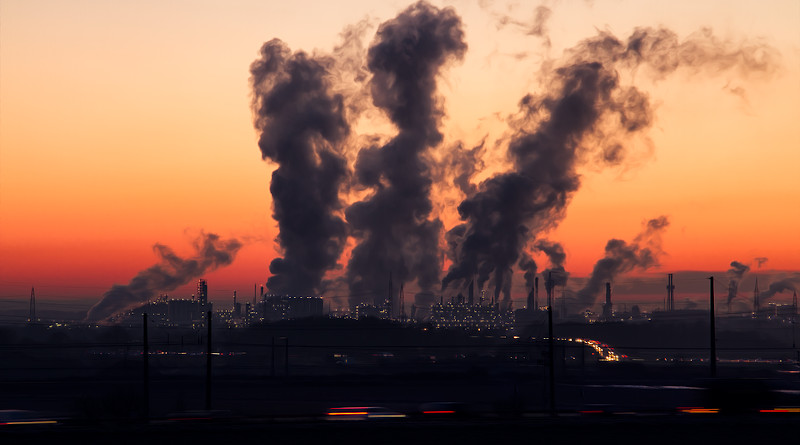 Over recent decades, as awareness of global warming and climate change has spread across the globe, the focus has fallen on carbon dioxide, which has been identified as the villain of the piece. There is no denying that carbon dioxide is extremely harmful to the global climate and is responsible, in large part, for the warming of the planet since the start of the Industrial Revolution three centuries ago.

But carbon dioxide has become an easy target for both climate activists and businesses for several reasons. First is that it is a high-visibility gas, as it is released as a result of several human actions and is pervasive around the globe. Be it transport, power or construction, carbon dioxide is one of the most noxious byproducts of many industrial processes. It is also released in huge quantities.

The burning of fossil fuels accounts for an overwhelming chunk of carbon dioxide emissions. In 2020, even though such emissions declined by about 7 percent due to the coronavirus pandemic, they still topped 31.5 gigatons. And, when combined with other sources, such as the change of land use from forest to farming, carbon dioxide emissions due to human activities reached 40 gigatons in 2020. This led the atmospheric carbon dioxide level up to an annual average of 412 parts per million — 48 percent higher than before the Industrial Revolution.

While such emissions are a serious issue and need to be cut drastically if global warming is to be slowed, focusing only on carbon dioxide is not the answer. For, besides carbon dioxide, there are a multitude of other greenhouse gases and many of them are far more lethal.

One such gas is methane, perhaps the second-most pervasive greenhouse gas after carbon dioxide. Methane is produced by a variety of activities, including agriculture, human and animal waste, landfills, energy use, and peat soil and biomass burning. According to NASA, between 2007 and 2017, wetlands contributed 30 percent of global methane emissions, with oil, gas and coal mining and transport accounting for a combined 20 percent. Agriculture, including flatulence and belching by ruminating animals, made up 24 percent of total methane emissions, while landfills contributed 11 percent.

As with carbon dioxide, methane emissions have been rising rapidly across the globe. According to the Global Methane Budget, the world’s emissions in 2017 were just short of 600 million tons, about 9 percent higher than the average in the years 2000 to 2006. By the end of 2019, the concentration of methane in the atmosphere had reached about 1,875 parts per billion (ppb) — more than 2.5 times pre-industrial levels. The largest emitters of methane include China, the US, Russia, India, Brazil, Indonesia, Nigeria and Mexico. These nations alone are believed to be responsible for nearly 50 percent of all global methane emissions due to human activities.

Methane is also often a precursor to ozone, another greenhouse gas. So, despite its shorter life when compared to carbon dioxide, its impact in global warming is much higher per unit, meaning methane emissions also need to be curbed if humanity is to achieve its stated goal of arresting global warming.

Besides methane, there are some other gases that contribute to the planet’s greenhouse effect. These include nitrous oxide, which is mainly released due to fertilizers and the burning of fossil fuels. In terms of global warming, nitrous oxide is about 300 times worse than carbon dioxide and it stays in the atmosphere for about 120 years. As with all other greenhouse gases, emissions of nitrous oxide have risen sharply over the past 30 years. Its global concentration levels increased from 270 ppb in 1750 to 331 ppb in 2018, with the quickest growth coming in the past five decades. Nitrous oxide now accounts for 6.2 percent of the world’s greenhouse gas effect.

Another category of gases that is extremely harmful is the hydrofluorocarbons (HFCs), which are used in the refrigeration and cooling industries. The various kinds of HFCs are far more toxic than any other greenhouse gas, with their global warming potential up to 23,500 times greater than carbon dioxide. Though these gases are produced in miniscule quantities compared to carbon dioxide, they account for nearly 3 percent of global warming. None of them existed before humans and hence are even more dangerous to the environment. HFC emissions are also rising fast across the globe thanks to products such as aerosol sprays and cooling systems. Ironically, thanks to global warming, the demand for cooling systems is also rising fast, which in turn leads to more damaging greenhouse gases being released into the atmosphere.

While dealing with carbon dioxide remains the top priority, it is time these other gases were also taken into account and plans for limiting their production and emissions expedited.