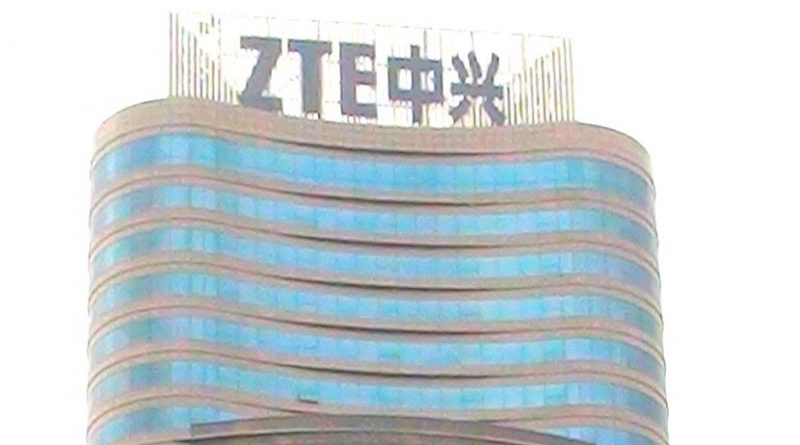 The toughest U.S. export penalty against a Chinese company on record may have little to do with other disputes over trade, but it could be a sign of whether ties will improve or suffer further strains.

In statements following the “denial order,” ZTE called the penalty “unacceptable” and threatened steps to protect its legal rights, “if necessary.”

But the company also struck a conciliatory tone, saying it would try to resolve the issue “through communication.” The Commerce Department has agreed to hear “additional evidence” from ZTE on an “informal” basis, The Wall Street Journal reported.

The export ban is the result of violations of a 2017 agreement to resolve charges that ZTE illegally sold telecom equipment including U.S. components to Iran and North Korea from 2010 to 2016, when it was placed on an “entity list” of banned parties by the Bureau of Industry and Security (BIS).

In March 2017, ZTE pleaded guilty in a federal court to charges of conspiring to violate U.S. sanctions against shipping U.S.-made goods to Iran, obstructing justice and making “a materially false statement.”

In an agreement, ZTE admitted it had intentionally disguised shipments using third parties and countries as part of a scheme uncovered by Reuters in 2012.

The settlement suspended an initial denial order and U.S. $300 million (1.9 billion yuan) of the penalties during a seven-year probationary period, provided that ZTE took steps including punishing offending employees.

But the scandal erupted again when U.S. agencies learned that ZTE violated the agreement by paying full bonuses to 35 employees implicated in the smuggling after four senior officials were fired.

ZTE now faces the consequences of having been caught red-handed in repeated deceptions.

In its statement, the U.S. $20-billion (126-billion yuan) company said the ban will “severely impact the survival and development of ZTE” and cause damage to its partners, “including a large number of U.S. companies.”

ZTE relies on U.S. suppliers for an estimated 25 to 30 percent of the components in its networking equipment and smartphones, Reuters reported. The ban could be “catastrophic” for the company, the news service said.

But several reports linked the case to the broader context of U.S.-China trade tensions, raising the question of whether the penalty should be seen as part of a political conflict or an enforcement action that stands on its own.

“ZTE is the latest company to be caught in the crosshairs of an escalating trade dispute between the United States and China that is zeroing in on the technological race between the countries amid heightened national security concerns,” The Wall Street Journal said.

In official statements, China has made clear that it sees the case as part of the bilateral clash over trade.

“The action targets China, however, it will ultimately undermine the United States itself,” said Ministry of Commerce spokesman Gao Feng.

“We hope the United States doesn’t fancy itself clever or it will only reap the bitter fruits from what it has sown,” Gao said at a press conference reported by state news agency Xinhua.

In China, the case has become a subject of patriotic fervor and backlash against Washington, according to Reuters, although ZTE, by its own admission, violated U.S. law on reselling U.S. components to a banned destination.

After failing to fulfill terms of its settlement agreement, ZTE is seeking a reduction of the penalties for a second time.

Trade and political experts suggest that the answers to the political question are complex.

There is little doubt that ZTE is subject to the suspended penalties under the terms of its agreement.

But whether the penalties might have been mitigated is another question, said William Reinsch, senior adviser at the Center for Strategic and International Studies in Washington.

“I know the enforcement people at BIS and they’re very straightforward about this sort of thing. This is a violation and there are rules, and this is how it’s supposed to play out,” Reinsch said in an interview.

But he added that enforcement officials are “not unfamiliar with political authorities at a higher level intervening on occasion and coming to a different conclusion for other reasons.”

In this view, it was the absence of a political decision to soften the penalties that resulted in the ZTE ban.

“What did not happen was somebody else getting in the way of this,” Reinsch said.

While the denial order should be seen as based on the merits of the case, the larger context suggests that trade relations are walking a tightrope in the administration of President Donald Trump.

“In a different time when the relationship was different, or maybe even in a different administration, there probably would have been more pushback at higher levels and more people saying let’s look at this in the context of the total overall relationship,” Reinsch said. “In this case, my sense is that there just wasn’t.”

David Bachman, a professor of international studies at University of Washington in Seattle, took a different view of the question of whether the ZTE case should be seen as a stand-alone issue or part of the context of conflicts with the United States.

“I think it’s probably both in the sense that ZTE has been in the sights of the Commerce Department since the initial decision,” Bachman said. “Clearly, they were violating the letter of the agreement.”

The interpretation points to more than one context for the severity of the penalties.

“I think the extent of the punishment may be reflective of the broader tension, but Commerce has had its eye on ZTE for quite a while,” said Bachman.

“The U.S. was unhappy with ZTE and it coincides with the broader Trump critique of China’s trade practices and so on.

They reinforce each other in that sense,” he said.

In the larger context, ZTE and its chief competitor Huawei Technologies have been under scrutiny since 2012, when the U.S. House Intelligence Committee investigated concerns that Chinese telecom equipment could include “back door” access that would compromise national security.

The companies have dismissed the concerns and denied the allegations, but security risks primarily related to Huawei have blocked deals for U.S. technology as far back as 2008.

In December, U.S. lawmakers wrote to the Federal Communications Commission voicing concerns about a pending deal with an unnamed U.S. telecom provider to sell Huawei smartphones in the United States.

Last week, The Wall Street Journal reported that the Justice Department is investigating whether Huawei also violated U.S. sanctions on Iran. A company spokesman declined to comment, the paper said.

The ZTE case is expected to accelerate China’s drive to develop domestic industries for production of semiconductors and other components so it can end its reliance on the United States. But the technological catch-up could take years.

China is planning to apply fifth-generation (5G) telecom technology to terminal devices in the second half of next year, leading to commercialization “in the near future, an MIIT official said last week, according to Xinhua.