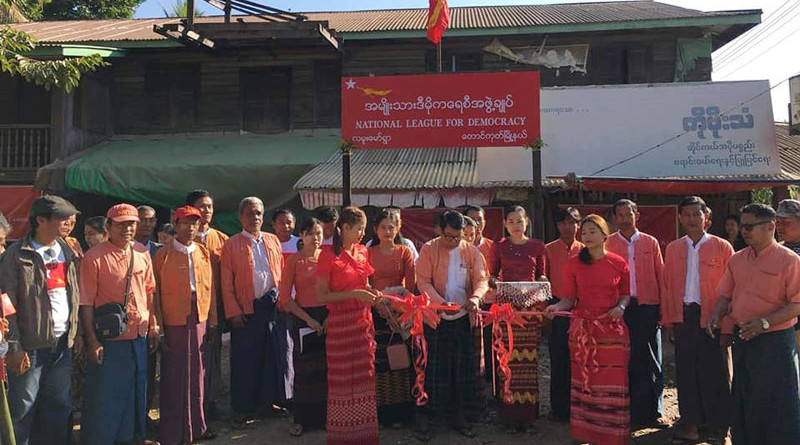 Some members of the National League for Democracy in Arakan State’s Taungup Township have gone into hiding, fearing for their safety following recent threats to local party backers and in one instance an attempted “arrest” by a group masquerading as police personnel.

NLD executive member U Tin Win Hlaing from Kyaw Kaing village is one such party affiliate now lying low, after a group in police uniforms tried to detain him on May 2, according to lawmaker Daw Ni Ni May Myint, who represents Taungup in the Pyithu Hluttaw.

Prior to that, fellow NLD member U Maung Nge was threatened by a group of people armed with weapons, and another group also tried to destroy the fence outside his brother’s house, Daw Ni Ni May Myint told DMG. She added that the twin incidents prompted the whole family to go into hiding.

Police Major Than Naing, head of the Taungup Township police force, said the group of people in police uniforms were not real law enforcement officers, describing them as belonging to a “terrorist group.”

“Police and the Tatmadaw are investigating the case,” he said.

He added that U Than Shwe from Bu Shwe Maw village, also in Taungup Township, was abducted on May 5 by people in civilian clothes who said they were from the Kyaukphyu police station. The reason for U Than Shwe’s apparent kidnapping was not known, he said.

U Than Shwe was elected as Bu Shwe Maw’s administrator and also serves as chairman of the committee to prevent COVID-19 in the village, residents said.

The Tatmadaw has alleged that U Than Shwe’s captors were from the Arakan Army. For the moment, DMG is opting not to seek comment from the ethnic armed group regarding the accusation, because the government has recently begun taking legal action against journalists who use the AA as a source in their reporting.

Home » Myanmar: Members Of National League for Democracy In Taungup Hiding After Threats