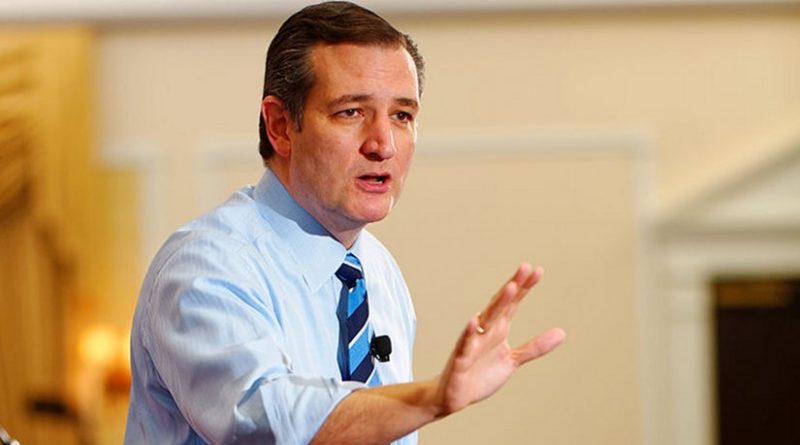 As the year witness to the battle over who will wrest the keys to the Oval Office from Barack Obama, 2016 is a time of interesting – but otherwise rarely publicized – discussions concerning American public opinion. The topics raised – many of which cannot be fully grasped even by those who closely follow the US presidential elections, such as quarrels over the procedures and rules of primaries and caucuses, extraordinary plans for the national conventions where the parties will announce their official candidates for the presidency and vice presidency, slippery coalitions established to block certain nominees, and delegate hunts –have already made 2016 an unforgettable year for the US.

One of the reasons 2016 will go down as a significant point in US political history is the rise of ‘zombie campaigns’. ‘Zombie campaigns’ are campaigns led by the candidates who suspended their bid or lost almost all chances of winning when they defined new political targets other than winning the post they sought at the start. Candidates who formally announced that they had quit the race and suspended the campaign they had been managing may actively maintain fundraising and political propaganda using the same campaign, albeit for a new set of priorities. The term ‘zombie’ is used because, even though a candidate may quit running in the race which is the heart of the political campaigns, or is forced to admit that there is no possibility of their clinching the nomination, the ‘dead’ platform is kept alive for the targets other than presidential nomination.

The Indiana primary was the turning point when the anti-Trump coalition realized that Trump is unstoppable. Having declared there would no “viable path to victory,” Texas Senator Ted Cruz suspended his campaign for the presidency, a move immediately followed by Ohio Governor John Kasich. In doing so, they arrested the establishment’s plans to line up behind Ted Cruz, the mostly hated person in the Congress, and force a contested convention in order to prevent Trump from becoming the Republican presidential candidate.

In most cases it can be expected that a candidate who suspends their campaign then withdraws from the election process completely. However, Cruz, who still holds intentions to shape the future of the party, has not exited the race. His campaign has actually resumed the delegate hunt, which was picked up after March. Before having dropped out of the White House race, Cruz struggled both to gain enough votes to win the nomination and to pick delegates from his supporters who would be unbounded and allowed to vote for whichever candidate they supported in second and following rounds in the case that no single candidate could claim a majority, requiring 1237 or more votes, in the first ballot. Cruz retains his focus on the latter target even after having pulled out of the race.

Many of the state primaries and caucuses have two phases. In phase one the voters cast their votes for the candidate they want to be the official presidential candidate of their party; in the second phase, the delegates representing their state in the national convention are chosen. Even in the states where Trump swept through with resounding victories, Cruz became greatly largely involved in the election process of the delegates so as to seek control of the convention and party platform and to prepare for another White House run in 2020. It should be kept in the mind that the national conventions is not just a symbolic meetings where official nominees for the presidency and vice presidency are announced. Rather, the rules under which the current convention is to be conducted, the important committees formed for the convention, and the significant changes that will affect the next presidential nomination processes are all made in the national conventions. In this context, Cruz’s ‘zombie’ campaign with its long-continuing hunt for delegates have three main targets for the convention.

The first target of Cruz’s campaign is the closed primaries. Thanks to the Republican National Committee (RNC), states are free to enact their own rules with regard to the primary and caucus processes. Therefore, in order to glean votes from both independents and those who have different party affiliation or lean toward another party in the presidential elections in November, many states allow voters who have registered with the party and those who unregistered or registered with a different party. However, the Cruz campaign advocates that this practice allows for candidates not having a conservative or conventional Republican stance – such as Trump – to become the party’s nominee. For this reason, Cruz aims to establish a new rule that is binding for all states and would prohibit Democrats and independents from sitting in the Republican presidential nomination through acting as delegates attending the convention.

The second target of Cruz’s campaign in the national convention is “the Conscience Clause”. Over the course of time the power to determine the Republican nominee for the presidency and vice presidency has shifted from the unbounded delegates to ordinary voters. Because of this the role the delegates play in the presidential nomination battle has been narrowed down to voting for whom the voters in their state voted for. “The Conscience Clause” would allow delegates to exercise self-consideration based on their ‘conscience,’ and thus releases them from voting along the primary results in the case that the presumptive standard-bearer contradicts their own believes and holds views completely dissimilar with the historic ‘standards’ of the party. Cruz intends to prevent future Trump-like candidates from winning nomination as well as protect the power of conservatives in the party through a change that would restrict the voter’s authority in choosing delegates.

Lifting of the controversial 40-b rule was accepted in the 2012 convention where Mitt Romney was anointed as the Republican nominee is another one of Cruz’s objectives. According to the 40-b rule, unless a candidate can gain the support of the majority of delegates in at least eight states, they cannot obtain the nomination. The main objective of Romney with the 40-b rule was to block Ron Paul, the libertarian leader and Romney’s main rival, from the Republican National Convention floor by making Paul ineligible to receive votes from delegates. Even though Cruz explicitly referred to this rule in asserting that Kasich should drop out of the race, he is now striving to kill that rule in to gain the support of libertarians alienated by the establishment for his prospective 2020 presidential bid.

Although the Democrat race is officially continuing, Senator Bernie Sanders of Vermont has no chance of clinching the nomination when one crunches the number of delegates. Even though he won more than 20 states and has received more than 9 million votes, it will be almost impossible for him to reach the 2.383 delegates needed to lock up the nomination, as this would require him to win the forthcoming states with more than 80 percent. However none of the trustworthy polls do not set out suck kind of decisive victory for Sanders.

Neither the longstanding impossibility of obtaining the required delegate count nor the pressure of Democrat elites upon Sanders to quit the race have convinced him to pull out. Instead, he has orchestrated his campaign to ‘infiltrate’ into the significant committees that will be determined in the Democratic National Convention through which he seeks to have greater say over the party’s platform and political standing. In other words, in not dropping out of the contest, Sanders strives to enhance his negotiation power vis-à-vis the Democratic establishment, and it seems he has begun to grasp this goal.

The first success of his presidential campaign is that the party’s national convention will be held in July. It was announced that Sanders will pick five out of the fifteen members of the national convention drafting committee, a group holding the power to write the rules of the convention, while Clinton will pick six members. It is actually the privilege of the Democratic National Committee (DNC) chair to determine the members of that committee. However, the DNC Chairwoman Debbie Wasserman Schultz has to ‘share’ this privilege not only with Clinton, but also with Sanders. Thanks to the campaign Sanders has actively kept up, he is able to fight for important committees within the party platform. Through these he aims to make the voices of millions of people heard all across the country and throughout political establishment of the United States.

As self-proclaimed “democratic socialist” supporting Scandinavian-style social welfare, the second and most outstanding success seen by Sanders is his effect on Clinton. To eliminate the threat Sanders has posed as they barrel towards the November elections, Clinton have revitalized certain areas of her political stance. Specifically, her economic proposals have become more left-leaning and she has adopted certain progressive elements Sanders championed in order to gain supporters who sympathize for Sanders so that she may concentrate on beating Trump. Having pushed Clinton further to the left is undoubtedly Sander’s greatest achievement and also the most explicit reason behind continued pursuit of his ‘zombie campaign’.

The 2016 presidential election which may be either the last nail pounded in two-party system’s coffin or a remarkable point in the permanent and comprehensive transformation of party identities, means far more than just the race between Trump and Clinton. To comprehend the election process experienced by the US, it is the crucial to follow not just the leading candidates, but also those who have lost (or are in the process of losing). In this regard, after a long period of time, party’s national conventions commands as much attention as the November elections. 2016 will go down in US political history as far more than the year when the 45th President of the United States was elected.

*Furkan Zengin is a researcher at USAK Center for American Studies. His main interests are US domestic and foreign policy and US-Turkey relations.

Home » The ‘Zombie Campaigns’ In 2016 US Presidential Elections: Lost But Still Alive – Analysis