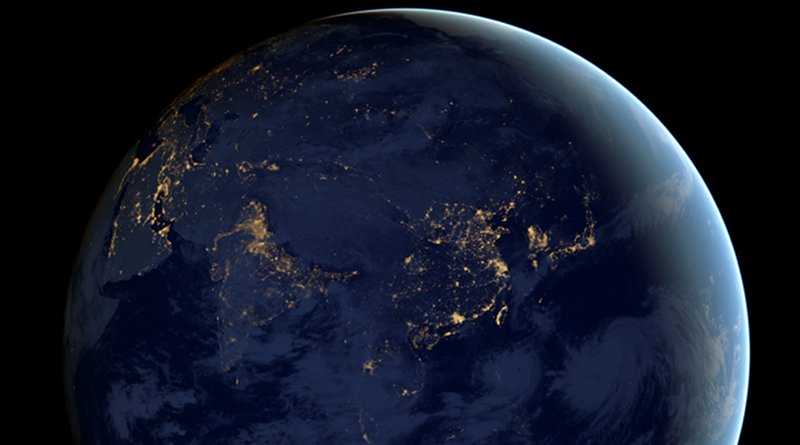 While US President Donald Trump’s release of Space Policy Directive-4 in February that enables the establishment of the US Space Force received much focus in the way of headlines, this was hardly the first time that a military has set up a special branch for space operations. Indeed, there is a need to focus much more on what the significance of these moves means for Asian security and the implications of efforts to create space commands and forces.

First, the place to start is to acknowledge that several countries are establishing such special units. The US space force is only the latest and so others are doing it as well. China established the Strategic Support Force (PLASSF) in 2015, integrating the PLA space, cyber and electronic warfare capabilities, a key institutional innovation. Russia made similar institutional innovations with the Russian Space Forces in 2011 as part of the Russian Aerospace Defense Forces meant for military space-related activities. India, similarly, appears also to be on the way to creating such a special space command.

Second, it is important to keep in mind that even though it sounds like a fighting force, the space force is mostly aimed to bring about greater integration of functions and the better coordination among different agencies involved. There is a need to pay greater attention to the details of these bureaucratic changes and innovations.

Third, it is necessary to be clear about what the details are in public policy discourse because alarmism can be negative too. The creation of space forces and commands does not necessarily mean we are on the cusp of states engaging in combat in outer space. We should be realistic about the limited nature of these efforts to date, even though we should not ignore development possibilities that may be more oriented toward actual combat in the future. The point is that we still have time to head off such dangerous developments.

Fourth, it is important to understand the varying rationales behind decisions to create these forces.  For instance, the US Space Force can be seen as a result of the increasingly worsening security situation and a consequence of the great power politics. Outer space was largely unaffected by terrestrial geopolitics for the first several decades of the space age, but in the last decade, this has changed. There are greater insecurities today and this has an impact on outer space too. We cannot ignore the political realities that are driving these developments, because they partly influence what we can do about it.

Fifth, we need to be clear about the dangers that stem from these developments. One danger is that more and more countries will follow this path and establish specialised space commands. As space begins to assume a more active role in the security and military operations including conventional ones, countries would seek greater coordination of their efforts and will end up establishing these specialised commands. The need for greater synergy in space activities is understandable, especially as outer space exploitation gets more important to welfare on the ground. But such coordination can also be possibly done by civilian agencies rather than military ones. We need to develop alternate models that do not ignore the need for greater coordination and synergy within governments, but without suggesting it can only be done under military commands.

A real danger is if this were to lead to a security dilemma between countries in outer space that spurs further development of space commands and forces. This is a danger especially because these new efforts are being led by military forces. The demonstration effect of some powers doing it, and the uncertainty of why they are doing it, will force others to imitate them. Even if no side wants it, we could end up having an arms race in outer space because of this. We should examine how this outcome can be prevented.

Sixth, we then need to look at a range of measures that can help us address these dangers. Greater dialogue and transparency can help, especially since these efforts are being driven by the need for greater coordination rather than the need to engage in military combat. Greater transparency and openness are the only possible solutions given the overall international security scenario and the nature of great power politics. Especially given that there might be an actual, understandable reason for setting up specialised coordination agencies, greater transparency might help avoid misunderstanding between the great powers.

Also, early effort is necessary to prevent more states from creating such space forces. It may still be possible to get some basic understanding between powers about what are the do’s and don’ts in creating such forces and commands. For example, to the extent that these are being driven by the need for greater national coordination, states could agree to put these efforts under civilian rather than military agencies. This could ensure that this effort at greater coordination does not get militarised.

All this is not to minimise the challenges posed by the growing security attention to outer space. But it is to suggest that for all the alarmism we have seen, there might still be time to head off a new security problem related to outer space. That requires greater attention to this problem, avoiding alarmism about space forces, and understanding and accepting the need for greater coordination within state agencies while at the same time creating some rules and norms to ensure that these efforts do not become militarised. Such a balanced approach can help us maximise the opportunities and minimise the challenges in this area in the coming years.

This commentary originally appeared in The Diplomat.

Home » What Does Rise Of Asia’s Space Forces Mean? – OpEd