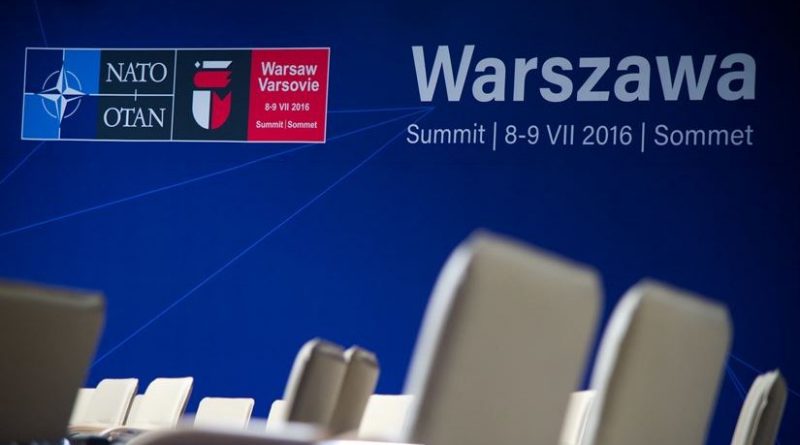 Conference venues await heads of state and heads of government who will convene July 8, 2016, for the NATO summit in Warsaw, Poland. NATO photo

US President Barack Obama is on his way to Poland to attend NATO’s Warsaw Summit to discuss the future of an alliance that has grown to be the cornerstone of global security.

The summit is a great opportunity for the president “to consult closely with our allies … in the aftermath of Brexit, some of the tensions with Russia over the past several years and some of the broader concerns about the counter-ISIL efforts and the refugee situation,” Ben Rhodes, the deputy national security advisor, told media during a teleconference yesterday.

The president will also discuss operations in Afghanistan, Rhodes said.

“From a NATO perspective, this summit comes at a real inflection point … in the alliance,” said Ambassador Doug Lute, the U.S. permanent representative to NATO.

Lute cited Russia’s more assertive actions to the east of NATO, the alliance’s 1,500 mile long border with the conflicts in Syria and Iraq, and then the mass migration flows to Europe across the Mediterranean as reasons for concern. “All these factors in multiple directions combine to really mark this [meeting] as different in NATO’s long history,” he said.

Lute, a retired Army lieutenant general, compared the situation today to the fall of the Berlin Wall and the dissolution of the Soviet Union.

There will be two key themes in the sessions at the Warsaw Summit, the ambassador said. The first is to follow-up on progress made in decisions made at the Wales Summit in 2014. “The alliance took measures to put a larger percentage of its force posture on a higher readiness standard,” he said.

This is NATO’s Very High Readiness Joint Task Force, the keystone deliverable from the last summit, Lute said. The force has exercised and is ready, NATO officials have said.

The readiness force will be complemented with “modest and responsible” force presence along the Eastern flank of the alliance. Four NATO battalions — from the United States, the United Kingdom, Canada and Germany — will deploy to the Baltic republics and Poland. “You will have forward presence backed up by rapid reaction,” Lute said.

The ambassador noted that NATO remains open to dialogue with Russia.

The second major theme revolves around the alliance exporting stability to its periphery, Lute said. This is the focus of the July 9 sessions beginning with meeting with Afghan President Ashraf Ghani and Chief Executive Abdullah. The alliance will sustain its current level of support to the country beyond 2016. Obama’s announcement yesterday that the U.S. contribution will be sustained into 2017 “is a very welcome statement,” the ambassador said.

The second session will discuss the counter-ISIL campaign, Lute said. “We will talk about how we can work alongside the European Union to contend with the mass migration across the Mediterranean,” he said. “We will also discuss how to deal with weak or failing states to buttress their ability to stabilize themselves and defend themselves.”

The last session will concentrate on Ukraine, and that nation’s president — Petro Poroshenko — will meet with the Atlantic Council to discuss the political and security situation inside Ukraine.