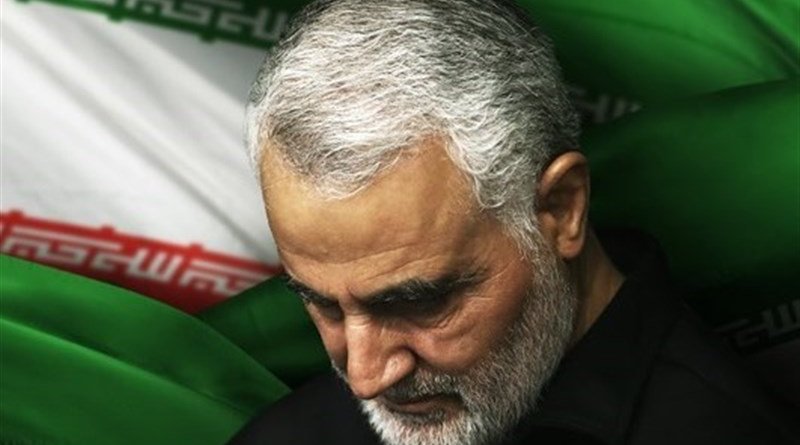 (RFE/RL) — A UN expert has concluded that a U.S drone strike that killed top Iranian general Qasem Soleimani in Iraq early this year constituted an “arbitrary killing” that was “unlawful.”

“Major General Soleimani was in charge of Iran military strategy, and actions, in Syria and Iraq. But absent an actual imminent threat to life, the course of action taken by the U.S. was unlawful,” Agnes Callamard, the UN special rapporteur on extrajudicial, summary, or arbitrary executions wrote in the report released on July 7.

The assassination of Soleimani, who headed the Quds force of the Islamic Revolutionary Guards Corps (IRGC), in a U.S. drone strike near Baghdad’s airport in the early hours of January 3 brought the United States and Iran close to a military conflict. Several others died in the attack as well.

In her report, Callamard said the targeted killing is “the first known incident in which a state invoked self-defense as a justification for an attack against a state-actor, in the territory of another state.”

The administration of U.S. President Donald Trump justified the killing by saying that Soleimani was in the process of orchestrating attacks on Americans and others in the region.

In a tweet, Trump said that Soleimani had “killed or badly wounded thousands of Americans over an extended period of time, and was plotting to kill many more…but got caught!”

“No evidence has been provided that General Soleimani specifically was planning an imminent attack against U.S. interests, particularly in Iraq, for which immediate action was necessary and would have been justified,” the independent rights expert said.

She added that the United States also provided no evidence that the harm caused to the country was “proportionate to the harm allegedly averted.”

The report on targeted killings through armed drones, around half of which deals with the Soleimani case, is to be presented to the Human Rights Council in Geneva on July 9.

Callamard called for accountability for targeted killings by armed drones and for greater regulation of the weapons.

The United States is not a member of the council, having withdrawn in 2018.