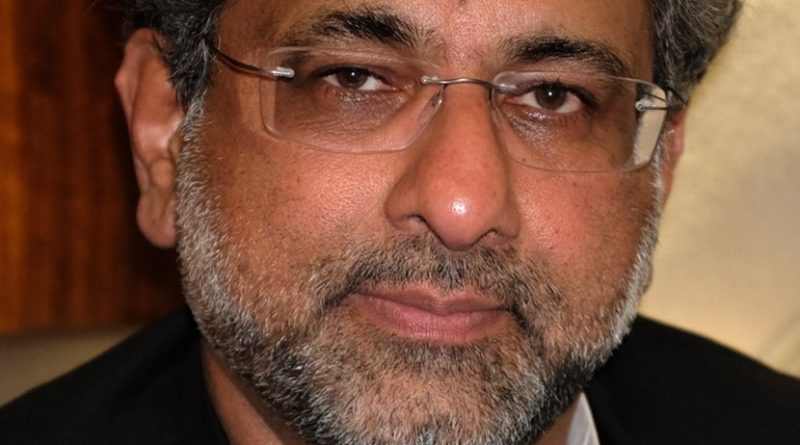 The days of Pakistan depending on the US for its military and other requirements are over, Prime Minister Shahid Khaqan Abbasi has signaled in an interview with Arab News.

“If one source dries up … we have no option but to go to another source,” he said.
The prime minister said most of Pakistan’s “frontline weapons were of US origin but that has changed over the years. We have Chinese and European systems. Recently, for the first time we have introduced Russian attack helicopters. So it’s more diversified now.”

Abbasi, who became prime minister in August after his predecessor Nawaz Sharif was barred from public office by the Supreme Court, said there was concern in Pakistan over US President Donald Trump’s new South Asia policy, announced the same month.

Trump accused Pakistan of harboring terrorists and giving them sanctuary on its soil, leading to continued instability in Afghanistan.

In what Abbasi described as a “candid” discussion with US Vice President Mike Pence at the UN General Assembly last month, he said Trump’s policy statement had caused “a lot of apprehension” about “what it meant for Pakistan-US relations.”

“Whatever concerns they have, we have shown our willingness to address those concerns,” Abbasi said.

“We can categorically state that we do not provide any sanctuaries to anybody … we have a common objective that is to destroy terror and bring peace to Afghanistan.

“Much of the area bordering Pakistan is controlled by the Taliban. The people we are fighting in Pakistan today, their sanctuaries are in Afghanistan, their leadership is living there, the planning is done there, the logistical bases are there, and they regularly cross the border and attack our installations.”

Abbasi said Pakistan wanted peace in Afghanistan through a solution that is “owned and led by the Afghans,” and cautioned that Washington’s desire to add India to the mix would be detrimental.

“We do not believe that injecting India into the Pakistan-US relationship will help resolve anything, especially in Afghanistan where we don’t see any role for India.”
The prime minister said Pakistan wanted the world to recognize Pakistan’s efforts in fighting the “world’s war” on terror.

“Nobody has fought a bigger war against terror than we have with our own resources,” he said. “Even the most conservative economic estimate of Pakistan’s losses in this period is over $120 billion,” in addition to the immense loss of life, both civilian and military, with “200,000 of our troops deployed” fighting this war even today.

He said Pakistan will not devalue the rupee or seek help from the International Monetary Fund to address its fiscal challenges.

“Economies have also slowed down in the Gulf, where most of our remittances used to come from.”

“There has been a decline in the reserves but hopefully the last two months show an improving trend and the numbers for September will come in… and we expect to resolve that issue within our resources and not have to resort to the IMF. I don’t think the IMF program is something that we intend to pursue.”

Abbasi said Pakistan and its economy were in an “expansion phase,” and were placing their hopes for the future on Chinese investment — particularly CPEC, the China Pakistan Economic Corridor, part of China’s ambitious $1 trillion One Belt One Road initiative.

“If you look at any economy, the basic ingredient is more infrastructure to resolve infrastructural issues and this is a quantum leap in that direction,” he said.

“It’s a massive investment, over $60 billion today. It’s mostly in infrastructure that we badly needed. Our roads, ports, industrial zones … it will open up western channels access to the world. It will help us to move our commerce faster. It will help us develop more industries and help with exports.

Abbasi rejected suggestions that large investments would give China undue influence in Pakistan.
“It’s a two-way relationship,” he said. “They have equity investments here but mostly it is debt or loans of some kind and it is basically focused on certain areas. We do not view it as a threat of any kind.
“Pakistan’s economy has the capacity to repay those loans. They have been targeted very carefully and the economic dividends will pay for more than the loans are worth. So, it’s an economic relationship in that sense.”