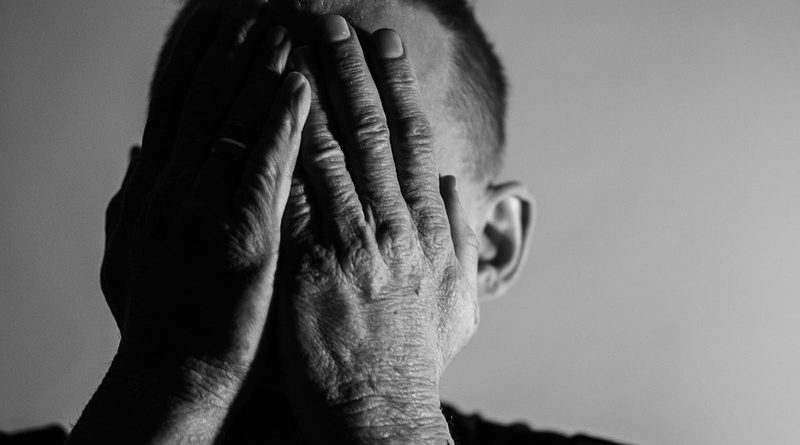 Canada’s decision to prosecute a February attack by a machete-wielding Involuntary Celibate (Incel) as a terrorist act has fed an ongoing debate about whether Incels are terrorists, and if the community demands a dedicated national security effort.

By Raffaello Pantucci and Kyler Ong*

Incels justify their acts of violence as revenge against women or society in response to their inability to have sex or enter into a relationship with women. They see themselves as having more inferior genes, and are angry at women who prefer men they describe as “Chads” (men who are ‘sexually successful’). Whilst the movement remains generally non-violent and confined to online chat forums, a more militant community has emerged recently that encourages the expression of their frustrations in lethal ways.

There are myriad definitions of terrorism. What draws most of them together is the use of violence against non-combatants in advance of a political goal, usually by a non-state group.

One of the biggest hurdles therefore in including Incels within the roster of terrorist organisations is the absence of a clear political goal, beyond a revenge for their personal rejection by the opposite sex. Some Incels discuss an imagined historical world in which women were more subservient to men and hearken back to it, but there does not appear to be a concerted strategy to achieve such a goal.

There are elements within the Incel community, however, that mimic traditional terrorist modus operandi. The self-directed attacks, use of social media to network and radicalise, and the employment of non-sophisticated weapons, are all tactics that resemble broader trends in contemporary terrorism.

By posting pre-attack manifestos or intent to start an “Incel rebellion”, some Incel attackers resemble traditional terrorists as they appear to have a wider goal, seek recognition, presence and broader meaning to their act. These texts are for the most part confused, however, and do not appear to articulate a very coherent broader worldview and plan.

Moreover, the Incel ideology converges with the broader range of ideologies which characterise the extreme right-wing today. Strands of white supremacy, misogyny, anti-government sentiments and racism are weaved into Incel narratives.

Elliot Rodger, the first Incel attacker, was vehemently against interracial relationships and partially attributed his inability to get a girl to competition from other races. Tobias Rathjen, the Hanau shooter in Germany, launched his acts of terror in the name of anti-immigrant feeling, but there were clear strains of Incel thinking in his manifesto.

Taken alongside the many other extreme right narratives that have emerged in the past few years – from the militant North American Boogaloo Bois to the increasingly global QAnon movement (which the US Federal Bureau of Investigation (FBI) regards as a potential terror threat) – it is possible that Incels should potentially be defined as simply another articulation of the modern extreme right, where misogynistic ideologies are rampant.

This definition places Incels within a frame which is relevant to national security actors, reflecting them as part of the confusing new expressions of terrorism focused around lone actor violence which have increasingly taken centre stage around the world.

The correlation between Incel and the extreme right-wing throws a spanner in the works when trying to establish their relevance in Asia. Given that the extreme right-wing is still mostly a white supremacist movement which therefore resonates in areas of white majority populations, outside New Zealand or Australia, the nexus is less salient in Asia.

But it is worth noting that there are many Incels who are also non-white. Rodger himself was of a mixed-race descent, but considered himself to be descended from “British aristocracy,” placing him as part of (what he considered) a superior race. Pure Asians, especially the diaspora community found in Western countries, also embrace their own interpretations of Inceldom, dubbing themselves “currycels” or “ricecels” depending on their ethnic origin.

Incels are in part a reaction by young male populations of the perceived feminisation of society and their relative weakening. While admittedly a generalisation, Asian societies tend to be dominated by an uncontested patriarchy, where misogyny (and its associated violence) is not uncommon. The growing women’s rights movement may provide the same impetus that has in part produced Incels in the West.

Such narratives are already visible in online communities. A case in point in Singapore is the dissatisfaction of losing girls to white immigrants. Others take on a slightly different but equally misogynistic flavour, such as the sentiment of how military conscription sets men back in their career whilst self-serving and career-minded women are given a step ahead to advance in life. This sense of male victimhood is something which is universal and could find resonance and manifest violently in an Asian context through something that might look like Incel violence.

The question then is whether this group of angry young men warrant the sort of rigorous counter-terrorism efforts that have been poured into tackling jihadist extremism.

Certainly the rise of the extreme right appears to be something that the security community in the west had overlooked. Some extreme right imagery and ideas from Reddit, 4chan or 8kun have penetrated Asia and been repurposed for local conflicts. Pepe the Frog has appeared amongst the Hong Kong democracy movement, while anti-Muslim feeling in India or Myanmar often steal imagery and ideas from western discourses online.

This suggests a spread of ideas from West to East with potentially dangerous consequences. Male anger is an issue in Asia which might ultimately start to see Incel ideas as meshing with their broader rage and even present a useful outlet. Violence could be the result.

Regardless, any decision to draw Incels into the realm of national security effort must consider the costs (such as the risk of pushing the community underground) and benefits (heightened efforts to thwart the threat) of doing so. A community of angry young men feeling they do not have a place in society is not a new human phenomenon, putting a terrorist label must be carefully calculated.

*About the author: Raffaello Pantucci is a Senior Fellow and Kyler Ong an Associate Research Fellow at the International Centre for Political Violence, Terrorism Research (ICPVTR) of the S. Rajaratnam School of International Studies (RSIS), Nanyang Technological University (NTU), Singapore.

One thought on “Incels And Terrorism: Sexual Deprivation As Security Threat – Analysis”