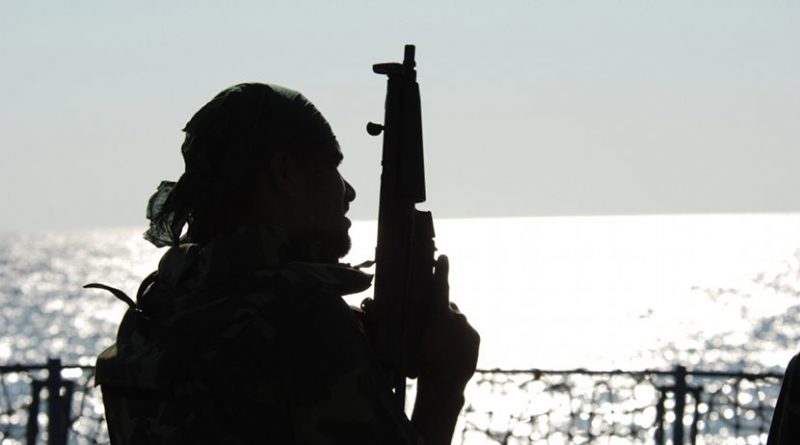 Pakistan Army is notorious in exterminating duly elected Pakistani Prime Ministers who politically dare to assert civilian supremacy over Pakistan Army Generals. PM Bhutto was executed in 1979 after being deposed in a military coup by General Zia. PM Nawaz Sharif was deposed in a “Judicial Coup” by Army in 2017and left to rot in Pakistani jails denied expert medical treatment.

Late Zulfiqar Ali Bhutto was President of Pakistan from 1971-1973 and Prime Minister from 1973-1977 when he was deposed in a military coup. Thereafter, on trumped up charges he was imprisoned and executed in 1979, in a retrial after being acquitted the first time.

The final nail was getting then PM Nawaz Sharifs’ “Political Disqualification” for life by Pakistan’s judiciary forcing him to demit as PM three months short of competing his five year term. Pakistan Army Generals had assessed that in the ensuing General Elections PM Nawaz Sharif would be back as Prime Minister and he would be more emboldened to establish civilian supremacy over Pakistan Army.

This time Pakistan Army did not dare a direct military coup but with collusion of then Pakistan Supreme Court Justice got him “Disqualified” on corruption charges which had yet to be proved legally in Court, three months before he could complete his full term. In my Paper at that time I was the first to term this as a “Judicial Coup”.

Thereafter Former PM Nawaz Sharif stood lodged in jails and denied both bail as well as expert medical treatment. It is only lately when doctors raised alarms on his rapidly declining platelet counts and kidney disease that he was given limited bail for medical treatment, Pakistan Army did not want that the end of Nawaz Sharif takes place in jail as such a martyrdom would endow him with the halo of a “Shaheed of Punjab” felled by Pakistan Army.

Pakistan Army could get away from the contrived execution of late PM Bhutto because he hailed from Sindh and was a Shia.. This did not raise the hackles in Punjab’s Heartland Punjab Province. But ailing Former PM Nawaz Sharif hails from Punjab and his Party had ruled Punjab for years with wide political support. Can the Pakistan Army weather the political storm and disturbances likely to follow in the wake of what can be termed as a ‘slow death’ perpetrated by Pakistan Army and the colluding PM Imran Khan though from Lahore but a Pathan by descent.

Pakistan Army Generals, even those with democratic instincts, were loath to return to military barracks and view civilian supremacy as a threat to their over-riding claims on outlandish oversized Defence Budgets and their vested corporate interests in the Fauji Foundation industrial empire. In short Pakistan Army Generals combine at any moment of time is hungry for political power having tasted it for decades.

Furthermore, since both Bhutto and Nawaz Sharif were initially ‘political creations’ of Pakistan Army Generals they considered it as an affront that the very hand hat fed them was now ungratefully ready to bite that hand.

Ironically, by the same token, Prime Ministers Bhutto and Nawaz Sharif were deposed by Pakistan Army Chiefs handpicked and selected by these two Prime Ministers bypassing Generals senior to them—General Zia ul Haq in case of Bhutto and General Qamar Bajwa in case of Nawaz Sharif. In case of PM Nawaz Sharif the Pakistan Army Chief did not resort to direct military coup but under corporate pressure of Pakistan Collegium of Corps Commanders contrived a ‘Judicial Coup” abetted by then Chief Justice of Pakistan Supreme Court.

Pakistan Army over the last seven decades having lost all wars of aggression to India and contributed to the fragmentation of the 1947 Pakistan by genocide in East Pakistan, now Bangladesh, has manged to project itself as the ‘Saviours of Pakistan & Defenders of Islamic Faith of Pakistan”. This has been achieved by Pakistan Army by a mixture of public deceit in suppressing reports like the Hamidur ur Rahman Commission condemning Pakistan Army for the breakup of Pakistan by its genocidal actions and misleading propaganda to the gullible Pakistani masses.

The last question is the most significant and that is as to why Pakistan’s mainstream political leaders have failed for seven decades to discipline the Pakistan Army Generals and establish civilian supremacy over the Army Generals. Multiple reasons can be ascribed for this failure. To begin with Pakistan Army Generals followed the British colonial practice of ‘Divide & Rule’ of the Pakistani polity. This has been achieved by a mixture of political inducements, political threats, blackmail and intimidation.

The above process could have been averted if Pakistan’s Supreme Court had the spine to uphold Constitutional provisions and democratic norms. Sadly for Pakistan its Supreme Court at various stages critical for Pakistan political dynamics entered iinto collusive suppression of democracy with Pakistan Army Generals either out of fear or own volition to further personal ends.

Pakistan today seems to be heading towards a ‘Second Bhutto Moment” where Former thrice elected PM Nawaz Sharif  has virtually been on ‘death row’ and placed in a ‘slow death’ mode by denial of necessary expert medical facilities and advanced medical treatment abroad to save his life. The last minute temporary reprieve given by the Pakistan Army Generals through their selectee PM Imran Khan of temporary bail was to pre-empt Nawaz Sharif’s death in jail.

Concluding, it needs to be emphasised that Former PM Nawaz would be more dangerous dead than alive for Pakistan Army Generals as his ‘slow death’ by denial of medical treatment would make Nawaz Sharif  a “Shaheed (Martyr)of Pakistan’s Heartland-Punjab” with unpredictable consequences. Turbulence so generated will not only hit Pakistan but more tellingly on China which today holds Pakistan in a colonial grip- courtesy Pakistan Army.