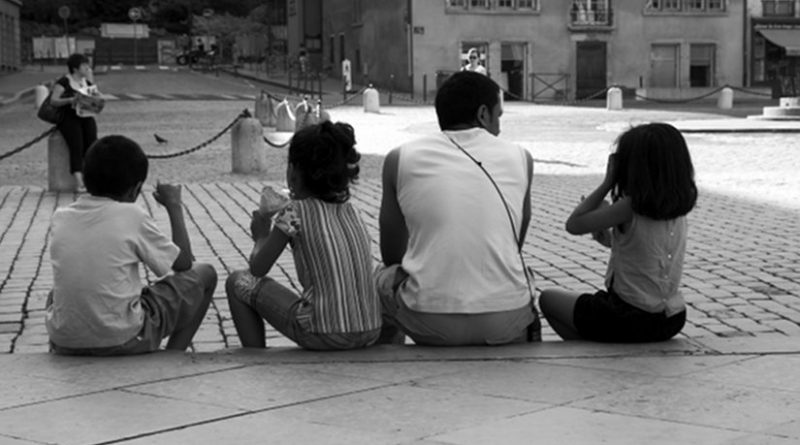 “The treaty does not say that France must undertake to have children, but it is the first thing which ought to have been put in it. For if France turns her back on large families, one can put all the clauses one wants in a treaty, one can take all the guns of Germany, one can do whatever one likes, France will be lost because there will be no more Frenchmen.” -George Clemenceau

France went through the second demographic transition in the middle of the eighteenth century and its population lagged behind those of Germany and Great Britain. While citizens of these last two countries immigrated, France imported migrants from other Catholic countries such as Belgium, Italy, Poland and Spain. The French government also took pro-natality measures such as such as family allowances.

While originally Europe’s most populated country, France’s slide into lower birth rates preceded the other countries of the continent by approximately 100 years. At the end of the 1930s, the country had the world’s oldest population.

The French population, which has doubled over a period of two hundred years, has alternated periods of strong growth (in the first half of the 19th century, early 1920s, and from the end of the Second World War to the 1960s) and of decline.

One of the reasons for France being a demography laggard was most certainly the fact that French women had easier access to contraception than other European women, and in particular than German women. Further, the First World War killed or made prisoner 1.3 million men. One in eight Frenchmen aged between fifteen and forty-nine died.

Petain’s government during the German occupation attempted to increase birth rates through the distribution of medals, but registered a total failure.

Today France is only one of two countries in Europe with a growing population and has the continent’s highest birth rate at 2.0 children per woman, representing three quarters of Europe’s positive demography, but it remains below the replacement rate of 2.07. No doubt this very honorable result is due to the fact that the country offers a large number of day care centers, generous parental leave, allowances, and tax breaks. France spends annually nearly 70 billion euros, or nearly 4% of GDP, in various payments to encourage birth and the upkeep of children. One percent of GDP, or nearly 12 billion euros, is spent just on the upkeep of children younger than three years old.

Immigrant fertility is another important contributor. In Paris, for instance, one third of mothers are foreign-born.

These results have been achieved in spite of a number of drawbacks.

Women have, in France like in other countries, entered massively into higher education, and therefore couple formation takes place increasingly later. Therefore, highly educated women are time-restrained to have more than one or two children.

While marriages have reached a low point, civil unions (PACS or Pacte Civil de Solidarité) are catching up with marriages – half the cohabiting population is not married. Women in France have their first child at 28 years old, ten years after their first sexual relations, while it was 24 years old thirty years ago.

The number of childless women has remained stable at a low level and one woman in five has only one child and this has been a stable figure. 11% of women remain childless while the norm is of a two-child family.

Women who are practicing Catholics have a higher birth rate than non-practicing women. The decline in fertility parallels religious decline.

Men are increasingly childless. One of the reasons is that an increasing number of men live alone. However, this increased incidence of childlessness also affects men who have been married or lived with a heterosexual partner – 12% have remained childless.

It is forecast that France’s population will be of 73.6 million on January 1, 2060, thus representing an increase of 11.8 million compared to 2007. The number of people aged 60 or over will have increased, during the same time period, by 10.4 million and will represent one third of the population, or 23.6 million. The number of people aged 75 to 84 will be of 11.9 million and those over 85 will be 5.4 million. Only 22% of the population will be younger than 20. These figures are based on a scenario in which the average number of children per woman is of 1.95, there is a positive migratory flux of 100,000 per year and life expectancy continues to progress at the same rhythm as in the past.

If France’s long-term demographic growth is confirmed, with a population reaching 75 million by 2050, the equilibrium between European nations would be altered – Germany would have slightly under 71 million inhabitants, Great Britain just under 59 million, and Italy 43 million (equal to the present population of Spain).

The percentage of the population over 65 compared to the rest of the population is expected to increase from 28% in 2013 to 46% in 2050, at which time the average life expectancy will have grown from 81 to 86 years.

Compounding the extension of life and the continued higher than European-average birth rates, there will be a lack of personnel to take care of both these extremes of the population curve. This phenomenon has been called the ‘care deficit.’

The economic dependency ratio – in other words the percentage of the population over 65 compared to the rest of the population – is expected to increase from 28% in 2013 to 46% in 2050, at which time the average life expectancy will have grown from 81 to 86 years. This is expected to increase savings rates as pensions may be unable to offer generous payments to retirees. France is, in fact, the country in the EU where people spend the longest time in retirement: 24.5 years against an EU average of 19.8.

A French specificity is the very small rate of employment of the population over 55 years old, particularly in comparison to other European countries. Thus, only 18% of the 60 – 64 years old are employed while the corresponding figure in Sweden is 64%. Even worse, only 4% of the 65 – 69 age bracket are employed in France against 18% in Sweden. The situation in France is due not only to the fact that it is felt that younger persons are more productive, but also to the large salary differentials between employees due to their age and number of years in employment in the same company.

Another effect of ageing is the later transmission of inheritance. This means that the inheritors will be older than before, and will therefore be less tempted to make riskier investments, such as in shares. Corporations may face difficulties in raising finance.

Will France end up as a poor country of older people with those in the most advanced age groups left to care for themselves as the number of caregivers shrinks?

Unless a reversal of the population decline takes place, this is what is most likely to occur.

The Garabaghlar tomb, a historical-architectural monument of the Middle Ages in Garabaghlar village of Kangarli region; has been the embodiment