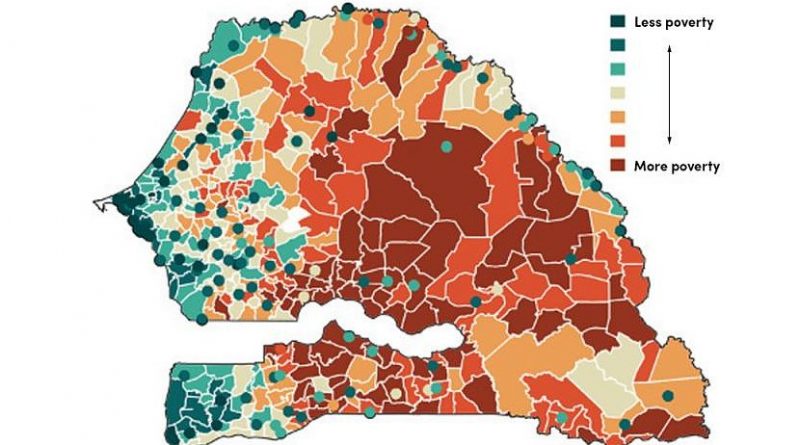 For years, policymakers have relied upon surveys and census data to track and respond to extreme poverty.

While effective, assembling this information is costly and time-consuming, and it often lacks detail that aid organizations and governments need in order to best deploy their resources.

That could soon change.

A new mapping technique, described in the Nov. 14 issue of the Proceedings of the National Academies of Sciences, shows how researchers are developing computational tools that combine cellphone records with data from satellites and geographic information systems to create timely and incredibly detailed poverty maps.

“Despite much progress in recent decades, there are still more than 1 billion people worldwide lacking food, shelter and other basic human necessities,” says Neeti Pokhriyal, one of the study’s co-lead authors, and a PhD candidate in the Department of Computer Science and Engineering at the University at Buffalo.

Some organizations define extreme poverty as a severe lack of food, health care, education and other basic needs. Others relate it to income; for example, the World Bank says people living on less than $1.25 per day (2005 prices) are extremely impoverished.

While declining in most areas of the world, roughly 1.2 billion people still live in extreme poverty. Most are in Asia, sub-Saharan Africa and the Caribbean. Aid organizations and governmental agencies say that timely and accurate data are vital to ending extreme poverty.

The study focuses on Senegal, a sub-Saharan country with a high poverty rate.

The first data set are 11 billion calls and texts from more than 9 million Senegalese mobile phone users. All information is anonymous and it captures how, when, where and with whom people communicate with.

The second data set comes from satellite imagery, geographic information systems and weather stations. It offers insight into food security, economic activity and accessibility to services and other indicators of poverty. This can be gleaned from the presence of electricity, paved roads, agriculture and other signs of development.

The two datasets are combined using a machine learning-based framework.

Using the framework, the researchers created maps detailing the poverty levels of 552 communities in Senegal. Current poverty maps divide the nation in four regions. The framework also can help predict certain dimensions of poverty such as deprivations in education, standard of living and health.

Unlike surveys or censuses, which can take years and cost millions of dollars, these maps can be generated quickly and cost-efficiently. And they can be updated as often as the data sources are updated. Plus, their diagnostic nature can help assist policymakers in designing better interventions to fight poverty.

Pokhriyal, who began work on the project in 2015 and has travelled to Senegal, says the goal is not to replace census and surveys but to supplement these sources of information in between cycles. The approach could also prove useful in areas of war and conflict, as well as remote regions.