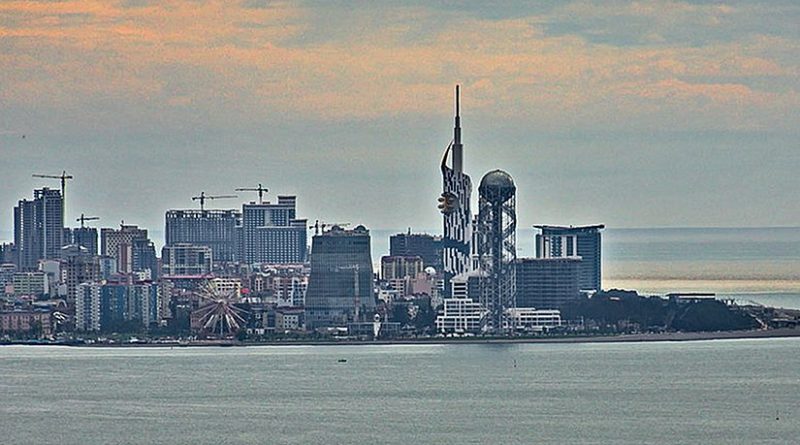 “[The parties] jointly announce their decision to formally end the development of Trump Tower, Batumi, … under the license agreement executed in March 2011,” the statement reads.

“Trump Organization continues to hold SRG and the Republic of Georgia in the highest regard,” the statement also noted.

The statement added that Silk Road Group, Georgian conglomerate with business interests in transportation, telecommunications, banking and property development, which acted as the Trump Organization’s local partner in Georgia, “is grateful to the Trump Organization for the time and attention they have dedicated to this project and fully understands the circumstances and accepts this request.”

“Going forward, SRG plans to build a luxury condominium tower along the Georgian Black Sea coast in Batumi and is confident that this spectacular project envisioned by Mr. Trump during his visit to the Republic of Georgia in 2012, will strengthen Georgia’s bid to become a global destination,” the statement concludes.

SRG was to use “Trump” name and mark under a license agreement concluded with the Trump Organization in March, 2011 in New York during a ceremony attended by then President Mikheil Saakashvili.

Saakashvili first met with Trump to discuss investment opportunities in Georgia in April, 2010. Saakashvili met with Trump again in New York in September, 2010. It was reported at the time that a memorandum of understanding was signed between the Trump Organization and Silk Road Group.

Initially, two Trump-branded towers were planned to be built in Georgia, another one in the capital Tbilisi, but eventually, the companies moved forward with Batumi project only.