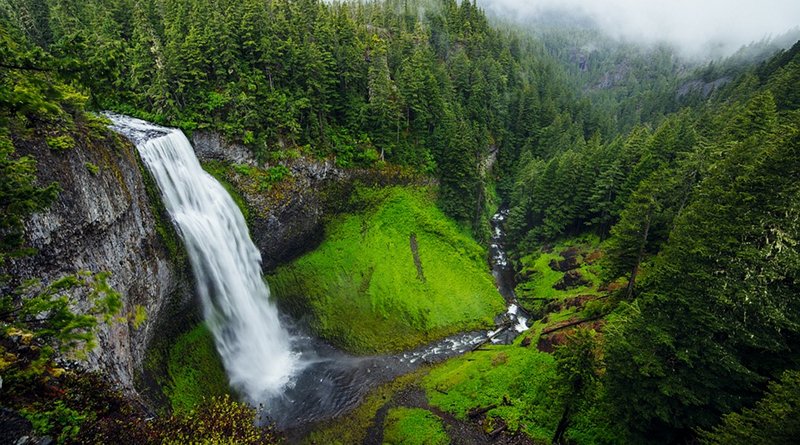 Sample sites were selected to be as similar as possible in order to avoid factors that could cause interference.

“We only selected and sampled streams born from springs and tracts with an upstream area of almost half a square kilometre of uniform land cover type, they also had to be devoid of human activities such as houses or stables,” explains ecologist Alberto Scotti. “Our goal was to assess whether and how the life of invertebrates living in the riverbed is influenced by the characteristics of the surrounding land cover”.

To verify this, Scotti collected various samples. In total 70 different genera or species of invertebrates were classified.

The analysis of their distribution and functional traits astonished the researcher. Contrary to expectations, their presence was not in fact influenced exclusively by the elevation: there were more organisms and different species in the streams that flowed through the pastures, whether at 2000m or at the bottom of the valley.

Moreover, in these watercourses aquatic macroinvertebrates perform several and more diversified tasks, for example there are organisms that feed on fragmented plants, others that filter particles dispersed in water and so on. In every sense, the diversity of these populations is greater than those that live in woodland and rocky areas.

“We already knew that the biodiversity of the terrestrial flora is more abundant where grazing or mowing takes place. We were surprised to discover that this relationship also applies to aquatic ecosystems. Biodiversity is greater both in terms of the number of species and the number of functions that aquatic invertebrates carry out in the streams that cross pastures, “says Scotti. “Regardless of the quality of the water – which is generally very high – the abandonment of extensive pastures at high altitudes risks depleting the streams from an ecological point of view”.

The study was published in Freshwater Biology.