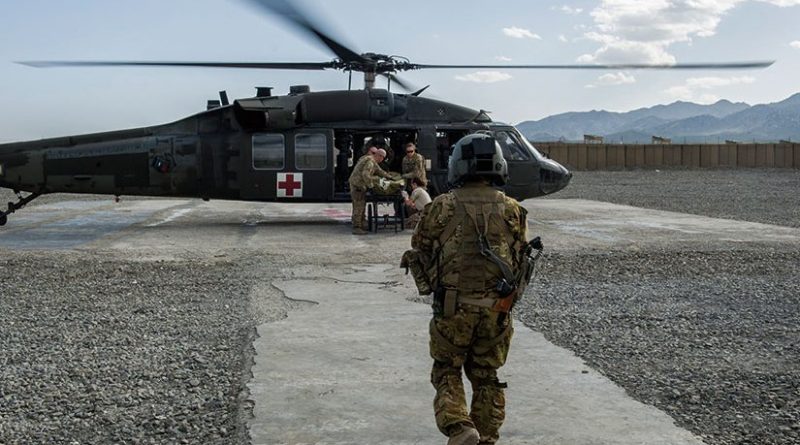 During a week in which the White House pledged a vigorous, whole-of-government approach to supporting military families, 11 women worked diligently a few miles away to learn to cope with the stresses of their husbands’ multiple deployments and the post-traumatic stress that affects many of them when they return home.

Ten military wives and a fiancée met in a quiet place the week of Jan. 24 without the distractions from ringing phones, kids’ schedules and work projects. They learned coping skills through resilience training. They learned meditation, tried acupuncture, talked, laughed and cried.

The “significant others,” who found out first-hand that post-traumatic stress affects entire families, came to the support group with more questions than answers. But they left armed with a battery of tools to cope with the everyday stresses of military life in a time of war.

The Significant Others Support Group is an offshoot of the Specialized Care Program their husbands completed following a diagnosis of combat stress or post-traumatic stress, or because they had difficulty readjusting to home life after war. Both programs are based on resilience and strength-building education conducted by the Defense Health Clinical Center at Walter Reed Army Medical Center here.

Navy Adm. Mike Mullen, Chairman of the Joint Chiefs of Staff, has called post-traumatic stress “the military health issue of our era.” He and his wife, Deborah, are well-known advocates of taking care of the military family, taking every opportunity to make it known they want war veterans and their families to get all the help they need to cope with war’s invisible scars.

For five days, the Significant Others Support Group charter class studied family roles and relationships, how combat affects service members, how to raise children during a stressful time in a lengthy war, and how to communicate about and deal with control issues when the deployment is over. They also learned the how to take care of themselves, an often-overlooked need.

“We don’t ‘cure’ people here,” said Dan Bullis, director of administration and operations at the clinical center. “It’s the start of their journey to cope with symptoms.”

Because it affects the entire family, efforts to confront post-traumatic stress must be include a family care plan, he said.

“[It’s] is not a level playing field for them,” Bullis said, adding that he believes the support group will become even more successful as word spreads to new attendees and sponsors.

“In a weeks’ time,” he said, “12 to 14 [significant others] are equipped with tools to cope with life. It’s their lesson plan to take home so they can deal with the chronic symptoms. They’re so overwhelmed.”

The idea, Bullis said, was spawned from the husbands in the Specialized Care Program who began saying, “If only my significant other could get this support.” A pilot program that launched with five or six women progressed to the charter class of 11 last month, he added.

Thanks to a $35,000 donation by the nonprofit Walter Reed Society, the 11 women were brought to Walter Reed on per diem travel, housed in a nearby hotel, and attended the training and education, all expenses paid.

Designing the support group for women came from a tried-and-true approach.

“We had a lot of input through the years from service members to help their families and significant others,” said Victoria Bruner, the center’s director of clinical education and training, who also is a social worker and expert in traumatic stress, with a background as a registered nurse. “Whether it’s a mother, brother, sister or adult child, we built the group on the basics of what helps people heal.”

A holistic approach, Bruner said, is important in an environment that promotes comfort, healing and peacefulness.

“The [significant others] need a sense of safety to feel comfortable to tell a story, and to connect to other people so they know they’re not alone,” she said. “It’s important to be in a safe environment, where people are assured their stories are honored and respected, so they can go as far as they want about their situation, or not.”

Late in the morning on their final day together, Bruner conducted a session with the women, seated in a circle in a comfortable room adorned with plants, a wall quilt and subdued lighting.

“What has this week been like for you?” she asked. Answers circulated in a flurry of optimism from the participants, whose identities are not included in this article to protect their privacy.
“I feel less isolated, I made close friends,” one of the women said. “We understand each other.”

“I feel empowered, refreshed — a partner with my partner,” another said. “I’m inspired to work as a team.”

“It’s refreshing,” said a third. “I learned skills to regain my energy. I feel whole again.”

Bruner said the women in the support group see signs of strength in themselves to keep going — to bounce back and realize they’re not “crazy.” They learn how to practice patience, be more tolerant and supportive of their military family in a balanced manner, she added.

Bruner, who lost her husband in Vietnam, said it’s critical for the women “to get the support they need, to reduce the cost of war.”

Post-traumatic stress is not new –- it’s just another name for a phenomenon that’s been recognized since the Civil War. “Melancholy,” “shell shock” and “battle fatigue” are among the names it’s had when it’s been observed in service members in past conflicts.

Bullis, a former Army medic who served in Vietnam, said that during and after the Gulf War deployment in 1990 and 1991, 100,000 service members complained of what became known as “Gulf War syndrome.”

“It came from out of nowhere, and they had symptoms similar to chronic fatigue syndrome,” he said. Eventually, with no real medical cause found, it was called “medically unexplained physical symptoms.” And service in the Gulf War, he added, was never linked to it.

Bullis added that 20 percent to 30 percent of those deployed to Iraq and Afghanistan can develop symptoms of post-traumatic stress, but treatment can be successful if it is caught in its early stages. And medical staff members at military clinics worldwide are catching signs of the disorder at a rapid pace through routine screening, he added.

Yet, the average time it takes a service member to seek help after the onset of symptoms is a staggering 12 years, Bullis noted.

The Significant Others Support Group provides sessions on topics such as “Dealing with Adrenaline Overload,” “Understanding Triggers” and “Dealing with Things You Can’t Control.” It also provides relaxation and focus classes featuring Yoga Nidra, QiGong and acupuncture, as well as a massage donated by a local spa.

Robin Carnes — a local mind and body skills instructor who teaches relaxation tools to the Significant Others Support Group — said the techniques can be used at home in five minutes a day. Her methods teach the women to relax and refocus by “putting back life energy and storing it,” she said.

“If you want to change your life,” she added, “change your practice. It’s a healthy addiction if done every day.”

The charter class of 11 significant others gathered one last time on the final day in a small ceremony. As they received certificates of completion, some quietly said, “Thank you.” But one Army wife, also a veteran, dropped to her knees, tearfully gesturing to the group, thanking everyone for the support she now has, and for her husband’s success in the Specialized Care Program.

“This program,” she said, “gave me my husband back.”