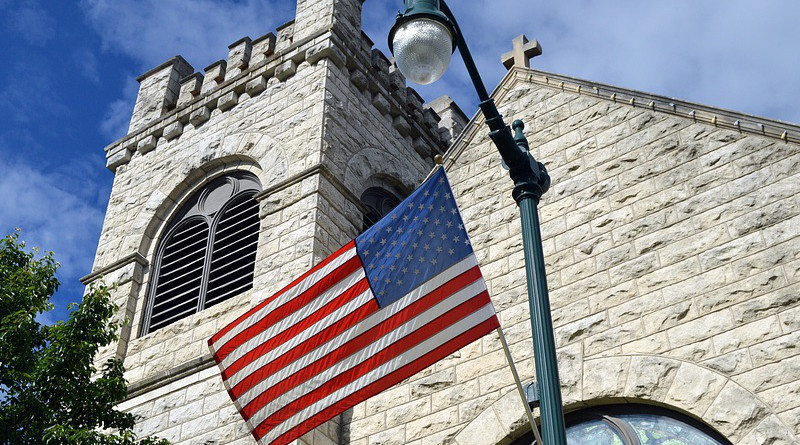 Reports of a new special adviser to the President on international religious freedom could be a game-changer for U.S. foreign policy, one expert said Friday.

“It’s a very big deal. The U.S. Commission on International Religious Freedom (USCIRF) has been recommending they fill this position for 20 years,” Nadine Maenza, a USCIRF commissioner, told CNA.

USCIRF is a bipartisan commission that makes policy recommendations to the State Department. It was established under the International Religious Freedom Act of 1998, which aimed to ensure religious freedom was part of U.S. foreign policy.

On Wednesday, Politico had reported that a new position would be created at the National Security Council to oversee international religious freedom policy. Sarah Makin, an aide to Vice President Mike Pence, was reportedly being picked to fill the position.

USCIRF chair Tony Perkins praised the move as critical in a time of direct attacks on houses of worship around the world.

“In recent years, we have seen an increase in the frequency of violent attacks targeting houses of worship and holy sites around the world, and believe that the new Special Adviser will be an indispensable asset in helping the Administration coordinate a government-wide strategy and policy to combat rising religious persecution globally,” Perkins stated.

USCIRF in its 2019 annual report had also requested that the administration appoint a special adviser to coordinate government-wide efforts to promote religious freedom.

Maenza explained that Makin’s new role would help promote religious freedom worldwide, ensure it is part of U.S. foreign policy, and amplify the considerations that U.S. national security policy should have for religious minorities around the world.

“Now, officially, to be able to make sure that the consequences to religious freedom are considered when they make decisions is important,” Maenza told CNA.

If officially nominated, Makin would be the “point person” for groups like USCIRF to communicate with the National Security Council, she said.

Furthermore, Makin could have the president’s ear to explain possible consequences of national security policy on religious minorities around the world.

“I think you’ve seen when you look back that decisions made end up hurting religious minorities without anyone really considering that,” Maenza said, pointing to Makin’s work with Yazidi genocide victims in Iraq and Uyghurs in China.

Religious minorities around the world “will have a voice with her. She‘s looking out for them,” Maenza said.

The report of Makin’s role came during the same week that an International Religious Freedom Alliance was announced by the State Department, consisting of 27 countries pledging to work together to promote religious freedom and protect victims of persecution.