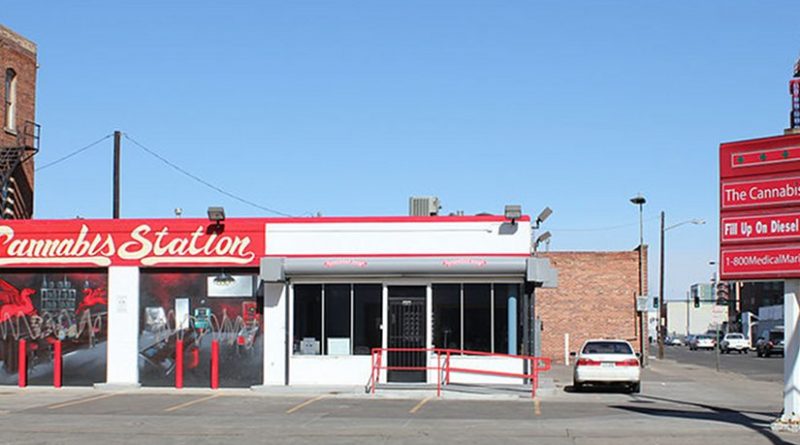 I saw a small sign stuck in the grass near the side of a road where I live in Orlando that I have never seen before. I wrote down the text on the sign so I could remember it. It simply said:

Signs like this were inconceivable until January 3 of this year. That is the day when Florida’s Amendment 2 took effect, “The Florida Medical Marijuana Legalization Initiative.” Amendment 2 appeared on the November 8, 2016, ballot in Florida as an initiated constitutional amendment under the title of: Use of Marijuana for Debilitating Medical Conditions. The ballot summary reads:

Allows medical use of marijuana for individuals with debilitating medical conditions as determined by a licensed Florida physician. Allows caregivers to assist patients’ medical use of marijuana. The Department of Health shall register and regulate centers that produce and distribute marijuana for medical purposes and shall issue identification cards to patients and caregivers. Applies only to Florida law. Does not immunize violations of federal law or any non-medical use, possession or production of marijuana.

Florida voters overwhelmingly passed Amendment 2 by a vote of 71.32 to 28.68 percent. Article X, section 29 of the Florida constitution has been amended to allow Floridians access to marijuana for medical use. There are now 29 states that have legalized medical marijuana, plus the District of Columbia.

But all is not well.

According to the text of Amendment 2, a “debilitating medical condition” means

cancer, epilepsy, glaucoma, positive status for human immunodeficiency virus (HIV), acquired immune deficiency syndrome (AIDS), post-traumatic stress disorder (PTSD), amyotrophic lateral sclerosis (ALS), Crohn’s disease, Parkinson’s disease, multiple sclerosis, or other debilitating medical conditions of the same kind or class as or comparable to those enumerated, and for which a physician believes that the medical use of marijuana would likely outweigh the potential health risks for a patient.

“Identification card” means “a document issued by the Department that identifies a qualifying patient or a caregiver.”

“Medical use” means “the acquisition, possession, use, delivery, transfer, or administration of an amount of marijuana not in conflict with Department rules.”

“Physician” means “a person who is licensed to practice medicine in Florida.” According to the Orlando Sentinel: “More than 630 physicians have been licensed by the state — with dozens in Orlando — to recommend medical cannabis to patients.”

All medical marijuana treatment centers (MMTCs) must be registered with the Florida Department of Health.

The Department of Health is tasked with issuing “reasonable regulations necessary for the implementation and enforcement of this section” to ensure “the availability and safe use of medical marijuana by qualifying patients.” No later than six months after the effective date of section 29, “the following regulations shall be promulgated”:

The text of the amendment is also very clear that nothing in it “shall affect or repeal laws relating to non-medical use, possession, production, or sale of marijuana” or “authorizes the use of medical marijuana by anyone other than a qualifying patient.”

No one in Florida in pain because he suffers from a “debilitating medical condition” can obtain marijuana to alleviate his pain without jumping through numerous hoops and going to great expense even though he can easily purchase and consume all the Tylenol, aspirin, or alcohol he wants to. Yet, these three substances (especially alcohol) cause many deaths every year while the number of deaths from marijuana every year is still a big fat zero.

So, what’s a libertarian to make of all this?

Second, limited federalism is better than no federalism. On the federal level, marijuana is classified as a Schedule I controlled substance under the Controlled Substances Act with “a high potential for abuse” and “no currently accepted medical use in treatment in the United States.” The Supreme Court case of Gonzales v. Raich (2005) affirmed the power of the federal government under the Constitution’s commerce clause to ban the medical use of marijuana. Yet, 29 states, including Florida, are permitted by the federal government to allow the medical use of marijuana.

About the author:
*Laurence M. Vance is an Associated Scholar of the Mises Institute, founder of the Francis Wayland Institute, and a columnist for LewRockwell.com and the Future of Freedom Foundation. He is the author of The War on Drugs is a War on Freedom; War, Christianity, and the State: Essays on the Follies of Christian Militarism, and War, Empire, and the Military: Essays on the Follies of War and U.S. Foreign Policy.