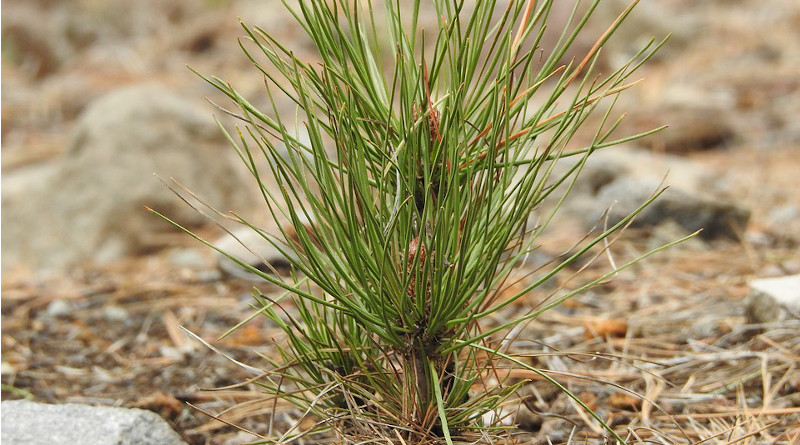 Early this year, the World Bank came out with an official announcement that there will be serious food shortages in at least 60 developing countries and that it will lead to social unrest.

The warning is the latest indication that worldwide, food security is being threatened and that there is an urgent need to address the causes behind, one of which is continuous erosion as well as loss of genetic material for crops.

Globally, food crops are being lost and worse, being owned and controlled by few corporations. This has to stop and no better answer can communities be more involved than in seedbanking for their own future.

In support to the global seedbanking movement, the Cordillera Ecological Center more known as PINE TREE which operates in the Cordillera region  in the Philippines that is made up of several indigenous peoples particularly the Igorots, has established four community seedbanking sites in the Philippines for food security. The first is located in  Karao, Bokod, province of Benguet where some 12 indigenous rice varieties have been saved and are now being grown by the indigenous peoples known as Ibalois and Kalanguyas.

The second is in Lusod, Kabayan, also in Benguet where 29 endemic sweet potato varieties are now being grown for many uses by the Kalanguya and Ibaloi tribes.

The third seedbank is in Caponga and Central Tublay, Tublay and in Beling Nelis, Kapanagn also in Benguet where Ibaloi indigenous women-farmers now own and use seven bean varieties.

The projects were supported by the United Nations Global Environmental Facility (UNDP-GEF).

PINE TREE observed five principles or “laws” of genetic conservation as its foundation in the implementation of its community-based seedbanking (CSB).

First, agricultural diversity can only be safeguarded through the use of diverse strategies. No one strategy could hope to preserve and protect what it took so many human cultures, farming systems and environments so long to produce. Different conservation systems can complement each other and provide insurance against the inadequacies or shortcomings of any one method.

Second, what agricultural diversity is saved depends on who is consulted. How much is saved depends on how many people are involved. Farmers, gardeners, fishing people, medicine makers, religious leaders, carpenters-all have different interests that foreign scientists could never hope to fully appreciate. All segments of a community need to be involved to insure that the total needs of a community are met. The more involvement, the greater the potential to conserve.

Third, agricultural diversity will not be saved unless it is used. The value of diversity is in its use. Only use can diversity be appreciated enough to be saved. And only in use can it continue to evolve, thus retaining its value.

Fourth, agricultural diversity cannot be saved without saving the farm community. Conversely, the farm community cannot be saved without saving diversity. Diversity, like music or a dialect, is a part of the community that produce it. It cannot exist for long without that community and the circumstances that gave rise to it. Saving farmers is a prerequisite of saving diversity. Conversely, communities must save their agricultural diversity in order to retain their own options for development and self-reliance. Someone else’s seeds imply someone else’s needs.

And fifth, the need for diversity is never-ending. Therefore, our efforts to preserve this diversity can never cease. Because extinction is forever, conservation must be forever. No technology can relieve us of our responsibility to preserve agricultural diversity for ourselves and all future generations. Thus, we must continue to utilize diverse conservation strategies, involve as many people in the process as possible, see that diversity is actively used and insure the survival of the farm community-for as long as we want agricultural diversity to exist.

There are several ways in which community strategy can support institutional strategies in seedbanking.

One, during seed surveys and collection, community seedbanking strategies can support socio-ecological surveys of the community land area based upon consultations with farmers, food prepares, medicine-makers, wood cutters and gatherers, herders fisher-folk and artisans involving teams of plant-users in survey and monitoring exercises covering locally and globally imported species.

During storage, communities can organize a series of community-based collection expeditions covering a range of crops throughout the entire growing season.

During rejuvenation, farmers can maintain small plots for endangered cultivars and/or samples are split with one complete set sent to a national seed bank and a matching set cleaned, dried, and stored under cool/dry conditions within the community and monitored by local people knowledgeable about the species.

In documentation, field collection sheets are copied and filed and labels are prepared. Information is kept in most useful local language using locally-understood land descriptions and personal names for the benefit of further investigation and rejuvenation.

In seed evaluation, community seed collectors discuss characteristics of each sample with the local user at the time of collection. Immediate usefulness and long-term value are documented.

Evaluation information is shared with community users and samples may be adopted directly or adapted by community members to improve production.