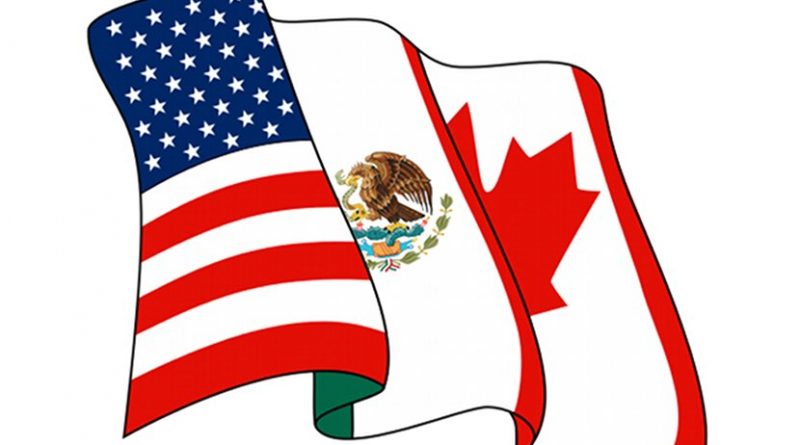 Marketplace radio did a piece last week that was essentially just giving the argument of the supporters of the new NAFTA. I will give a few thoughts on the other side.

First, the fact that NAFTA played a substantial role in reducing the power of unions and lowering wages of workers without college degrees doesn’t mean that we can reverse these effects by eliminating NAFTA.

The new NAFTA certainly does not eliminate the incentive to outsource jobs to Mexico to take advantage of lower cost labor, but it does reduce it, if we can count on its rules being enforced. However, this is not going to have more than a marginal effect on manufacturing employment and wages in the United States.

The jobs that are gone with few exceptions, are not coming back. There is also little reason to believe that manufacturing jobs that are saved through the new NAFTA will necessarily be high paying jobs. In 1994, when NAFTA went into effect, the average hourly wage for production and non-supervisory employees in manufacturing was 6.6 percent above the average for the private sector as a whole. In the most recent data, the average wage for manufacturing workers is 5.5 percent below. A fuller analysis that factors in health care and other benefits may still show a premium for manufacturing workers, but there is no doubt that it is much smaller than it was a quarter of a century ago.

In addition, the agreement locks in rules on the Internet that were designed to protect Facebook, Google, and other tech giants. I doubt anyone is satisfied that our current rules on Internet privacy and liability for spreading false information are adequate. How can it make sense to sign a treaty that could impair the ability of all three countries to adjust their rules? And, as with the rules on prescription drugs, the goal is to apply these rules to trade deals with other countries.

These are the main reasons I view the new NAFTA as a net negative. It makes a bad deal worse.