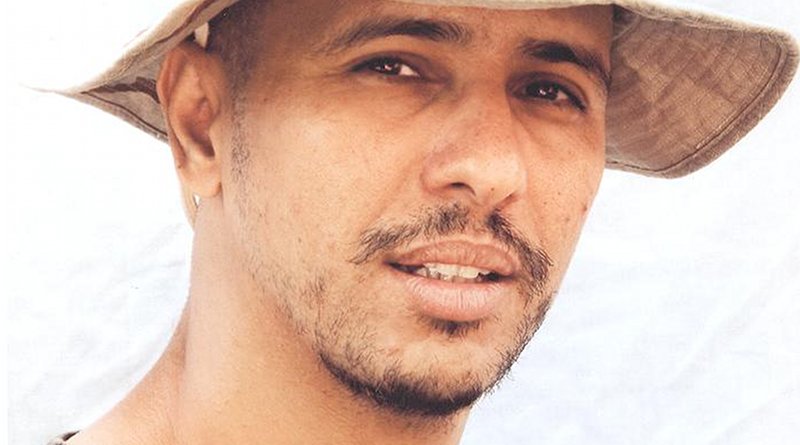 In the long and dispiriting history of the US prison at Guantánamo Bay, few of the 729 men and boys released have become household names, but one who has is the Mauritanian citizen Mohamedou Ould Salahi, best known as the author of the acclaimed memoir Guantánamo Diary, written while he was at the prison.

A victim of the US’s global network of torture prisons, and subjected to a special torture program at Guantánamo that was approved by then-defence secretary Donald Rumsfeld, Salahi (generally identified at Guantánamo as Slahi) was mistakenly regarded as a significant player in Al-Qaeda, but was finally approved for release in July 2016, and was released in Mauritania three months later, almost 15 years since his own government, as he so memorably put it, “turned me over, short-cutting all kinds of due process, like a candy bar to the United States.”

Despite being freed, Salahi is trapped in Mauritania, as his government has broken a promise to return his passport to him after two years, a situation that I wrote about in March, when, as I also pointed out, everyone released from Guantánamo — all those men and boys described by the US as “enemy combatants” — are forever tainted by the experience, and continue to live fundamentally without rights.

Recently, Amandla Thomas-Johnson, a journalist based in Dakar, Senegal, visited Mauritania to interview Salahi for Middle East Eye, where he found him to be as frank, eloquent, and, crucially, as forgiving of those who wronged him as we have come to expect. The whole article is worth reading, but below I’m focusing in particular on Salahi’s current situation, and his reflections on his experiences, rather than running through the history of his imprisonment and torture, which I have discussed in previous articles, and which is best explored by reading Guantánamo Diary.

Thomas-Johnson noted that, although Salahi was “beaming” when he met him, with a “welcoming smile” that he took as “a sign that our conversation, delving into his recent past, may not be so excruciating after all,” the refusal of the Mauritanian authorities to return his passport continues to have a major impact on his life. As Thomas-Johnson explained, “He can’t travel for treatment to fix a longstanding nerve condition” that “was exacerbated by his Guantánamo torturers,” and, although he has a newborn son in Germany, he “is unable to be formally registered as a citizen because Salahi can’t get there to sign papers.” Without a passport, Salahi also “cannot work or register to vote in Mauritania.”

The extraordinary significance of forgiveness

Nevertheless, in his conversation with Thomas-Johnson, Salahi revealed how, despite these obstacles, the US authorities cannot fundamentally suppress him. In speaking of his prison experiences, for example, he explained how the US efforts to dehumanise him actually gave him a sense of freedom. “If you are at the bottom of society, you are not afraid of anything because they cannot do anything to you because you are already at the bottom,” he told Thomas-Johnson, adding, “That’s how prison is. I don’t need to pretend anything. It’s freedom in a weird way, freedom of [the] soul.”

Thomas-Johnson explained how he was “[s]urprised, and a little bewildered by his comment,” and asked “if he found happiness at Guantánamo.”

He proceeded to explain that, although, at first, after his release, as he put it, “I wanted revenge,” he soon learned the value of forgiveness. As he told Thomas-Johnson, “I don’t have beef against anyone. I’ve wholeheartedly forgiven everyone.”

This ability to forgive is one of Salahi’s most compelling attributes, and, in recent history, reminds me of the impact of Nelson Mandela’s refusal to be consumed by hatred after his long imprisonment in South Africa, and his insistence that a process of truth and reconciliation was the only way to avoid a cycle of violence and recrimination. As Mandela put it, “courageous people do not fear forgiving, for the sake of peace.”

I have noted the importance of Salahi’s forgiveness before. In March 2017, after he appeared on CBS’s “60 Minutes,” I noted that, to my mind, “his most poignant comment came soon after his release, when, in a video made for the ACLU, he said, ‘I wholeheartedly forgive everyone who wronged me during my detention, and I forgive because forgiveness is my inexhaustible resource.’”

I also explained how, in January 2017, when I met Larry Siems, the editor of Guantánamo Diary, who had recently visited Salahi in Mauritania, he told me that Salahi had “elaborated on his theory of forgiveness, explaining that, if people do not forgive those who have wronged them, then they cannot let go of their pain, and it will, essentially, eat away at them or drag them down, whereas he, as he said, is absolutely free.”

Salahi also explained to Thomas-Johnson how the solitude that came with his imprisonment freed him from being a “slave of time.”

“The life many people live now doesn’t allow you to have time to think about anything because we are the slaves of time,” he said, adding, “I was like that as well, but then my life was cut short by prison. I had to redefine who I was and my relationship with God. I had time to think. All the great prophets, including Muhammad, and all the great philosophers, they went through this process of solitude. It allows you to know who you are. I had to redefine everything, it was a complete life transformation.”

Nevertheless, as Thomas-Johnson also explained, “Salahi still has nightmares about being stuck in Guantánamo, a sign that while he was able to find some spiritual space within his torturous constraints, he is not immune from the effects of his treatment,”” and he also stated that “he feels guilty that he has left the camp which still holds some 40 people, and regularly lobbies his lawyers to help them.”

Salahi also recounted with amusement his adjustment to technological changes following his release. As Thomas-Johnson described it, one of his first requests after he arrived back home “was to ask his family to buy him two large TV sets” with a large number of channels. Thomas-Johnson explained that “[a] strict diet of curated news and information fed to him by his US captors had made him hungry to understand what the world was really like.”

However, when he “asked his niece to set up the channels,” she “looked at him and said, ‘I have never touched a TV in my life,” and instead used a smartphone to watch everything.” Salahi said that he realized that “the world had moved on and that he was now playing catch up.” As Salahi put it, “Oh God, I’m so freaking old, man.”

As he also explained, “TV wasn’t important at all and now everybody watched the news on the internet. It was like I had just stepped from a time capsule and was there trying to fit in.”

Not every change was so easy to absorb, however. As Thomas-Johnson also explained, by the time of Salahi’s release, “his mother and one of his brothers had died,” although “he had new nieces and nephews.” As Salahi himself put it, “I didn’t recognise a lot of my family. People were getting old, and some who weren’t born were now men and women.”

Since being released, because he is unable to travel, Salahi told Thomas-Johnson that he has spent “a lot of time writing.” In Guantánamo, after completing his memoir, he “wrote four more books,” but “was not allowed to take them with him.” He is currently rewriting one of those books — about human happiness — and has also “completed a novel about Mauritanian Bedouin life.”

Thomas-Johnson arrived in Nouakchott, Mauritania’s capital, the day after a presidential election, and explained that, during their conversation, Salahi “took a phone call warning him about protests that sprung up across Nouakchott, disputing the result” of the election. As Thomas-Johnson described it, “Many here distrust the political establishment which has been dominated by the military for decades,” and in the latest election, former army chief Mohamed Ould Ghazouani secured the presidency, replacing Mohamed Ould Abdel Aziz, another senior military figure, who had been president for ten years. The new president is a close ally of Abdel Aziz, and both men were involved in two coups against previous leaders, in 2005 and 2008.

Salahi told Thomas-Johnson that, the day before the election, “he had already written a letter — in French, Arabic and English, a language he learned in Guantánamo — to the next Mauritanian president, whoever it would be.” In it, as Thomas-Johnson described it, “he tore into his country’s ruling establishment,” describing it as one of a number of “decaying and corrupt Arab systems, where those in power abuse the poor and the oppressed.”

He told Thomas-Johnson that he was “certain the next president won’t grant him his passport even though he has never been convicted or charged during his 20-year ordeal.” As he put it, “None of them will be ballsy enough to say I am going to apply the law. I am a Mauritanian citizen, but we don’t have this understanding of the law in this country. Anyone who wants to stay in power, they have to serve America first. I think the slogan of our president should have been ‘America first.’”

Despite this, he refuses to be silent, telling Thomas-Johnson that “inside … he is free, and he speaks without fear.” As he explained, “I accept that the United States should follow and put to trial all the people who are harming their citizens. I agree with that. But I disagree with them that if they suspect you, they kidnap you, they torture you, and let you rot in prison for 15 or 16 years. And then they dump you in your country and they say you cannot have your passport because you have already seen so many things that we don’t want you to travel around the world to talk about.”

In conclusion, he said, “I’m being punished” — and it’s difficult not to agree with him.