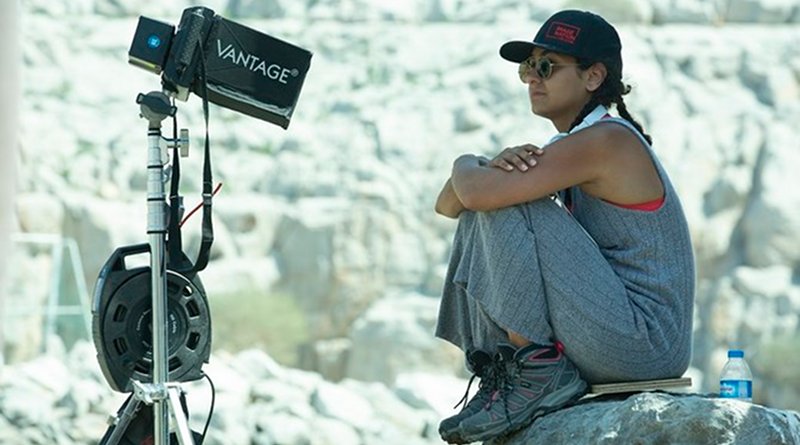 Congratulations are in order for Saudi filmmaker Shahad Ameen, whose debut feature film “Scales” (Sayidat Al Bahr) won the Verona Film Club Award at the 76th edition of the Venice Film Festival. It was dubbed the “most innovative film” in the Critics’ Week section, where it premiered.

Set in a dystopian world, “Scales” is a fable about a small fishing village and the mermaids that live in its surrounding waters, and a young girl who defies tradition to set her own path forward, much like Ameen herself.

Ameen brought in a strong Saudi cast and crew for filming in a remote town in Oman. In the lead role of Hayat, Ameen cast her long-time collaborator Baseema Hajjar, a 15 year-old actor also born in Jeddah, with seasoned actor Yaqoub Alfarhan as Hayat’s father Muthanah.

Ameen’s distinctive black-and-white visual style for the film had a number of influences, from the films of Niki Caro, Yasujirō Ozu, and Guillermo Del Toro to the Brazillian photojournalist Sebastião Salgado. Ameen also looked for direct help from legends in the region, including Iraqi director Mohamed Al-Daradi and Algerian filmmaker Karim Traïdia, who guided her on how to work with actors and on tackling post-production.