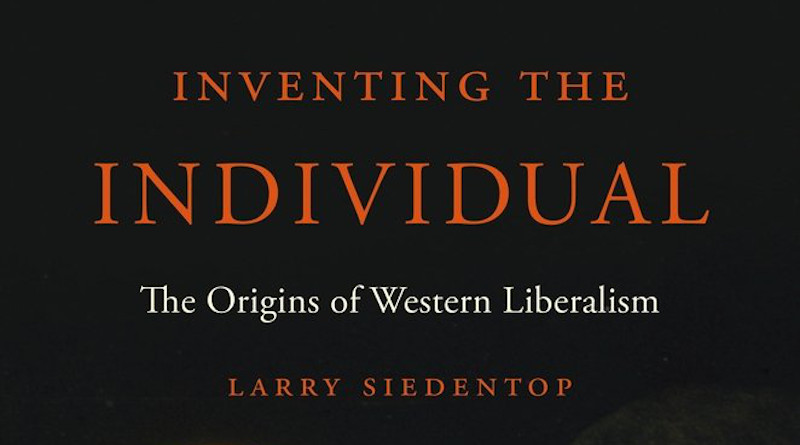 'Inventing the Individual: The Origins of Western Liberalism' by Sir Larry Siedentop

That is, the Judeo-Christian principles, understandings and intuitions, that evolved from the ancient world through the Middle Ages and onward, were necessary conditions for the development of the ideas of individual liberty, personal responsibility, private property, human dignity, natural rights and natural law, free markets, personal and civic virtue, mercy and forgiveness, limited government, and the rule of law that emerged and were later refined in the 1600s and 1700s.

The economist Daniel B. Klein of George Mason University has been propagating Siedentop’s work, and here are five recommended resources from him:

In addition, the work of the renowned sociologist Rodney W. Stark (Baylor University) is recommended. Here is a sampling:

David J. Theroux is Founder, President and Chief Executive Officer of The Independent Institute and Publisher of The Independent Review. He received his B.S., A.B., and M.S. from the University of California, Berkeley, and his M.B.A. from the University of Chicago. Books produced by Mr. Theroux have been the recipients of the Eric Hoffer Book Award Grand Prize, Templeton Freedom Award, two Mencken Awards for Best Book, seven Sir Antony Fisher International Memorial Awards for Best Book, two Benjamin Franklin Awards, four Independent Publisher Book Awards, Peter Shaw Memorial Award, and three Choice Magazine Awards for Outstanding Book. He is Founder and President of the C.S. Lewis Society of California, and he was founding Vice President and Director of Academic Affairs for the Cato Institute and founding President of the Pacific Research Institute for Public Policy.