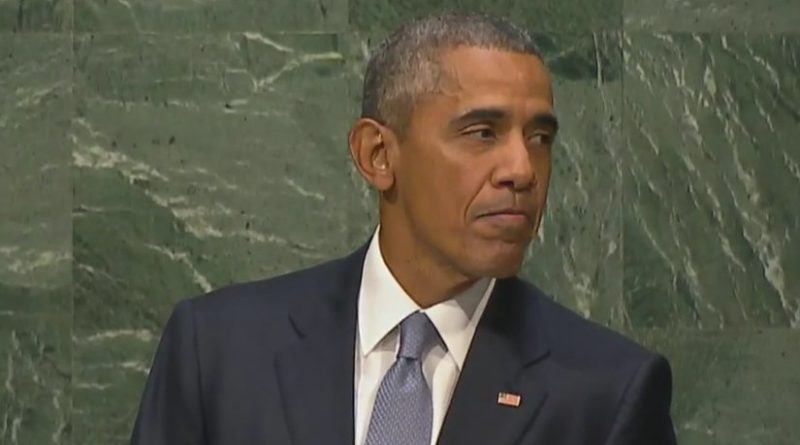 “The indecisiveness of the US leadership has given the armed forces of the Russian Federation the chance not only to bomb Syrians” opposed to Assad “but to begin a land campaign jointly with Assad’s forces,” a development that weakens any effort to defeat ISIS, according to Andrey Illarionov.

And in practical terms, “the only opponent of this coalition, which is now being subject to attack from the sides of almost all the participants o this coalition (except Iraq, but from the side of Russia, 55 strikes out of 57) are the subdivisions of the Syrian moderate and Islamic opposition who oppose Assad’s regime and have receive training and arms from the US.”

But, Illarionov continues, “the US president is playing a double (if not to say traitorous) role in relation to the Syrian opposition, refusing the latter any help, not acting against the Russian military operation in Syria, and as before repeating that he can cooperate with Putin and Iran and hopes for such cooperation.”

That in turn means, the Russian analyst says, that Barack Obama is now part of “the allied coalition” Moscow, Damascus and Tehran have assembled and are directing at the moderates who oppose Asad.

Illarionov traces the moves since the visit of Iranian General Kasem Suleymani to Moscow in July that have resulted in “a new Iranian-Russian alliance in support of Assad” and the meetings between Russian Foreign Minister Sergey Lavrov and Iran’s Ayatollah Khamenei subsequently.

Russian officials in September put out the word that Russia was getting involved in Syria and the campaign against ISIS as a way of ending Moscow’s international isolation over Ukraine, but it is clear, Illarionov says, that Moscow is not fighting ISIS but rather backing Assad against his opponents.

Initially, American officials were uncertain as to whether Moscow was deliberately targeting Assad’s opponents or whether Russian forces simply couldn’t distinguish between them and ISIS. “But now,” Illarionov says, “American officials are certain that since September 30, Russia is directly attacking rebels supported by the CIA who represent the greatest threat to Assad’s regime.”

They add that Moscow has two goals: strengthening Assad and sending a warning message to Washington not to interfere. Both work to the advantage of the Russian-Shiite alliance: if the moderate opposition to Assad is destroyed, the Americans will not “cooperate with more radical groups and will be forced to agree to Assad’s retention of power.”

Some American officials are telling journalists that “they are seeking ways to further support the opposition,” Illarionov continues. “But according to their words, Obama does not want to begin a proxy war with Russia or allow Moscow to divert the US from its struggle with ISIS.”

Unfortunately, he concludes, “as a result of Russia’s attacks, the White House will find it more difficult to control the situation” and prevent advanced weaponry from falling into the hands of groups that may act against American interests. But for the time being, “the Syrian government army has gone over to the attack” supported by Russian air power.

President Donald Trump was targeted by a package containing the deadly poison ricin, which was addressed and mailed to the