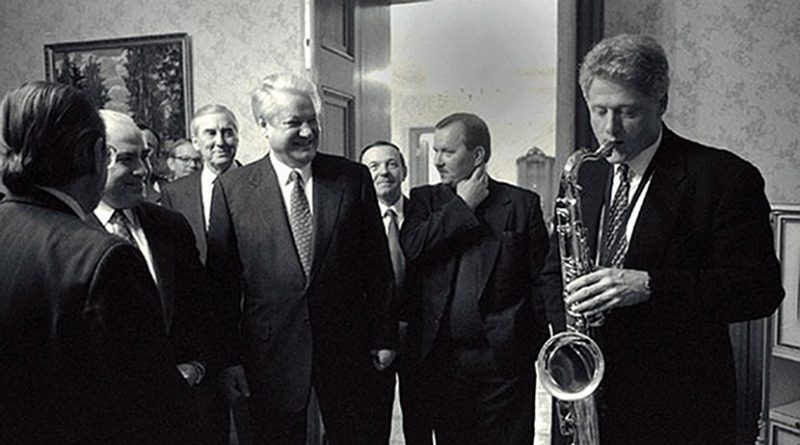 Bill Clinton had gotten a lot of things right, here is what he got wrong.

The Clinton Doctrine in many ways was seen as epitomising a sound economy and a sensible foreign policy. Particularly one that eschewed from the conflicts in the West Asia, unlike that of his predecessor and successor, both from the same family. In fact, if anything, Clinton could take credit for trying to restart the peace process between Israel and Palestine.

Bill Clinton was the first president elected since the fall of the Soviet Union, which brought an end to the decades of hostility that epitomised the Cold War. The fall of the ‘evil empire’ left the United States as the undisputed superpower.

As the first post-Cold War president, the priority was very much towards the spread of democracy in the eastern bloc and other erstwhile communist nations. As cited in the strategy document: “hundreds of millions of people have thrown off communism, dictatorship or apartheid. Former adversaries now cooperate with us in diplomacy and global problem solving.”

The fallacy being that countries that have thrown off the shackles of communism will now embrace democratic norms espoused in the west. The Clinton strategy document spoke about the triumph of democracy being inevitable in the vacuum created by the absence of communism.

However, democracy has been far from stable. The West Asia continues to be ruled by some despotic rulers. The Kim family have consolidated their hold over the northern half of the Korean Peninsula. The rise of the authoritarian strongman leader has been evinced with Vladimir Putin in Russia, Bashar Al-Assad in Syria, Recep Erdogan in Turkey and Xi Jinping in China.

In an ephemeral world, change is not unfathomable. But the extent of change from Clinton’s Oval Office to Trump’s Oval Office has been remarkable. In 1994, Clinton’s inner circle and foreign policy wonks attested that relations with all major powers were largely positive.

Today, the Washington inner circle would see the increased bellicosity emanating from Russia and China as major threats to the Western liberal order.

When India and Pakistan both officially went nuclear in the late 1990s, the Clinton administration did not hesitate to slap sanctions on the South Asian rivals. Counter-proliferation was seen as a top priority and one that was attainable through economic sanctions and deft statecraft. Today, that is far from fruition, given that the US continues to remain paranoid about Iran and North Korea’s weapon programme, while Pakistan continues to increase its nuclear arsenal.

Clinton showed remarkable perspicacity on the security front. The document rightly highlighted that “the spread of weapons of mass destruction poses serious threats. Violent extremists threaten fragile peace processes in many parts of the world.”

Towards the mid 1990s, Al Qaeda was beginning to flourish in various parts of the world. Radical fundamentalism was on the rise as the Taliban consolidated their stronghold over Afghanistan. The administration was cognizant of the fact that there was “a resurgence of militant nationalism as well as ethnic and religious conflict.”

Clinton, drawing on his own experiences of dealing with the crises in Bosnia, Rwanda and Somalia, acknowledged the rising threat that terrorism posed. The increased use of non-conventional warfare and the growing threat of nuclear weapons falling into the hands of these rogue groups is a well-established threat today. But the Clinton administration showed foresight in understanding the possible pervasiveness of these forces.

However, prior to 9/11, most western foreign policy and security wonks viewed terrorism as a regional constraint. They saw terror threats as endemic to dystopic regions in fissiparous states. In short, they viewed terrorism as a manageable problem. Ironically, it was the other Clinton, who stated on the primary trail in 2016 that terror groups such as the Islamic State cannot be contained but must be destroyed. Highlighting a vast shift in US foreign policy thought process from the time her husband sat in office.

On the economic front, Clinton oversaw a period of robust economic growth and left office with a budget surplus (one that hadn’t been witnessed since three decades). The fall of the Soviet Union saw a dent in the communist framework and the administration believed there would be a leaning towards democratic institutions in erstwhile red states.

Clinton’s inner circle of economic advisors highlighted “democracies create free markets” and it is this free market that will eventually “offer economic opportunity, make for more reliable trading partners, and are far less likely to wage war on one another.” The belief was that globalism was on the rise and one that would usher in global prosperity and better trade relations. Clinton signed NAFTA and many other free trade agreements into law, believing this to be the gold standard of an era of free trade.

The last decade has seen the meteoric rise of China, and the Asian dragon has been seen as an adversary in Washington, which has long accused Beijing of playing an unfair game in the trade arena. This has been epitomised by the Trump administration which has slapped tariffs on China, thus escalating a trade war.

The administration believed that the “dynamism of the global economy is transforming commerce, culture and global politics, promising greater prosperity for America and greater cooperation among nations.” The belief was that globalism was on the rise and one that would usher in global prosperity.

Clinton espoused that open foreign markets would spur global economic growth. While this a salient economic principle, however ironically under Clinton, The Glass–Steagall act, which kept the investment banks and financial institutions in check, was repealed by president Clinton himself. Some commentators have attributed that this was one of the prime reasons for the financial crisis of 2007-08.

Towards the end of the Clinton administration, the Eurozone came into existence and a single currency of the Euro was introduced. This heralded the belief of European integration and a robust EU economic outlook.

Over a decade later, there has been a Eurozone crisis with the economies of Greece, Spain and Portugal all in a financially precarious scenario. The British exit from the European Union has now punctured holes in the belief of a united EU entity and could pave the way for others to exit a single European entity.

Perhaps, the biggest overreaching belief was that the in the absence of the Soviet Union, the United States would continue to stand unchallenged in its global hegemony and the liberal world order would be intact.

China’s ascendancy and the protectionist agenda of the Trump agenda would dilute that claim, especially since most commentators may just attest that the liberal world order is indeed in retreat.