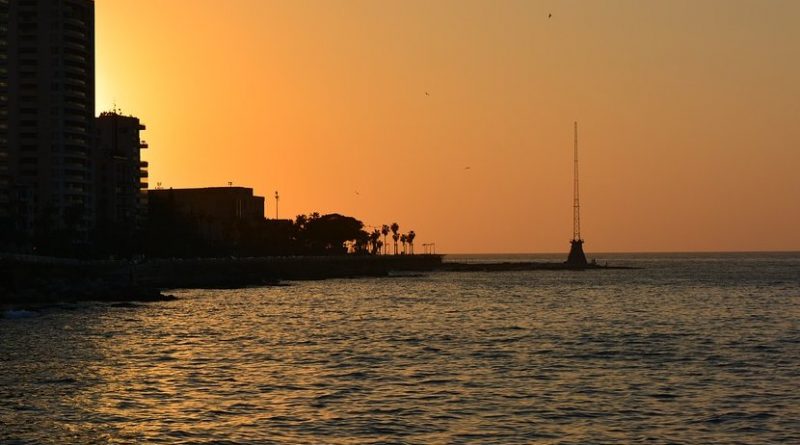 Lebanon’s indirect US-mediated talks with Israel are confined to land and maritime border demarcation and will not lead to peace negotiations with Israel, an official source said Thursday.

The source added that Lebanon hasd formed its military delegation for the indirect talks with Israel on the demarcation of their maritime boundaries set to be held at the headquarters of the UN peacekeeping force UNIFIL in the southern town of Naqoura on Oct. 14.

The delegation will be headed by Army Brig. Gen. Bassam Yassine and is backed up by a number of legal experts, the official source told The Daily Star.

Lebanon and Israel announced last week that they had agreed to a framework for US-mediated talks aimed at ending a long-running dispute over their maritime border in the eastern Mediterranean, in what Washington hailed a “historic” agreement.

To be held under the United Nations flag, the talks in Naqoura will be sponsored by UNIFIL. US Assistant Secretary of State for Near East Affairs David Schenker will attend the talks representing Washington as a mediator.

The announcement by the two countries about the planned talks on their maritime border dispute has given rise to speculation that this step might eventually pave the way for peace negotiations between Lebanon and Israel, especially as the Jewish state is pushing with its drive to normalize relations in a hostile Arab world. Israel last month normalized relations with the United Arab Emirates and Bahrain at a ceremony hosted by US President Donald Trump at the White House. Other Arab countries, like Sudan and Oman, were reported to be preparing to normalize ties with Israel, which has already peace treaties with Egypt and Jordan.

But the official source totally ruled out the prospects of any peace negotiations between Lebanon and Israel during the meetings on the maritime border dispute.

“The Lebanese military delegation has a specific mission, which is to conduct technical negotiations on the demarcation of the maritime border first and later the land border,” the official source told The Daily Star. “There will be no peace negotiations whatsoever with Israel during these meetings.”

Despite its withdrawal from south Lebanon in 2000 under the pressure of Hezbollah’s guerrilla war, ending an 18-year occupation of the area, Israel still occupies Lebanese territory, namely the Shebaa Farms, the Kfar Shouba hills and the northern part of the village of Ghajar, giving the Iran-backed Shiite party the justification to maintain its armed resistance against the Jewish state.

The Lebanese and Israeli delegations will sit in one room at a distance due to the coronavirus pandemic, in the presence of Schenker and UNIFIL officials, the official source said.

“But there will be no direct talks between the Lebanese and Israeli delegations. Instead, the opinions and positions of the two delegations will be relayed to each other by UN officials and the US mediator,” the source said.

Hezbollah said Thursday that the indirect talks on the maritime border dispute did not signify “reconciliation” or “normalization” with Israel.

“Contrary to all talk being said here and there, the negotiation framework is solely linked to our southern maritime border and the recovery of our land, with a review to delineating the positions of our national sovereignty,” said a statement issued after a weekly meeting of Hezbollah’s parliamentary Loyalty to the Resistance bloc chaired by MP Mohammad Raad, in the group’s first official comment on the planned negotiations with Israel.

The talks had “absolutely nothing to do with either any reconciliation with the Zionist enemy … or policies of normalization recently adopted by Arab states that had never believed in the resistance option and did not exercise it against the [Arab] nation’s enemy at any time,” the statement said. “Defining the coordinates of national sovereignty is the sole responsibility of the Lebanese state.”

Parliament Speaker and key Hezbollah ally Nabih Berri last week announced the talks would go ahead, sparking criticism over what was perceived as being Hezbollah’s tacit approval to Washington mediating despite previously opposing this over the United States’ such strong ties to its arch foe Israel. The agreement to start border talks follows years of US shuttling between both sides.

“The United States was asked by both sides, Israel and Lebanon, to act as a mediator and facilitator to draw up the maritime borders, and it is ready to do this,” Berri told a news conference.

US Secretary of State Mike Pompeo also hailed the decision, saying it “will allow both countries to begin discussions, which have the potential to yield greater stability, security, and prosperity for Lebanese and Israeli citizens alike.”

The United States has been leading the efforts to mediate the border talks between Lebanon and Israel as the two countries have been in a state of war since 1948.

Currently, Lebanon disputes 13 land points along the U.N.-demarcated land border, known as the “Blue Line.” While at sea, approximately 856 square kilometers of waters are disputed, and Lebanon and Israel each claim the area to be part of their own exclusive economic zone. Because a land border will ultimately influence where a maritime border begins, it is a key demand of the Lebanese government that both be demarcated simultaneously.

In February 2018, Lebanon signed its first contract for offshore drilling for oil and gas in two blocks in the Mediterranean. In April Lebanon said that drilling in Block 4 had shown traces of gas but no commercially viable reserves. Exploration of Block 9, has not yet begun and is more controversial as ownership is disputed.