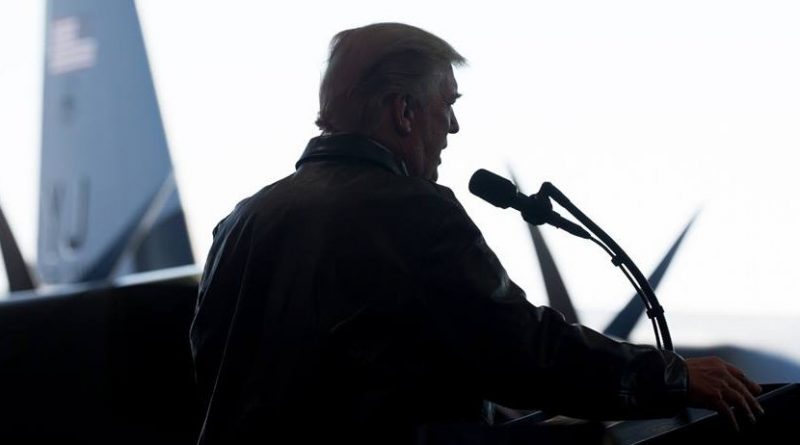 President Trump will attend the APEC Summit in Vietnam and celebrate the anniversaries of ASEAN and US-ASEAN Relations in the Philippines. Washington should seize this opportunity to seriously shape its post-TPP economic policies towards Southeast Asia by pursuing three initiatives.

President Trump’s visits to Asia marks the longest tour by a United States President since George H.W. Bush in 1992. Besides Japan, China, and South Korea, Trump will stop over in two ASEAN countries – Vietnam and the Philippines. According to his schedule, he will attend the Asia Pacific Economic Cooperation (APEC) Summit in Danang, Vietnam on 10-11 November 2017. This will be followed by his joining to celebrate the 50th Anniversary of ASEAN and 40th Anniversary of the US-ASEAN Relations in Manila, the Philippines, on 12-13 13 November respectively.

For ASEAN watchers, Trump’s participation is great news as it can to some extent tame the region’s angst regarding the probability of US disengagement. The major diplomatic gatherings this month can provide an opportunity for Washington to repair the damage done by its withdrawal from the Trans-Pacific Partnership (TPP) which has tarnished its reputation and kept the Southeast Asian states doubt its continued involvement in the region.

Increasing US’ Involvement in AEC

Washington should seize this opportunity to seriously shape its post-TPP economic policies towards Southeast Asia. There are several ways that the Trump administration can construct the policies to strength the US-ASEAN relations. Such enhancement can be achieved through three initiatives: by increasing US’ involvement in the ASEAN Economic Community (AEC); heightening Washington’s roles in APEC; and continuing its cooperation under the US-ASEAN Connect Framework.

The Southeast Asian nations are pursuing the AEC 2025 which consists of five objectives: a highly integrated and cohesive economy; a competitive, innovative, and dynamic ASEAN; enhanced connectivity and sectoral cooperation; a resilient, inclusive, people-oriented, and people-centred ASEAN; and a global ASEAN.” The path towards AEC 2025 is, however, not paved with roses.

The ASEAN members are having difficulties bringing down non-tariff barriers and narrowing the differences in their domestic rules and regulations. These challenges notwithstanding, there are certain aspects which the US can leverage on its expertise to help advance the AEC 2025. For instance, the US possesses great expertise in investment regulations.

Washington can take a lead by sharing its knowledge, experiences, and good practices when it comes to regulatory frameworks of investment promotion, property registration, and contract enforcement. These are the areas that Southeast Asian nations’ laws are less developed than those in advanced economies.

Heightening US’ Role in APEC

Critics often assert that there exist no binding commitment or treaty obligations under the APEC framework, making it no better than a talk shop. However, it is erroneous to dismiss the forum’s usefulness entirely. The non-binding nature of this platform can serve as its strength.

APEC has provided room for 21 economies to explore and incubate ideas regarding regional trade and economic governance which could be picked up and advanced at larger settings or even at the global level. One prime example is the grouping’s contributions to the World Trade Organisation (WTO)’s Agreement on Trade Facilitation coined in 2013.

After abandoning the TPP, Washington is left with APEC as a venue to foster trade and investment architectures in the region. While the Free Trade Area of Asia-Pacific (FTAAP) remains a long-term aspiration, US can actively create dialogues with the other participants at this gathering. For instance, Trump should take a lead in examining ways to jointly address the region’s challenges in areas such as e-commerce, micro, small, and medium enterprises (MSMEs), and investment liberalisation.

This initiative should be continued as it will not only advance AEC 2025 and deepen US-ASEAN economic ties, but also enable Southeast Asian economies to diversify their economies away from China which is slowing down due to its domestic restructuring.

Moreover, the scheme could make some ASEAN nations undertake particular domestic reforms, raising the probability that these states can conclude high-quality trade and investment agreements with the US in the future.

These recommendations notwithstanding, the meetings’ outcomes would be largely shaped by Trump himself. With his “America First” agenda intact, he might focus on lessening US’ trade deficits with several ASEAN nations, view his talks with Southeast Asian leaders as a zero-sum game, and attempt to cut economic deals favourable to Washington at the expense of ASEAN nations. This could sour US-ASEAN ties, jeopardising the opportunity that his visits offer.