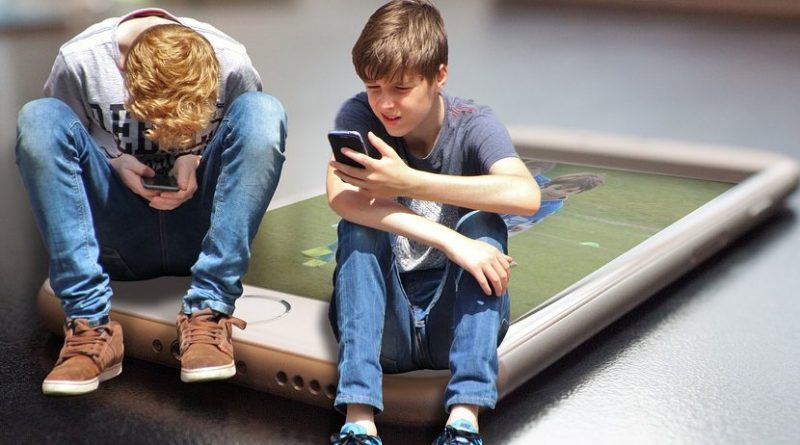 Children’s minds and personalities are being morphed by digital technologies, the internet and social media, a number of recent studies have shown. Additional studies have produced anecdotal, less certain evidence that children’s bodies are also being affected by these 21st century technologies. What has happened and what to do?

First, most kids have tablets and smartphones nowadays, and they get them at younger and younger ages. The 2017 report of Ofcom, the UK’s communications regulator, stated that more than 20 percent of toddlers aged three or four have a tablet of their own, more than 80 percent of kids aged 12 to 15 have a smartphone, and some 75 percent of this age group have a social media profile. Parents in the “developed” world spend an average of $300 a year on tech products for each of their children. Tablets are what children want most, followed by video games and digital cameras.

Most worrisome is the fact that one-sixth of primary school children surveyed recently said their parents never check on their digital and online activity; one-third said they surf the net, chat and watch videos in their bedrooms; and about one-third said they have never received any information, neither at home nor at school, on how to safely surf the net or even avoid being tricked into paying for products or extras that get thrown at them.

Children’s behavior and personalities are being strongly affected. It is now well understood that digital games, video programs, apps and social media platforms are often designed to be addictive. Video games use “reward loops” and progress levels that not only give players (especially younger ones) the impression that they are getting better and reaching “competitive” levels — they entice them to keep playing. Apps keep people hooked by tracking users’ digital behavior and sending personalized notifications. And social media platforms use endless displays, from bottomless Facebook and Twitter feeds to continuous YouTube “autoplay,” all keeping the reader/viewer/participant online for hours.

Attention spans and abilities to read and comprehend texts of even a few pages have drastically dwindled since the turn of the century. Nicholas Carr, an expert on the topic and the author of the well-received book “The Shallows: What the Internet Is Doing to Our Brains,” has noted that the internet has trained young brains to scan information as quickly and as efficiently as possible. In a telling analogy, he likens book reading to scuba diving (deep, quiet immersion with little distraction) and internet browsing to jet skiing (fast skimming of the surface in wide open fields with rarely anything really significant to focus on).

Students are so addicted to their digital devices and online activity and have such short attention spans that they either demand the right to use their mobiles, tablets and laptops in class or furtively switch them on anytime they can. But studies have shown that students who have their digital devices on during class don’t recall much of the lectures and certainly don’t perform as well on tests related to that material.

Personalities are also being affected, with significant increases in teenage anxiety, loneliness, depression, eating disorders, and asocial or even anti-social behavior.

Physical effects have also been reported, although the evidence is not quite robust. Short-sightedness has doubled since the 1960s, but how much of that is due to digital technologies is unclear. Doctors have also noted increases in neck and back pain in young patients, possibly related to the bad postures that kids take when they use smartphones.

For fairness and completeness, I should state that some experts have pointed to the positive effects of digital and online activity, from greater hand-eye coordination to strong abilities to scan images for details, as well as digital and media literacy more generally.

What should we — parents and educators — do?

First, we should never use digital devices as substitutes for our parenting duties. Using tablets as “digital pacifiers” for very young kids is absolutely awful. And leaving ten-year olds or even teenagers alone for hours with their smartphones and laptops is taking a big risk, if not downright asking for trouble (the web is a dangerous place in many ways). It has become known that the leaders of the digital revolution, from Bill and Melinda Gates to Steve Jobs and Chris Anderson (the former editor of Wired), either did not allow their young kids to use tablets and smartphones until their teenage years or imposed strict limits, including no usage of any screens in bedrooms. Anderson explained: “Because we have seen the dangers of (digital) technology first-hand.”

Secondly, policymakers and educators should order digital device and program developers to install timers that stop the device or program after, say, an hour, having given an advance warning to save any work or finish whatever activity the user was on. Children and teenagers need to be pushed to go out, walk and exercise, to spend time with their families and (real) friends, and to pursue hobbies, not to mention studying.

A year ago, The Atlantic published a long article by Jean M. Twenge titled “Have smartphones destroyed a generation?” along with data and graphics. The alarms are ringing; let us react fast and effectively to try to save the young generation.

* Nidhal Guessoum is a professor at the American University of Sharjah, UAE. Twitter: @NidhalGuessoum

Home » Do Today’s Children Need Saving From Their Smartphones? – OpEd