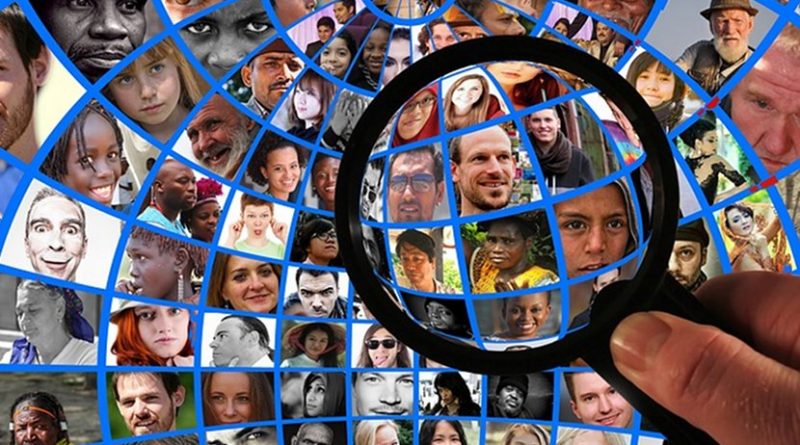 If you could transport yourself back to the Middle Ages and tell people that living things too small to see can cause disease, they’d think you were crazy. Seeing is believing and, quite often, not seeing is not believing. Tragically, this phenomenon is also operative with the virus in our political system called Big Tech bias, which is, unseen by most and with no paper trail, killing Republican electoral chances and remaking our nation.

What if I told you that Big Tech could have been responsible for President Trump’s impeachment? What about the credible expert who warns that Big Tech can shift up to 15 million votes in November? Note here that over the last eight elections and 32 years, no president has won by more than 9.5 million votes. Shifting 15 million is easily enough to turn most any modern election.

And what if it can be said with certitude that Big Tech will win numerous races for Democrats this fall? Do I have your attention yet? Are you skeptical? Well, I’m going to explain this in a way you haven’t heard before.

Conservatives understand vote fraud — a subject I’ve reported on for years — and are wary of it. But after studying Big Tech manipulation, I can tell you that vote fraud is small potatoes in comparison.

The aforementioned expert, Dr. Robert Epstein, a Democrat-favoring liberal who is the senior research psychologist at the American Institute for Behavioral Research and Technology, has warned for years that “Big Tech companies now have unprecedented power to sway elections.”

“In President Eisenhower’s famous 1961 farewell address, he warned not only about the rise of a military-industrial complex,” Epstein recently wrote; “he also warned about the rise of a ‘technological elite’ who could someday control our country without us knowing.”

“That day has come,” he laments.

I know what you may be thinking: “No tech nerd can change my vote.” Heck, I hear all the time from conservatives who won’t even use Facebook or Twitter. But it’s not about you. It’s not about me. We’ll vote our passions regardless. It’s about swaying undecided voters — and a majority of Americans now get a good percentage of their news from Big Tech.

Roughly speaking, approximately 35 percent of the electorate will vote Democrat and 35 percent Republican regardless. It’s the 30 percent in-between who’ll “decide” the election. Capturing a majority of them will likely win you the day.

Now, these are people who, like so many others, often make emotion-based voting decisions. They have no firm party allegiances and choose who they perceive is the best candidate. So if you alter their perception, you alter their vote. This is what big Tech does.

By exposing voters to just the right news at just the right time, they manipulate opinion. This is nothing new. Conservatives used to complain pre-Internet/cable news/talk radio of how the mainstream media — which then had a monopoly over information flow — shaped public opinion. The difference is that with Big Tech collecting information on tens of millions of users, it can devise algorithms perfectly suited to the manipulation effort. It also can better effect an illusion of impartiality (Google just delivers what you search for, right? Yeah…).

How effective is this? “As Epstein’s previous studies have shown, this can have a huge impact on the decisions of undecided voters, who often assume that their [Google] search results are unbiased,” reported Breitbart last year.

In fact, Epstein found that Google bias alone assuredly won the Democrats seats in the 2018 midterms. He determined that this bias “could have influenced 4.6 million undecided voters to support Democrat candidates,” Breitbart also relates — and this is a low-end estimate. Moreover, this calculation doesn’t even factor in Facebook, Twitter and other tech giants.

In other words, it’s entirely conceivable that Big Tech could have won the House for the Democrats. If this was so, it also means the tech leviathans are responsible for Trump’s impeachment and the stymieing of his agenda, phenomena only possible because Nancy Pelosi holds the speaker’s gavel.

Worse still, Epstein reports that if the whole of Big Tech favors the same candidate, it can shift up to 15 million votes in November. I mentioned earlier how significant this figure is, and it’s why Epstein wrote last month that Trump can’t win “[n]o matter which weak candidate the Democrats ultimately nominate.” I myself wouldn’t be so sure; then again, maybe Epstein knows something I don’t.

Of course, the suspicious may suggest that Epstein is a manipulator himself who’s trying to dishearten Trump supporters. Forget that. I’m certain Epstein is a straight shooter who’s genuinely concerned about a dystopia-delivering tech oligarchy. Also know that he has his own conspiracy theory — and an understandable reason to entertain it.

Last year brought Epstein fame — he’s considered a Google “whistleblower” and testified before Congress in June — and also tragedy: His wife was killed in a fatal car crash late December. A few weeks later, he tweeted the following:

Epstein now emphasizes in his anti-Big Tech writings that he’s “NOT suicidal.”

I’m fairly confident his wife’s tragedy was just an accident, but what I’m completely sure of is no conspiracy theory: Big Tech will win the Democrats millions of votes in November.

While President Trump emphasized last year when asked about tech power that he “won” in 2016, the point is this: It’s possible that more than Hillary Clinton’s entire three-million popular vote advantage was attributable to Big Tech meddling (not to mention vote fraud). Thus, Big Tech might have handed the Democrats their puerile “She won!” talking point.

Furthermore, what you can bet on in November is that however well the GOP does, it would have done better if not for Big Tech meddling. For instance, if Trump wins by two million votes, he would otherwise perhaps have won by 10 or 15 million. If the Democrats retain the House, they otherwise might have lost it. If they flip the Senate, the Republicans otherwise might have held it.

No, I can’t give you precise numbers (and it doesn’t really matter); that’s Epstein’s domain. But this is a bit like illegal migration: It’s hard to accurately measure something so shadowy — it’s not hard to know that it threatens your civilization.

Big Tech censorship is nothing new, and I and millions of other traditionalists have long been victimized by it. But the tech leviathans, not wanting a 2016 repeat and smelling blood, are now putting the hammer (and sickle) down. They, not the Russians, are the ones literally hacking our republic.

As Epstein warned when testifying before Congress, “[D]emocracy as originally conceived cannot survive Big Tech as currently empowered.” It most certainly cannot — and we ignore these warnings at our own peril.