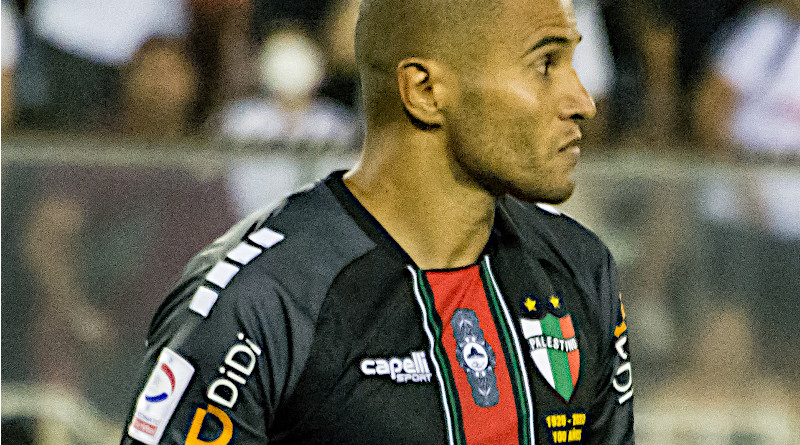 I was only introduced to the term “Chilestinians” last February at a conference in Istanbul, during a presentation by the director of the Palestinian Federation of Chile Anuar Majluf. When Majluf referred to the well-rooted Palestinian community in Chile, who number between 450,000 and half a million, using that unfamiliar and peculiar phrase, I smiled. Others did too.

It is quite rare that a conference on Palestine, anywhere, would include such an upbeat atmosphere as that introduced by the Chilean-Palestinian leader, as the current discourse on Palestine is saturated with a deepening sense of political failure, disunity and betrayal. I say “Chilean-Palestinian” for the sake of convenience because, later on, I realized that the term Chilestinians was not coined haphazardly or jokingly.

Dr. Lina Meruane, a Chilean scholar of Palestinian descent, told the Scene Arabia online magazine that the term Chilestinians is different from Chilean-Palestinian in the sense that it is a demarcation of a unique identity. “It’s not a hyphenated identity, but the fusion of two identities that belong together and have no issues belonging together,” Meruane said.

It might come as a surprise to those of us not familiar with the Palestinian experience in Chile to learn of the old adage, “for every village in Chile, you will find three things: A policeman, a pastor, and a Palestinian.” The saying expresses the historical bond between Palestine and a country that is located on the extreme southwestern coast of South America.

The immense distance — more than 13,000 kilometers — between Jerusalem and Santiago might, in part, explain the reason why Chile and its large Chilestinian population has not occupied its deserved status in the collective mind of Palestinians everywhere. But there are other reasons too, leading among them being the fact that successive Palestinian leaderships have failed to fully appreciate the immense potential of the Palestinian diaspora, especially the community in Chile. The Chilestinians’ story is not only one of struggle and perseverance, but also of great success and vital contributions to their own society and to the Palestinian cause.

Starting in the late 1970s, the Palestinian leadership labored to politically engage with Washington and other Western capitals, culminating in the pervading sense that, without US political validation, Palestinians would always remain marginal and irrelevant. This calculation proved disastrous. After decades of catering to Washington’s expectations and diktats, the Palestinian leadership has returned empty-handed, as the Donald Trump administration’s “deal of the century” has finally proven.

Political decisions have cultural repercussions too. For at least three decades, Palestinians have re-oriented themselves politically and culturally, disowning their historical allies in the Southern Hemisphere. Worse, the new thinking widened the chasms between Palestinians in Palestine and their own brethren, such as the Palestinian communities in South America, which held on tightly to their identity, language, music and love for their ancestral homeland.

What is so unique about the Palestinians in Chile and other Palestinian communities in South America is that their roots go back to decades before the destruction of Palestine and the establishment of Israel on its ruins in 1948. Israel often claims that its Palestinian victims lacked a national identity in the modern sense. Some scholars — at times well-intentioned ones — concur, claiming that a modern Palestinian identity was largely articulated after the Nakba, the catastrophic destruction of historic Palestine. Those who are still stuck at this historical distortion must introduce themselves to Palestinian historians like Nur Mashala and his must-read book “Palestine: A Four Thousand Year History.”

The Chilestinians offer a real-life example of the true strength of the collective Palestinian identity that existed before Israel was violently imposed on the map.

Deportivo Palestino, a prominent football club that plays in Chile’s Primera Division, was unofficially established in 1916, and officially four years later. I learned from the Chilestinian delegation to Istanbul that the founders of the Palestinian community in that country established Palestino to ensure that their children would not forget their origin and that they would continue to chant the name of Palestine for many years to come.

The football club — known as Palestine’s “second national team” — will soon celebrate its 100-year anniversary, which is likely to take place amid the predominant chant of “Gaza resists; Palestine exists.”

Palestino’s La Cisterna stadium in Santiago — a towering edifice adorned with Palestinian flags — is not only testament to the tenacity of the Palestinian identity, but also the generosity of Palestinian culture, as it is one of the city’s largest communal hubs, bringing people from all backgrounds together in an ongoing celebration of everything they have in common.

To avoid any reductionist understanding of the Palestinian experience in Chile, and all of South America, we must accept that, like any other society, the Palestinians there have their own divisions, which are often governed by wealth, class and politics. This division reached its height during the US-backed coup of dictator Augusto Pinochet in 1973. But the rift did not last long, as the Chilestinians united once more following the Israeli-engineered massacre of Sabra and Shatila, in Southern Lebanon, in 1982.

Slowly, the Palestinians of South America are beginning to take center stage in the larger Palestinian stream, not only as part of the collective Palestinian identity, but also as a role model that must be fully understood and even emulated.

Not a day goes by without me checking my sports app to follow the progress of Deportivo Palestino. I know that many Palestinians in other parts of the world do the same because, despite the distance and language and time differences, we will ultimately always remain one people.