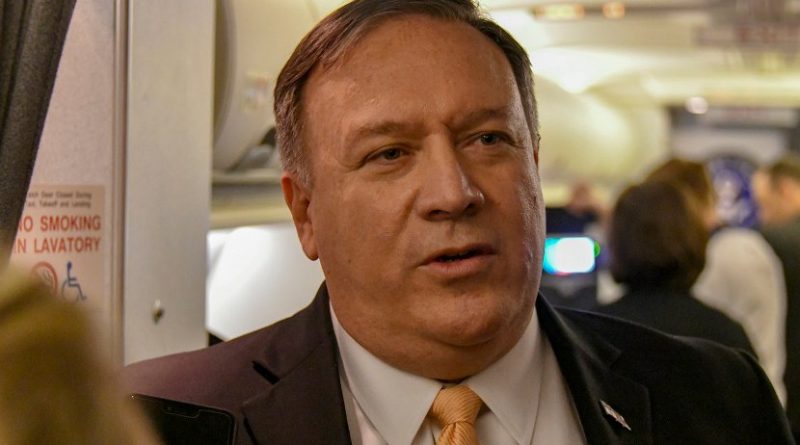 (RFE/RL) — The U.S. State Department has announced that Secretary of State Mike Pompeo will meet with Russian President Vladimir Putin and Foreign Minister Sergei Lavrov during a visit to Russia on May 13 and May 14.

In a statement on May 10, State Department spokeswoman Morgan Ortagus said Pompeo’s talks with Putin and Lavrov would take place in Russia’s Black Sea resort city of Sochi on May 14.

Ortagus said the three would discuss “the full range of bilateral and multilateral challenges” facing Russia and the United States.

Pompeo’s schedule calls for him to arrive on May 13 in Moscow where he plans to meet with U.S. embassy staff and with U.S. business leaders in Russia.

Pompeo also plans to lay a wreath at the Tomb of the Unknown Soldier — a memorial near the Kremlin that honors soldiers from the Soviet Red Army who fought and died in World War II.

Home » Pompeo To Meet With Putin, Lavrov During Visit To Russia Next Week