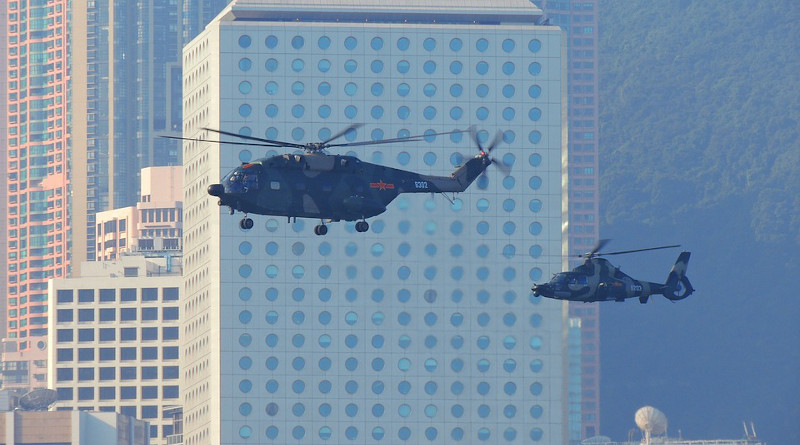 If you were hoping that the Chinese Corona Virus would be an opportunity to work together to develop a bipartisan approach to making sure this can’t happen again, I’m sorry to disappoint. Putting partisanship aside in favor of serious solutions to complex problems is apparently too much for a small but vocal community on the fringes of the U.S. national security community as evidence by their continuing calls to slash defense spending, and sustainment of America’s nuclear deterrent in particular.

And now a leader of the House Progressive Caucus has proposed eliminating a leg of the nuclear triad – the land-based intercontinental ballistic missile – in the name of responding to the Virus. While such bad calls are not new – they have been resisted time-and-time again by responsible leaders on both sides of the political divide – it seems a once-in-a-century global pandemic has done nothing to chasten partisanship in some quarters of Washington.

The pandemic has claimed more than 100,000 Americans, almost half a million in the rest of the world. The U.S. unemployment rate is now over 14 percent, the worst since the Great Depression. To respond to the economic disruption that was created by efforts to “flatten the curve”, Congress has appropriated, and the President has enacted, more than $6 trillion (including Federal Reserve efforts) in various capital infusions into the economy. If that number doesn’t get your attention, the fact that so much borrowing is being added on top of a debt that was already $22.7 trillion as of the end of the federal fiscal year for 2019 certainly should.

With these eye-popping numbers, it’s perfectly reasonable, and long-overdue, for Washington to get serious about getting federal spending under control. But how to do that?

In May of this year, more than 50 hard Left interest groups wrote to the presumptive Democrat nominee, former Vice President Joe Biden, urging him to slash the nation’s defense budget, including the nuclear deterrent that defends the United States and as many as 30 treaty allies, by $200 billion per year because the nation’s military has proven, in their opinion, “woefully ill-prepared to confront the growing transnational threats to human security”. Of course even before the pandemic, many of these same groups were arguing the same policy prescription (drastically slashing the defense budget) in May of 2019. One might give credit for consistency; but, one may also criticize playing politics with a national crisis like the Wuhan Virus pandemic.

Math, like facts, is a stubborn thing. Even before spending more than $6 trillion to confront the pandemic, the United States was spending more than $500 billion per year to finance the debt. That’s roughly the amount that would be spent on the Pentagon if the nation’s leaders decided to follow the prescriptions of the extreme Left Wing interest groups.

After the pandemic, and without factoring in another $3 trillion bill having been passed by the House of Representatives within the past two weeks, interest payments on the debt will likely exceed today’s defense budget (roughly $738 billion). Put another way, as a country, we have essentially reached a point where cutting the entire defense budget will not be enough to balance our overall fiscal balance sheet.

So what of the extreme Left Wing’s policy prescription? Let’s start, for example, with prominent House Progressives. This group has long-opposed the sustainment of the U.S. nuclear deterrent, apparently unswayed by Russian and Chinese nuclear build-ups, to say nothing of the bipartisan civilian leadership of the Obama and Trump Administrations and the nation’s military leaders. Their proposal has long been for the U.S. to disarm in the hope that somehow our rolling back our defenses will inspire or lead the others who are building up and targeting us. No wonder this policy is rejected each time offered; it defies common sense and any knowledge of world history.

But, in the spirit of not letting a crisis go to waste, they are trying again. Now the choice is: sustain the nuclear force that deters attack on the U.S. and its allies, specifically the land-based leg , or spend money on pandemic response. Of course this is a false choice.

Modernizing the ICBM force was a key recommendation of two Presidential Administrations. The Minuteman III was first deployed in 1970. The missiles’ useful life cannot be extended any longer: it’s either modernize them with the new Ground-based Strategic Deterrent (GBSD) program or lose them altogether.

At $63 billion over 20 years, GBSD is a vital part of the nation’s defense. Cutting the program entirely this year would amount to .002% of the defense budget for fiscal year 2021, and .0003% of projected federal spending and .0002% of spending to date on the pandemic. No serious effort to fix the federal government’s increasingly unstable budget deficits and debts would start by cutting vital military programs like the sustainment of the nuclear deterrent – the ultimate security guarantee for the United States and its allies.

And we would be disarming at the same time Russia is fielding several new ICBMs. The People’s Republic of China is fielding a triad for the first time, and the ruling Chinese Communist Party’s media outlets are calling for a rapid build-up in its land-based missiles as part of a belligerent screed expressly aimed at the United States.

As the Presidential Special Envoy for Arms Control recently stated at an event I moderated at Hudson Institute, “[t]he risk of any cuts to the bipartisan consensus on modernization and the plans that we have that are underway, in the midst of a negotiation, is to inadvertently or otherwise, hand the initiative to either Beijing or Moscow, or both.” The idea that the U.S. would unilaterally disarm in the face of Russian and Chinese nuclear arms racing, and in the middle of an arms control negotiation, is wildly reckless.

Which is why it isn’t a serious policy proposal, as dangerous as it would be in practice. It’s a part of a recycled policy wish list rejected time and time again by those with responsibility for the security and safety of the American people.

*About the author: Tim Morrison is a Senior Fellow at the Hudson Institute

Home » Not The Time To Recycle Bad Ideas – OpEd